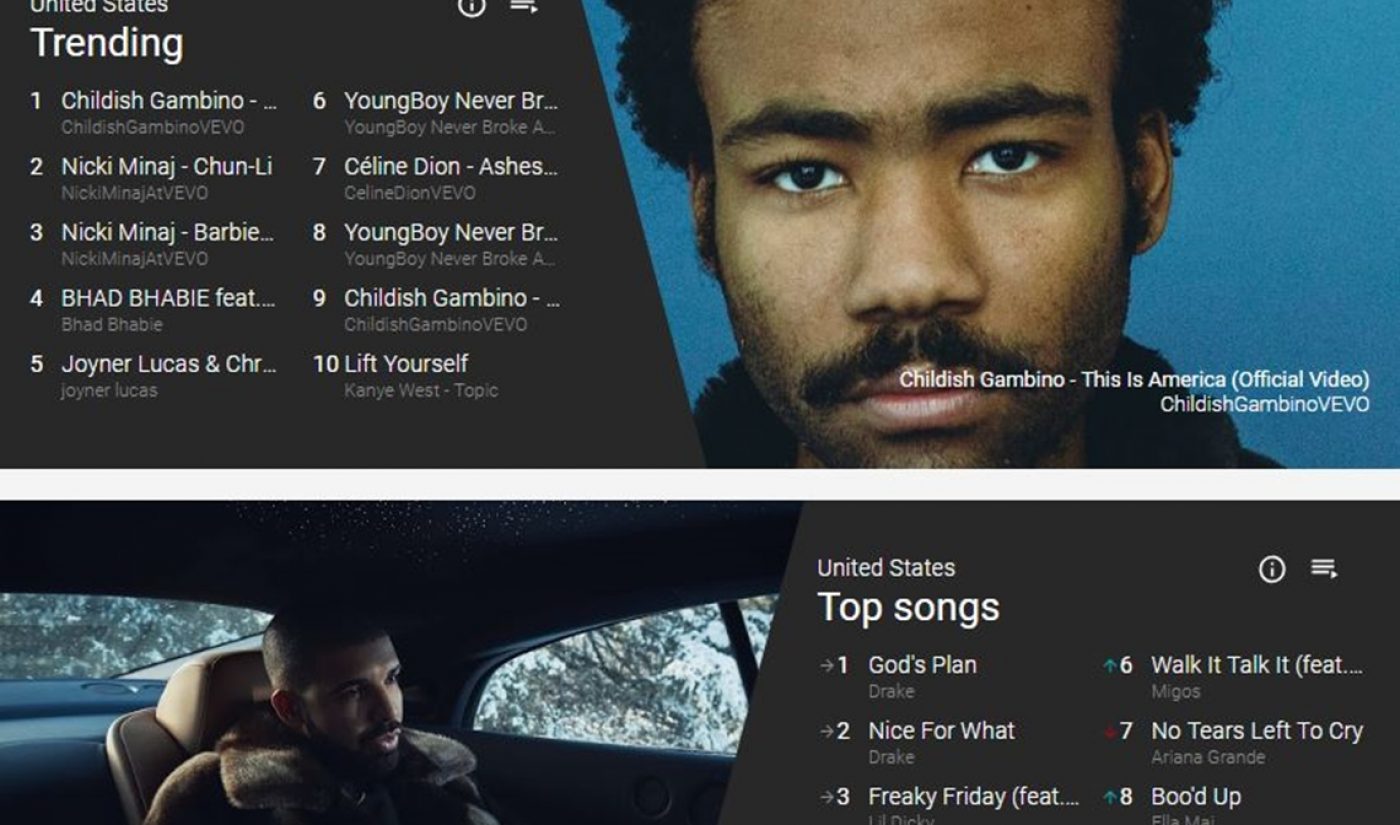 YouTube is remaining mum on its long-rumored Remix music subscription service — of which certain users may be getting an early glimpse — though the video giant unveiled today four new music charts that showcase top trending videos, artists, and tracks globally.

The new charts, including an all-new Trending Chart — which is separate from the general ‘Trending’ tab on YouTube’s flagship site — will be available in 44 countries, such as the U.S., Japan, Germany, Brazil, and the U.K. The three other charts, which are available here, will measure Top Songs, Top Artists, and Top Music Videos. “The new charts are based purely on the number of views,” YouTube Music product manager Chris Clark clarified in a blog post, given that the site is fairly secretive about how its existing Trending feed operates.

Rolling Stone notes that the charts arrive just as Billboard changed last week the methodology by which it calculates its own music charts, downplaying ad-supported venues like YouTube in favor of paid streaming services.

The new music-centric Trending chart will be updated multiple times throughout the day, Clark said, and represents “YouTube’s first dedicated external signal of the most-viewed new music on the platform.” Right now, for instance, Childish Gambino is sitting high atop the list, followed by Nicki Minaj and viral Dr. Phil guest-turned-rapper Bhad Bhabie.

The Top Songs chart will be updated weekly on Sunday at 3 pm ET, and will measure the most-played songs on YouTube — including plays of official music videos and other user-generated and lyric videos containing the track. Top Artists, also updated every Sunday afternoon, will be based on the total views of an artist’s discography, including official music videos, user-generated clips, official live performances, remixes, lyric videos, album tracks, and collaborations.

Finally, the Top Music Videos chart will turn a spotlight exclusively on official music video viewership, with an updated rundown also arriving every Sunday at 3 pm. “Expect more charts, more countries, and more information about your favorite songs and artists to roll out soon,” Clark concluded.