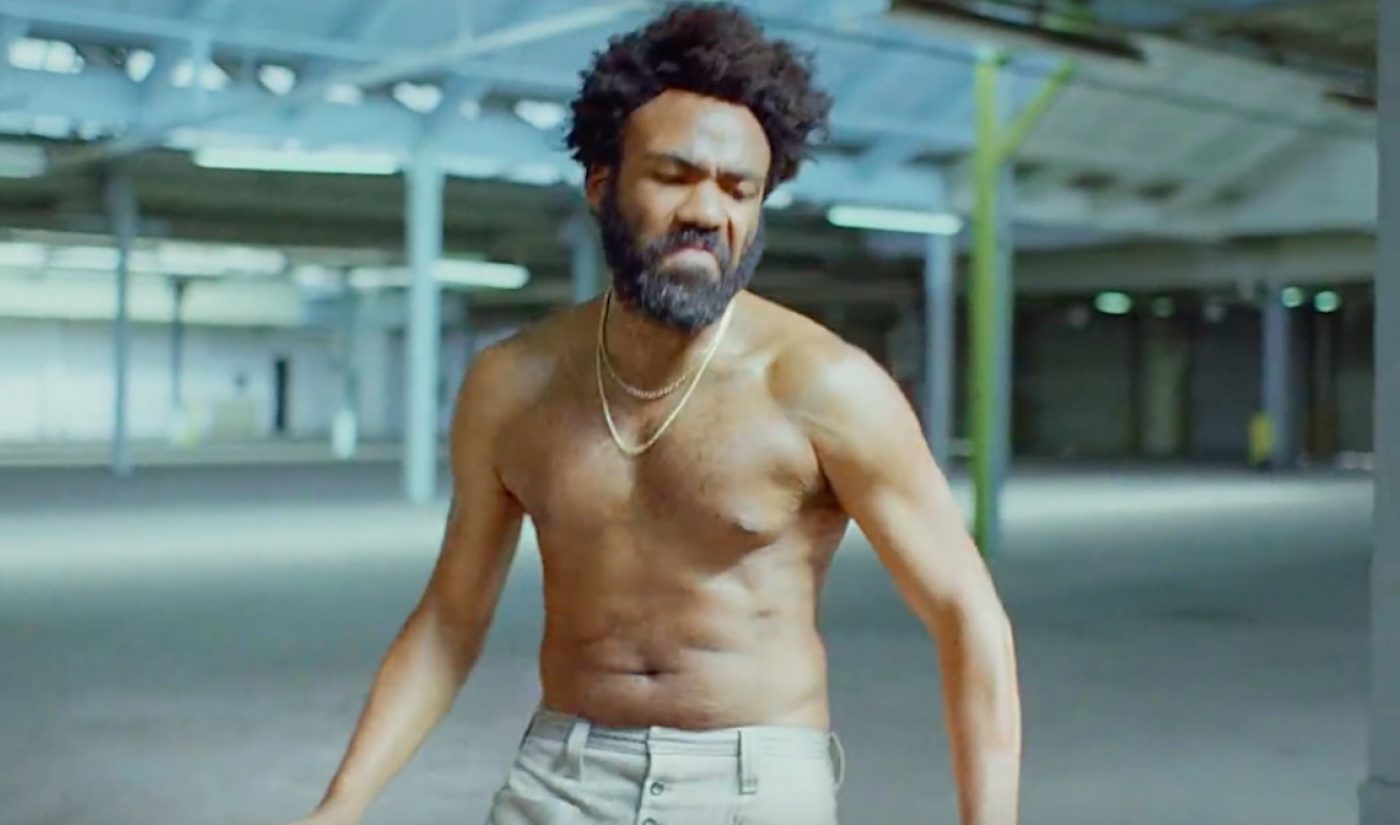 Childish Gambino, aka the multi-talented Donald Glover, broke his own YouTube record today with the music video for “This Is America.”

As of this writing, the video has roughly 55 million views on Glover’s YouTube channel (where he has over 2.1 million subscribers). “This Is America,” which focuses on race and gun violence, gained about 12.9 million views in the first 24 hours following its May 5 release, making it one of the top 10 biggest music video debuts on YouTube in 2018. In its second day on the video platform, for instance, Glover had amassed 30 million views, gathering upwards of 950,000 views in just one hour on May 7, according to YouTube.

The impressive viewcounts correspond to the video’s media reception. Many outlets have spent the past few days breaking down its symbolism, including Time, whose video doing just this currently sits atop YouTube’s trending list. Driven by powerful and disturbing images marked by gun violence, Jim Crow imagery, and a nod to the 2015 mass murder of black churchgoers by white supremacist Dylann Roof in South Carolina, there’s plenty of symbolism to dissect.

Glover’s video is still among the top 20 trending videos on YouTube right now. Yesterday, however, some viewers speculated that YouTube was “actively suppressing” This Is America in the U.S. To some, it didn’t appear in YouTube’s trending tab on May 8 while it simultaneously topped that list in other countries, according to this Reddit user. Naturally, other Reddit users had a number of explanations for this inconsistency.

Hiro Murai, who has also directed several episodes of Glover’s FX series Atlanta, directed the video for “This Is America.”