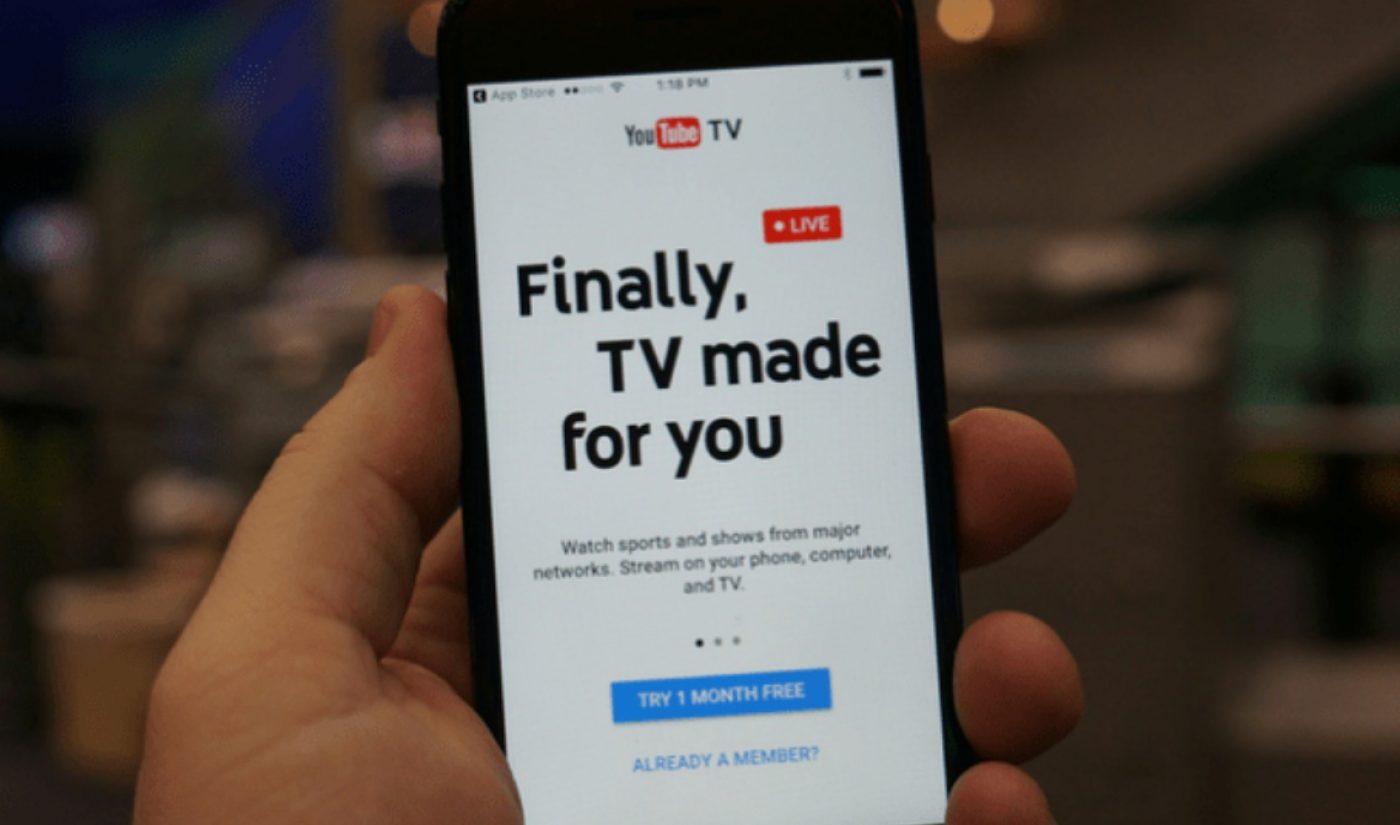 Days before its annual Brandcast in New York, YouTube has announced a trio of new tools for advertisers, all three of which are designed to take advantage of the growing number of consumers who watch the world’s top video site on their TVs. Among other updates, YouTube will soon add some inventory from its year-old YouTube TV skinny bundle to its lineup on the premium ad tier known as Google Preferred.

Though YouTube has long had a notable presence on TVs thanks to the availability of devices like Google Chromecast, but the platform’s viewership on those screens has risen significantly over the past year, and YouTube TV, which offers access to more than 50 live TV channels for $40 per month, is a big reason why. A January report noted that the skinny bundle had reached 300,000 total customers. According to Deadline, YouTube users now watch 150 million hours of content on TVs each day.

Such large viewership presents a palpable opportunity for brands, and YouTube wants its partners in the advertising world to be able to reach the cord-cutting audience it commands. Beginning in the fourth quarter of 2018, some of the networks whose channels are available via YouTube TV will make inventory available via Google Preferred, which launched in 2014 and also includes the top 5% of all YouTube channels among its catalog.

The other two tools YouTube has announced are more general, but both are targeted at consumers who watch content on TV screens. Google will introduce a demarcation in its AdWords program for “light TV viewers,” thus allowing advertisers to specifically viewers who watch most of their TV online and are less likely to own cable subscriptions. In addition, a new category in both AdWords and DoubleClick Bid Manager will allow users to specific serve ads to those who are watching on TV screens.

We’re expecting to learn more details about all of these tools at YouTube’s annual Brandcast, which will take place in New York on May 3.