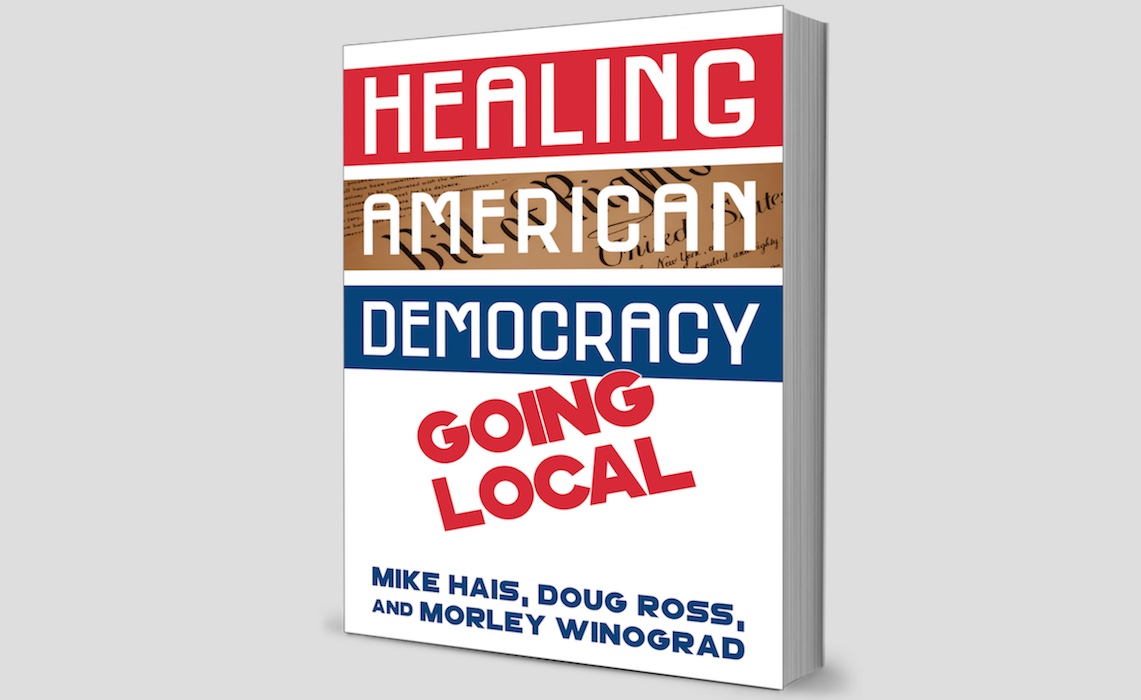 Insights: How Tech, The Young, And A Local Mindset Might Reset America’s Fractured Politics

A decade ago, Mike Hais and Morley Winograd wrote “Millennial Makeover: MySpace, YouTube and the Future of Politics,” about how decentralized new social-media platforms and a huge, civic-minded young generation would dramatically transform American politics.

The pair built on previous sociology theory about generational change, and mixed in how emerging technologies such as the telegraph, radio, and TV had helped drive previous cyclical resets of American politics. They weren’t sure who would win in 2008, but thought a young Illinois senator might harness social media and generational shifts to win the White House.

Their book turned out to be prescient, though neither it nor a successor, “Millennial Momentum,” could predict what came after Obama. In 2016, a very different outsider candidate harnessed even more powerful and pervasive social media and Big Data to ignite a hyper-partisan, resentment-fueled, bubble-wrapped campaign. And here we are.

It’s time for another political reset, the first since the New Deal, Winograd and Hais argue. And this time, we need to look past Washington-driven solutions to empower local “laboratories of democracy,” backed by strong Constitutional protections, and all connected and leveraged by the new technologies.

“All these forces of change – the generational change, the communications change, our economic changes  – are leading to a complete transformation of American society from a top-down structure to a bottom-up one,” Winograd said. “Now we need a solution that preserves democracy in the middle of that change.”

Their new book is “Healing American Democracy: Going Local” (Blue Zephyr: San Francisco), co-authored with former Michigan state official Doug Ross. (Disclosure: I worked a decade ago with Winograd at the USC Marshall School of Business, where he ran an institute focused on communications tech.) He previously was a special advisor to Vice President Al Gore. Hais, who also has a political background, is a former executive at tech and media consultancy Magid Associates.

Amid all the post-2016 political wreckage and recriminations, the new book suggests it’s time to move away from the top-down, centralized approaches favored since the 1930s New Deal, which has become politically ossified.

Decentralization mirrors how social media and other technologies work, and how we as people increasingly work too. We are, largely, the gatekeepers of what we see. Our entertainment and news are no longer funneled through a tiny handful of network programmers, book publishers, newspaper editors and music-label executives.

We find our tribe, and choose from a seemingly endless array of news (or “news”) sources. Of course, that feature turned into a giant bug in 2016, thanks to Russian troll farms, gullible consumers and oblivious Facebook, Twitter and Google executives, trying to give us what we thought we wanted.

We’ll see if Mark Zuckerberg and his slightly abashed industry colleagues can fix their end of this particular mess. But largely, we have a new playing field, and need to understand how that affects the game going forward.

As it is, we see plenty of local governments, including the city and state where I live, Los Angeles, CA, embarking on local experiments in climate change, livable wages, transportation, gun control, immigration, and many other issues. Those experiments often go far beyond what’s politically possible at the federal level, or even openly defy what’s happening in Washington.

Local governments are using Big Data to improve the way Big Bureaucracies actually deliver services to humans. They’re using other technologies to improve residents’ connections to government, from alerting the street department about potholes to commenting on land-use proposals to spotlighting crime hotspots for heavier enforcement. And young people are engaged, intensely, on issues that matter to them.

“One of the things we wrote about regarding Millennials is their tendency to think globally but act locally,” Winograd said. “They are very motivated by causes. They seem very motivated for the upcoming election, but when they think about how to do something about an issue, such as the environment, they almost always first think about solving the problem at a level where they can have an immediate or more direct impact.”

Crucially, the book says that empowering more local decision-making isn’t an excuse to return to the states-rights claims of Jim Crow-era local racists. Rather, local approaches would still be gated by strong enforcement of Constitutional protections and federal obligations. Ensuring equal rights while encouraging experimentation is designed, in the thinking of the authors and the Founding Fathers, to accommodate the needs and expectations of different communities.

As Hais and Winograd told me recently, what make sense for tech workers in San Francisco or designers in New York won’t necessarily work for Wyoming ranchers or Alabama small business owners or Iowa factory workers.

But our divisions aren’t pure urban-rural splits or coasts vs. the middle, they said. Wildly different areas sometimes have similar needs, even on divisive issues such as immigration.

Silicon Valley corporations looking for computer scientists need foreign workers as much as rural Georgia farmers, who need someone to harvest their crops. Both areas could be allowed to sponsor more foreign workers – as long as those workers met federal immigration standards. Other areas could opt not to sponsor any immigrants, exercising more fine-grained local control over a significant national issue.

“We need to go totally bottom up, and create an ecosystem of growth,” Winograd said. “Don’t try and dictate what the improvement must be. It’s happening spontaneously because it’s the way that people can actually feel like they’re making a difference.”

The third “pillar” of the Hais/Ross/Winograd prescription relies on tech to make sure smart local innovations get seen and used in other places.

“Let’s take advantage of the social-media capacity that we now have, as well as the Millennial generation’s desire to share everything they learn, and let’s build some new communications and social systems focused around making sure one locality knows how another locality solved a problem,” Winograd said. “A whole lot of things can be done if we start to build what we call ShaRe networks, for sharing and replicating those kinds of experiences.”

Millennials now comprise 36% of the adult U.S. population. Coming up behind them are the “Plurals,” so-called for their pluralistic mindset and demographics,

“They are a very group-oriented generation,” Hais said of the Plurals. “They tend to focus on what the group believes, and in trying to reach some sort of consensus on group behavior, group attitude. They also are a diverse generation ethnically and finally, at least at this point, they are very unified politically. They identify as Democrats by about a two-to-one margin.”

The oldest Plurals are just about to hit adulthood, voting age. Their Millennials-and-then-some approach to solutions will fuel the rapid change looming dead ahead. Just look at what’s happened with student walkouts, the marches and political pressure after the Parkland shootings earlier this year, and the rise of young Plurals leaders such as David Hogg.

Hais and Winograd said they wrote the book to help spark change. They may be riding this whirlwind as much as sparking it.

But much may be possible in coming years if we indeed can build on the Millennial/Plural desire for a better place, gated by Constitutional protections, and connected by powerful technologies. Now wouldn’t that be nice?