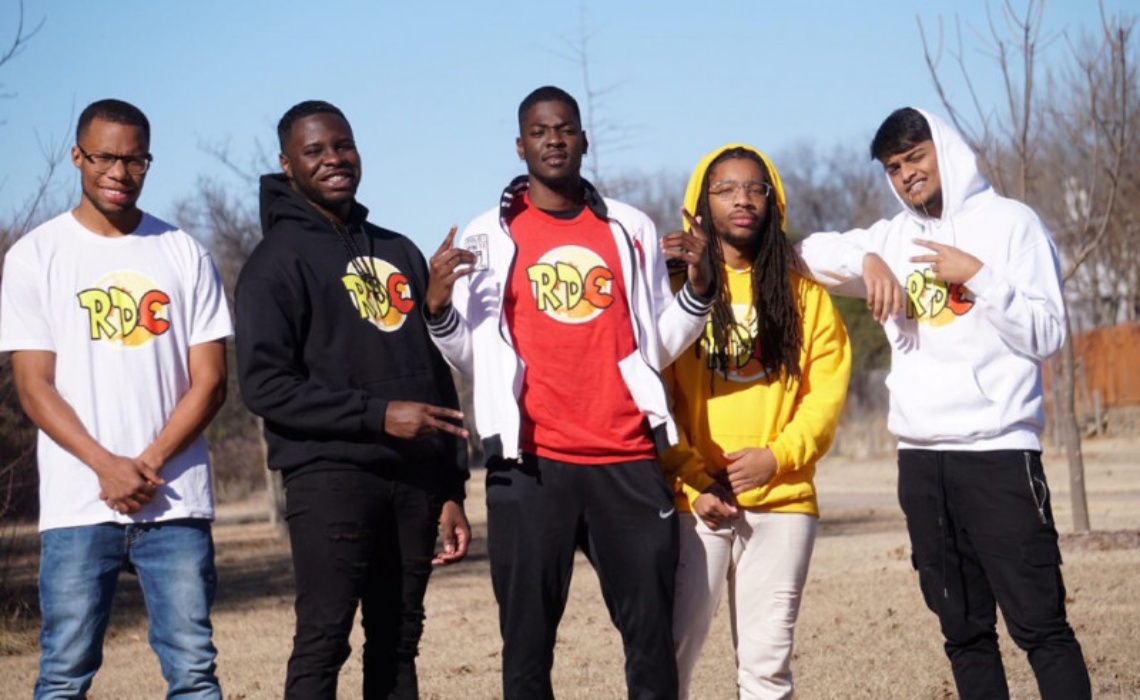 YouTube Millionaires: RDCWorld1 Has “Paved The Way” For Viewers To Embrace Passion For Anime

This installment of YouTube Millionaires is brought to you by Epidemic Sound.

When it comes to subjects like anime and sports, RDCWorld1 is full of jokes.

The popular channel, run by five friends who star together in sketch comedy videos, imagines ridiculous scenarios that take place in the worlds of popular anime shows, in the locker rooms of professional sports teams, and, quite often, in the hood. With their simple style, the RDCWorld1 guys have carved out a niche of their own, and millions are tuning in. Here’s our conversation with them:

RDCWorld1: It truly feels amazing to have reached the threshold of having over one million subscribers. Our fans are who we owe all of our success to, because without their love and support, none of the things that we have accomplished would be possible.

TF: What made you decide to get started on YouTube?

RDC: Originally, the YouTube channel was created as a way to promote our manga, The Resistance. After reaching out to several companies and constantly pushing to show our manga to the world, it seemed that it just wasn’t the right time for it. So the manga was put on the back burner temporarily, and we all began making comedy videos in order to build our name so that one day, we can go back to reach our dream of having an anime/manga of our own.

TF: Why do you think anime has become so popular among American viewers?

RDC: It’s not so much that anime has “become” popular among American viewers. I believe that people have always watched anime, but they were just scared to admit it due to a number of reasons. One of those reasons being that they were afraid of what people would think of them for watching it. I strongly believe that we paved the way for people to become more comfortable with their passion for watching anime through the content that we create. That’s where a ton of our core fan-base derived from.

TF: How long does it take you to write and shoot one of your sketches?

RDC: It honestly depends on what kind of video is being filmed to determine for long they take to write and film. For social media videos, such as Instagram, Twitter, and Facebook, they can take anywhere from a few hours to an entire day. And as for YouTube skits, since they’re a lot longer in length, they can take anywhere from a few days to a few weeks. We hardly ever write scripts for our videos, we just go off of an outline and improvise our lines so that the scenes come out as more naturally.

TF: Given that some of the anime shows you discuss in your videos already feature ridiculous characters, do you ever find it difficult to make jokes beyond what’s already in the shows?

RDC: Coming up with jokes pertaining to anime characters usually come pretty naturally to us since all of RDC watches tremendous amounts of anime. The difficult thing is actually trying to portray some of the jokes in videos so they do not come off as corny or forced.

TF: Why do you think your sports “locker room” sketches have been so popular with your fans?

RDC: I believe that the locker room videos are heavily popular with our fans for a number of reasons. The first reason is that they are very unique in the respect that no one has never done a video similar to them before. The next reason is because we release them in a fashion to where they are extremely relevant to what is going on in the sports world, which brings a ton of attention to them. And the last reason is because tend to only do them during the playoffs and finals of the NBA, which builds up a lot of hype and anticipation for them.

TF: When watching a show or sporting event, are you constantly trying to think up ideas for videos? If so, how do you make sure you remember them?

RDC: While watching shows or sports, we always make sure to keep an open eye in case ideas come to us, because if not, opportunities for great ideas could be missed. Whenever an idea comes to us, we always write them so that we don’t forget them.

TF: What’s your strategy for your merchandise?

RDC: We partnered with a clothing distributing company under the name of Bonfire who we send merchandise designed by us. By doing this, we use their website so that our fans can go there and purchase our merchandise.

RDC: We plan to continue making content for both our YouTube channel and social media in the hopes that one day, we can land a spot on Netflix or Hulu. So until then, we’re going to continue down our path of being the best content creators we can be.

This installment of YouTube Millionaires is brought to you by Epidemic Sound. Epidemic Sound was founded in 2009 with the sole purpose of creating possibilities and benefits around music in all stages – both for the ones who compose it and the ones who use it. We’ve achieved that by collecting music in an ever-growing library, to which you can subscribe for unlimited use or license tracks per second. Both equal music clearance on all platforms, worldwide in perpetuity. Today we have over 25K high-quality tracks at the tip of your fingers. Go ahead and create!