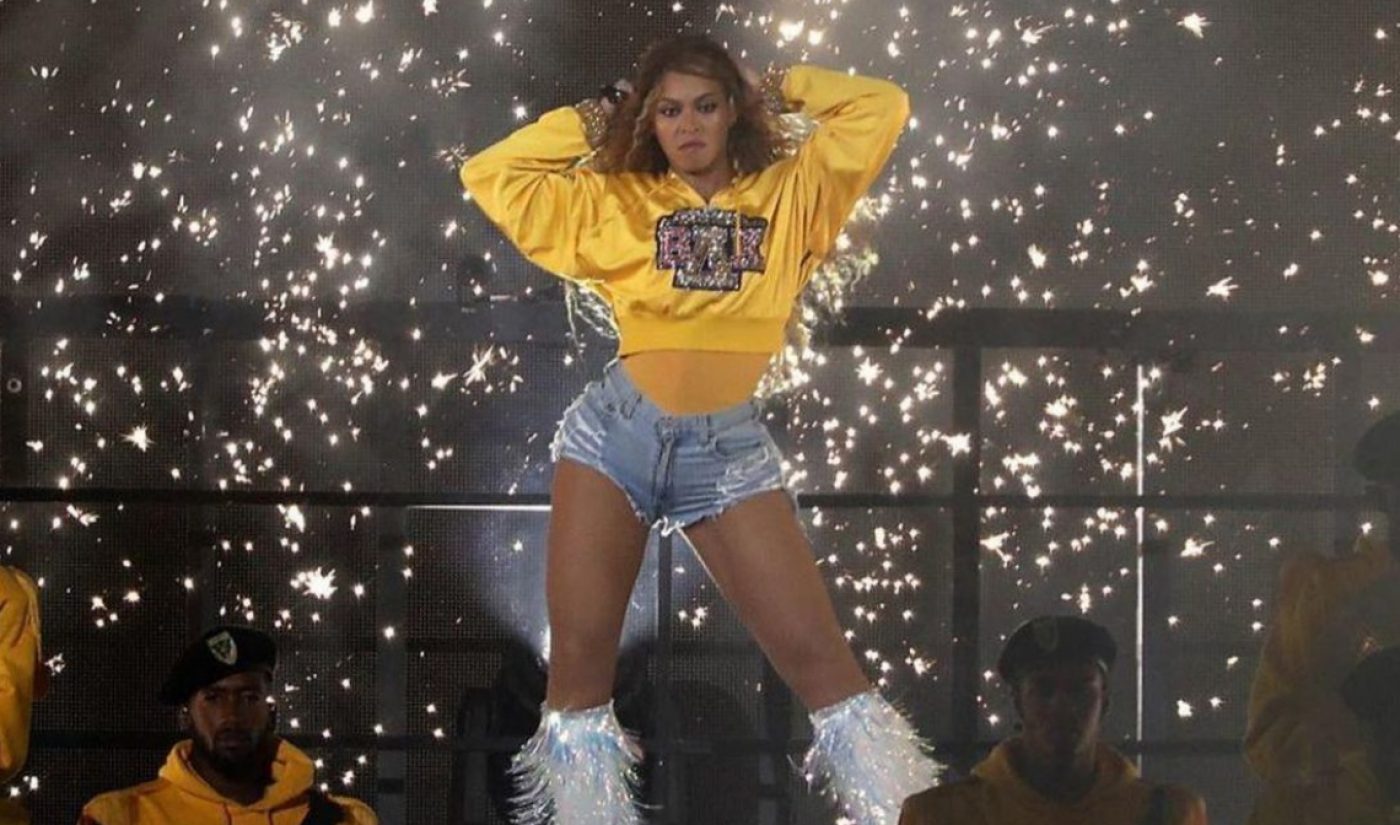 For the past eight years, YouTube has offered up live streams from the Coachella Valley Music & Arts Festival, which brings the top names in music to the California desert. This year, that broadcasting deal delivered particularly strong returns for the world’s top video site. Thanks in large part to a lauded, historic performance by Beyoncé, YouTube’s Coachella streams amassed 41 million unique viewers during the festival’s opening weekend.

That viewership represents the highest-ever total for a music festival live stream, according to data shared by YouTube. The video site’s Coachella audience grew by 75% over the previous year.

While Beyoncé’s set wasn’t the only one to draw a lot of eyeballs, it certainly led the way. At peak viewership, 458,000 unique accounts accessed YouTube’s broadcast of the Saturday night set, which featured guest appearances from Jay-Z, Destiny’s Child, and a full marching band, among others. That digital audience was the largest-ever for a single Coachella stream, YouTube said.

Fans who attended Beyoncé’s performance have also reached millions of viewers on YouTube. This clip, which shows the set’s bombastic introduction, has picked up six million views in just three days:

This isn’t the first time the partnership between YouTube and Beyoncé has proved lucrative for both parties. Back in 2013, Queen Bey selected the video site for the surprise release of her self-titled visual album. In the first two days after that album became available, Beyoncé’s official channel received approximately 25 million total views.

Elsewhere, other social media platforms had good reason for their own cele-Bey-tions. According to data from analytics firm Talkwalker, the superstar’s set resulted in 2.8 million social media mentions.