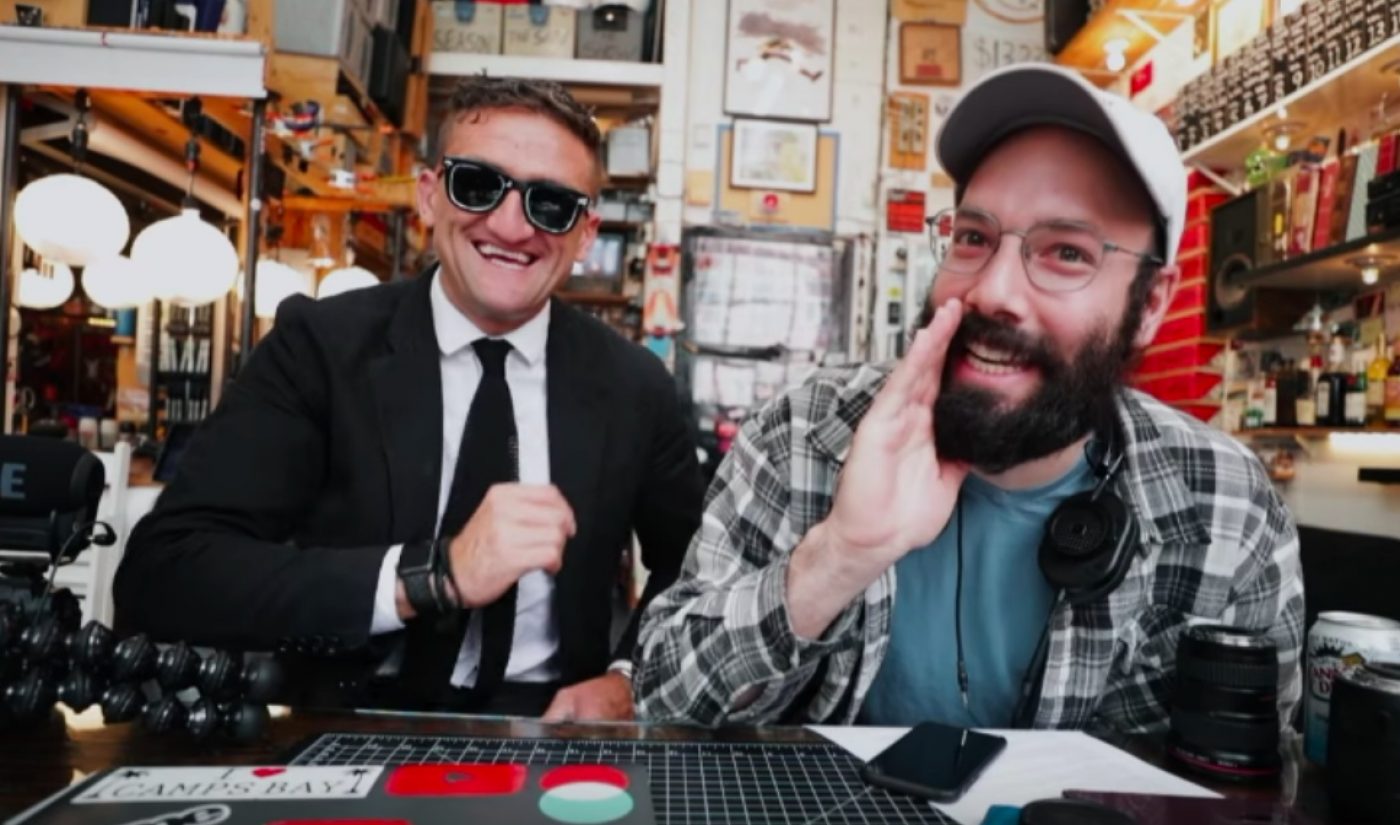 Two of the most innovative entrepreneurs in the online video industry might soon work together. Patreon founder Jack Conte recently flew to New York to meet with YouTube star Casey Neistat, to whom he pitched a collaboration that would, in Neistat’s words, be “a particular way to work with small creators.”

The potential for a partnership between Neistat and Conte began on April 5, when Neistat announced 368, a venture that will function as some sort of WeWork space for creators. Conte, responding strongly to Neistat’s announcement, proposed a meeting with the noted vlogger. To get his attention, Conte fashioned his proposal as a sleek, well-edited video, which has received more than 1.5 million views to date.

Neistat and Conte subsequently met up in New York, an encounter Neistat captured in an April 15 vlog. In the video, Conte expressed his belief that “368 has the potential to be the most badass media company in the world,” and while the camera was off, he made his pitch for a collaboration between the two digital media notables.

While the video skipped over the pitch itself, Neistat summarized the meeting for viewers, noting that there was potential for a partnership between “his company + my company.” “The plan was rough, would take time and resources to realize,” Neistat wrote, “but it’s…exactly the kind of thing we want to do with 368.”

Conte and Neistat haven’t actually inked a deal, but the future of their joint effort looks rosy. “We know what we want to do,” Neistat wrote. “Now we have to figure out how.”