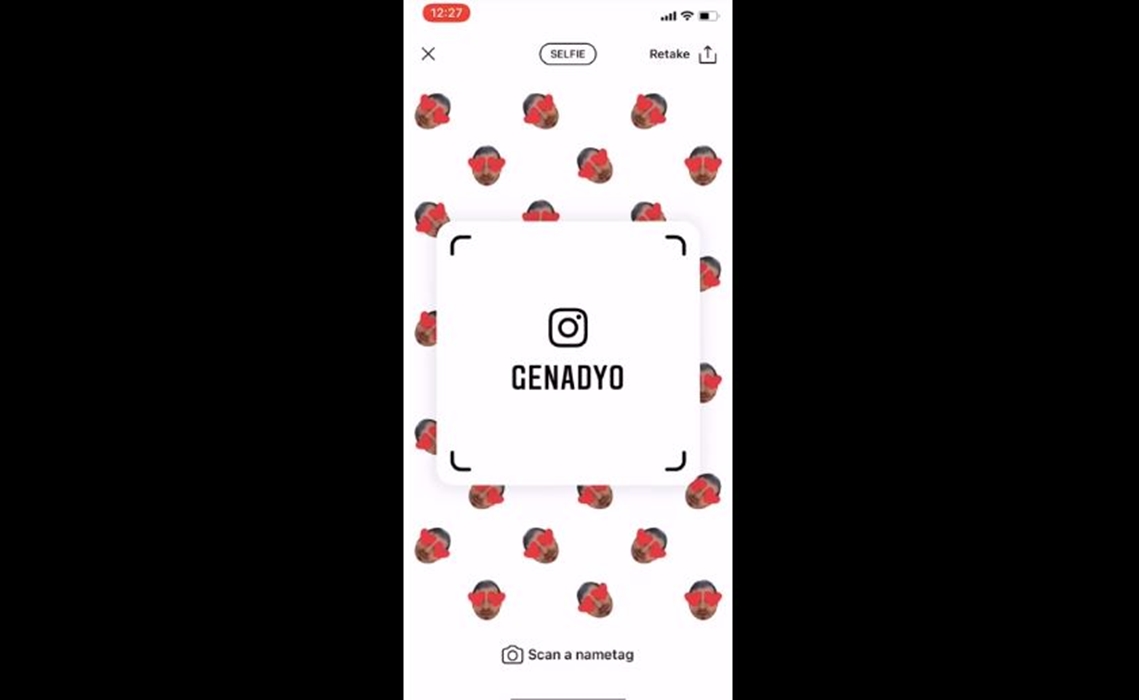 Nametags enable users to create special images that, when scanned with the camera in Instagram Stories, automatically prompt a follow, Techcrunch reports. Snapcodes, first launched in 2015, also enable users to follow fellow Snapchatters — as well as unlock special Filters and Lenses — by scanning a QR code. An Instagram rep confirmed the Nametags test.

Techcrunch notes that, like Snapcodes, Nametags could eventually be used by influencers across social media as a seamless promotional tool — given that they do away with the need to search for users by hand. Users who have access to the test can design their own Nametags, which essentially look like a pattern of emojis. Users can choose different background colors, emojis, and even selfies that have been augmented with one of Instagram’s face filters — which are then displayed in pattern form. The username appears at the certain of the Nametag, according to Techcrunch, which shared a video of the feature in action (below).

While it remains to be seen whether Nametags will actually ship, Instagram did officially unveil a new feature today called Focus — a visual effect tool that can blur the background of an image while keeping the face sharp for a stylized effect.