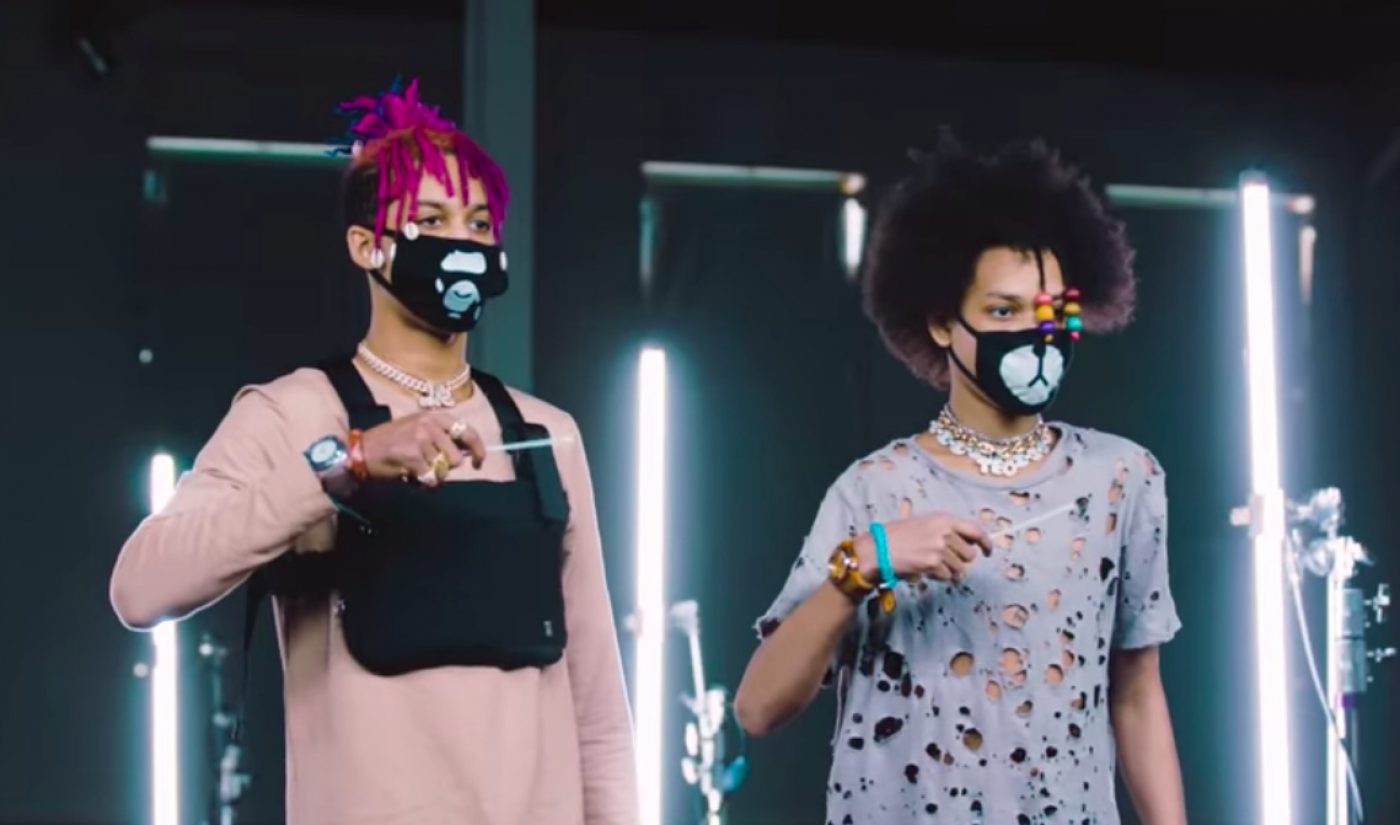 Ayo and Teo want their fans to “give a spit” in order to save lives. The YouTube stars, known for their viral dance videos, have teamed up with DoSomething.org and Johnson + Johnson to launch the Swab Challenge, which promotes the bone marrow registry and the Give A Spit About Cancer campaign.

In their Swab Challenge PSA, Ayo and Teo show off a dance they invented, in which they twirl cotton swabs to the left in a spiral motion. The moves simulate the action of swabbing one’s cheek, which is a necessary step toward joining the bone marrow registry. Cheek samples can be used to find matches for those in need of a bone marrow transplant.

Ayo and Teo’s contribution to the Give A Spit About Cancer campaign is specifically targeted at Black viewers. According to the statistics shared in the PSA, White Americans in need of bone marrow transplants have a 77% chance of finding a match. For Black Americans, that number drops to 23%.

“We love engaging with our fans on social media, and we’ve seen how much they love competing in our dance challenges,” said Ayo & Teo in a press release. “We’re excited to join forces with DoSomething.org and Johnson & Johnson for the #SwabChallenge, to get more young people aware of their power to defeat cancer.”

Ayo and Teo, who are brothers, have brought more than 1.4 million subscribers to their YouTube channel with their dance skills. Their latest music video, titled “Hold My Sauce,” has received more than 600,000 views since it was streamed live on April 3.