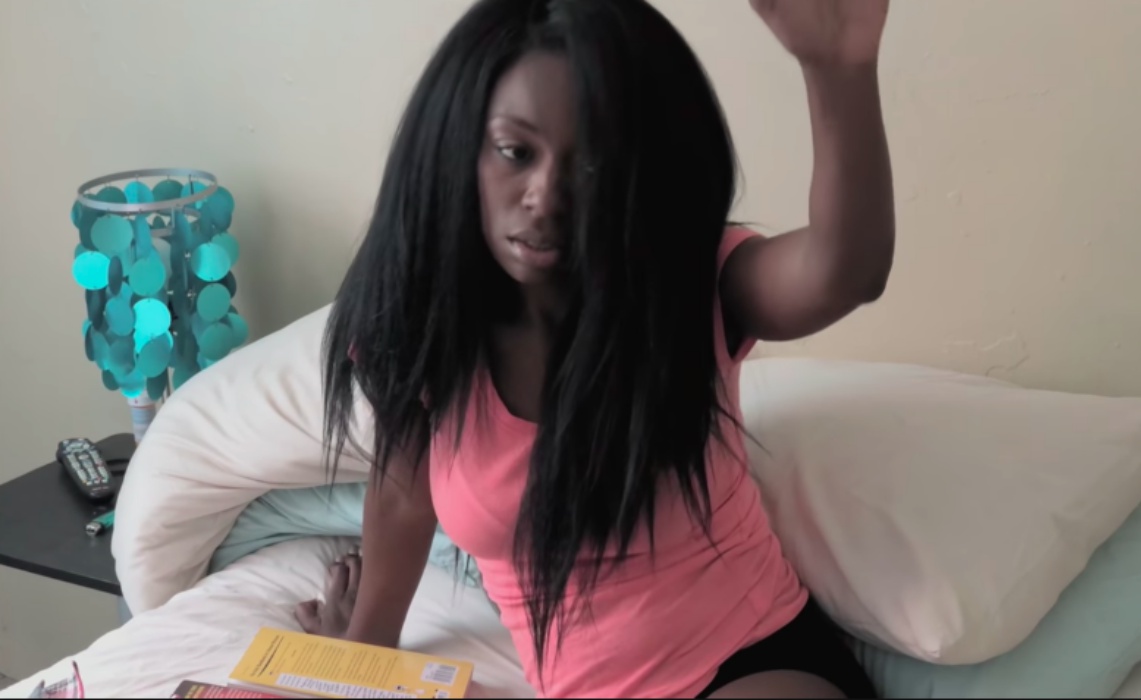 Characters who don’t typically get a lot of screen time, neither on the web nor elsewhere, are at the center of Janelle Stein‘s new web series. Stein is the creator and star of Ashley’s World, which explores the lives of a single mother, her mother, and her daughter, all living together in The Bronx.

As Ashley’s World begins, the titular character is seeking work as an actress to support her teenage daughter, who has developed a rebellious streak. Ashley’s mother, simply referred to as Ma, has her own demands for her daughter, which bring additional conflict to the proceedings.

As Stein told GirlTalkHQ, Ashley’s World has an autobiographical element to it. “Though the story is fictional, it is inspired by real circumstances in my life,” she said. “It is reflective of many individuals in the urban community, the performing arts realm and young single mothers. Though we don’t often see some of these stories and characters, they do exist. We want to make sure they have a voice.”

As you might expect given a mission like that, Ashley’s World succeeds thanks to the passion of its cast, who feel their roles strongly and deliver fine performances (with Linda Browne, who portrays Ma, as a particular standout). Check it out on YouTube.

“OTHER UNDER-THE-RADAR SERIES TO CHECK OUT