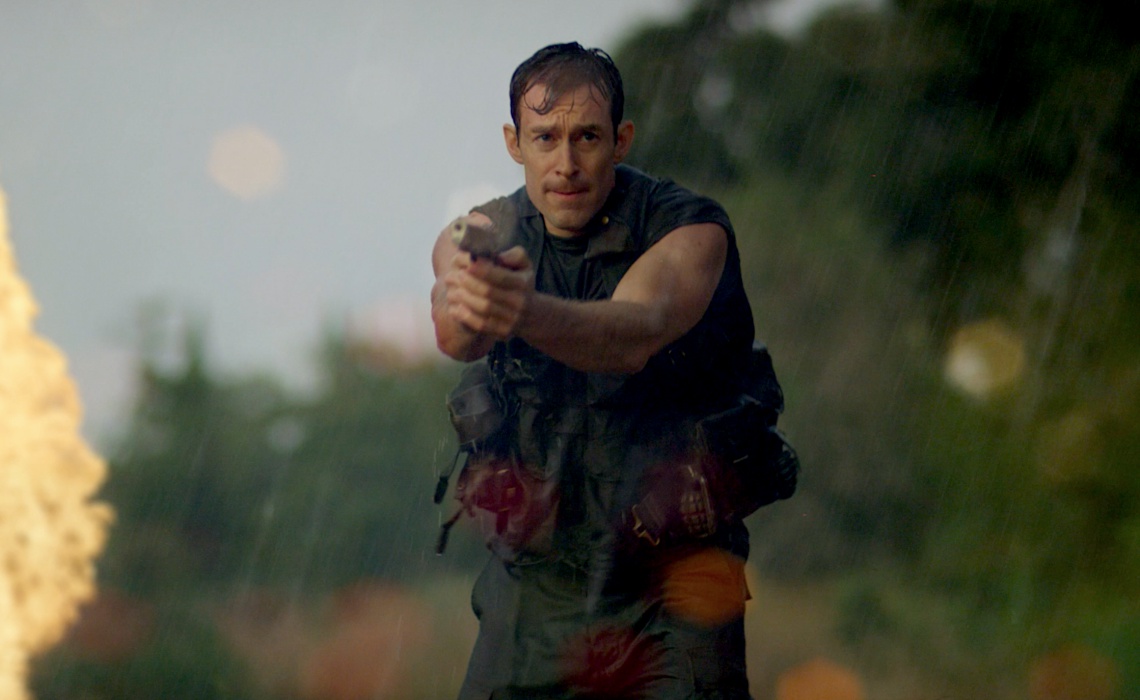 The company that holds the rights to Mister Rogers Neighborhood is engaging in some not-so-neighborly behavior. The Fred Rogers Company, formerly known as Family Communications, has used a copyright claim to compel YouTube to take down Mr. Rogers: A War Hero, an entry in Adi Shankar‘s Bootleg Universe. The claim is currently being appealed.

War Hero, which premiered on March 20, imagines an alternate history for Fred Rogers, the kindly TV host who entertained several generations of American kids. While the real-life Rogers never served in the military, War Hero imagines a world in which he did. Kenlon Clark wrote and directed the short, and ScreenCraft funded it as the grand prize of the 2016 ScreenCraft Bootleg Universe Short Screenplay Contest.

Unauthorized fan films have gotten creators into trouble with rights holders in the past, but ScreenCraft is confident that War Hero will beat the claim issued by The Fred Rogers Company. “Our sole mission at ScreenCraft is to support the careers of talented emerging screenwriters and filmmakers,” ScreenCraft co-founder John Rhodes told Tubefilter. “Kenlon Clark has a unique voice as a screenwriter and he is a superbly talented filmmaker whose artistic work deserves to be seen and not thwarted by copyright claims which infringe on the filmmaker’s rights under Fair Use doctrine to use Mr. Rogers’ name and likeness for noncommercial purposes of cultural commentary, comedic parody and art.”

This is not the first time a Bootleg Universe entry has found itself embroiled in a rights dispute. In 2015, the most famed entry in that series, which is set in the world of Power Rangers, battled rights holder Haim Saban. That short film was eventually reinstated, which gives us hope that War Hero will be, too. If it is, you can check it out below.