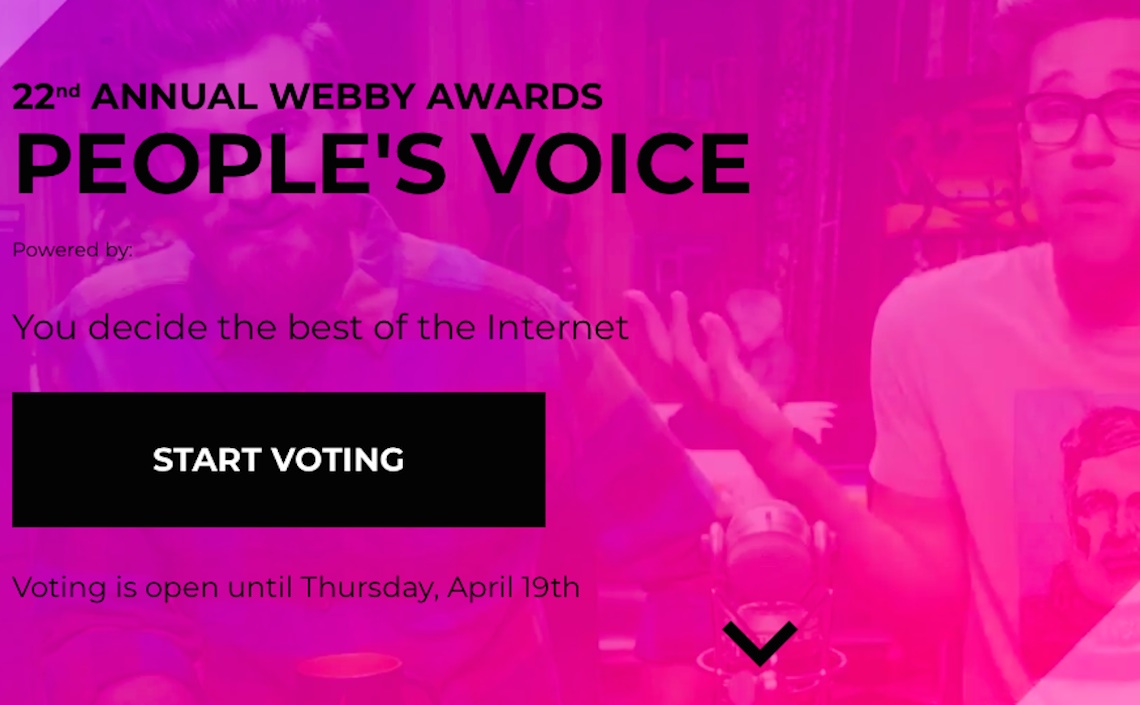 The Webby Awards announced its 2018 nominees today for the celebrations 22nd iteration, with names like Refinery29, Good Mythical Morning, and Funny Or Die showing up in the video categories.

While some of the best known nominees include Oprah Winfrey, RuPaul, Shonda Rhimes, Selena Gomez, Questlove, and even Meryl Streep (several of whom appear in the film and video “variety” category), the video categories’ nominees featured plenty of digital-native personalities and properties.

Good Mythical Morning, the YouTube show featuring digital stars Rhett McLaughlin and Charles Lincoln Neal (best known as Rhett & Link), received nominations in both the “performance and craft” as well as the “video channels and networks” categories for best web personality. Rooster Teeth and College Humor are both up for best entertainment video channel and network (along with CBS Interactive and Viceland).

Funny Or Die got credit for their branded entertainment series, Ten Years of Funny Or Die with Will Ferrell and Adam McKay, and for its City Slickers in Westworld video, featuring Billy Crystal and Daniel Stern reprising their roles from the 1991 movie City Slickers.

In the Webby’s animation video category, Kobe Bryant’s Dear Basketball, which won an Oscar earlier this year, got further recognition for Go90, while Refinery29 and Fusion both appeared among travel and adventure category nominees. Vsauce (real name, Michael Stevens) and Adam Savage got a nod for their DIY content.

Meanwhile, over in the fashion and beauty category, the media old guard prevailed. Even though YouTube creators and other social influencers are prominent in the beauty space, Condé Nast, Hearst, and The New York Times dominated the Webby Awards fashion and beauty video category.

Across all categories, Vice Media killed it, getting the most total nominations with 29, including plenty of recognition across video categories, according to a count from The Hollywood Reporter. Condé Nast followed with 26 nominations, and National Geographic came in third with 22.

Anyone can vote for their favorite nominees to win Webby Awards between today and April 19. The 22nd Annual Webby Awards will take place on May 14 at Cipriani Wall Street in New York City, with Amber Ruffin, comedian and Late Night with Seth Meyers writer/performer, hosting the event. To see the full list of nominees, check out the Webby Awards website.