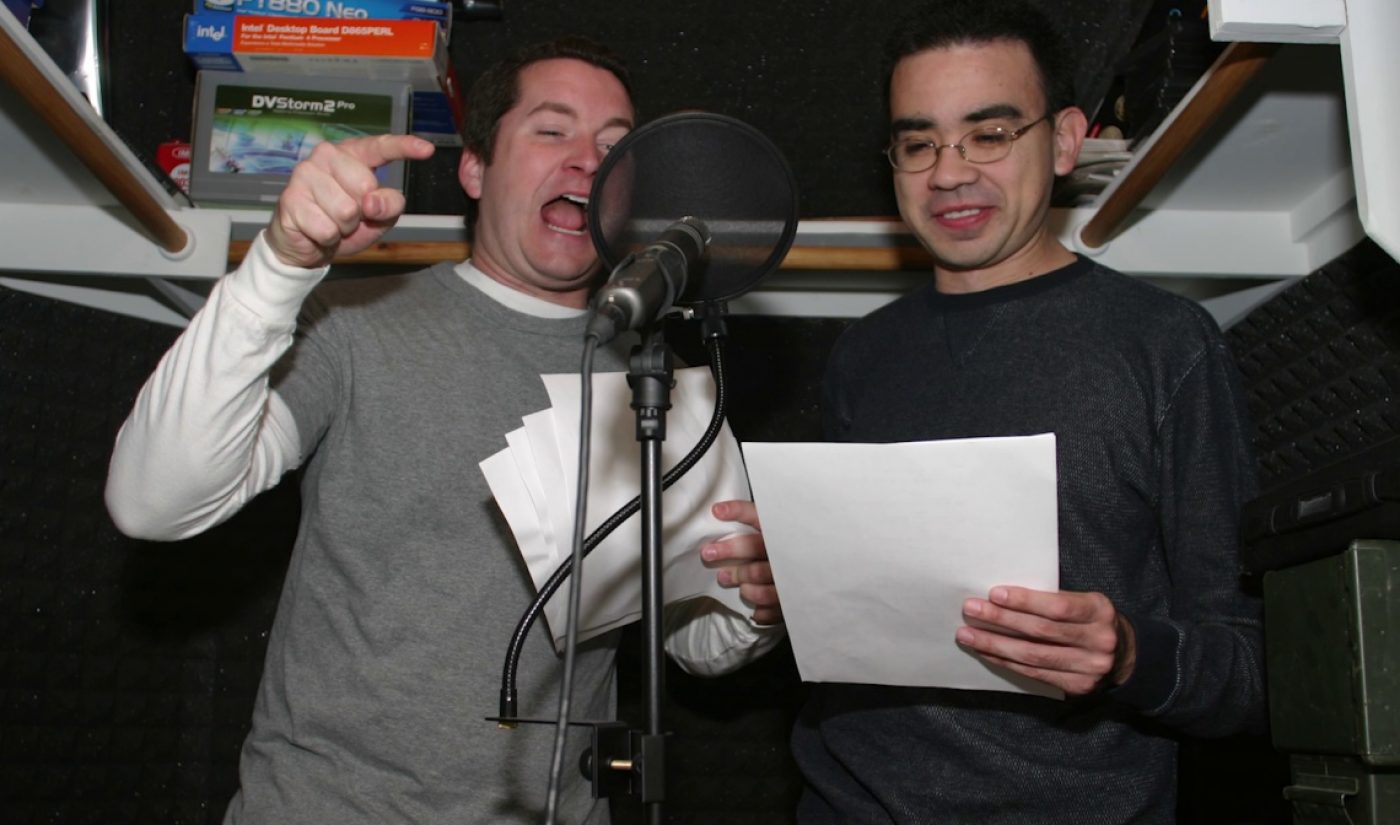 Rooster Teeth is giving its biggest fans an inside look at its early days. The digital content studio has shared a teaser for Why We’re Here, a documentary that explores the 15-year history of the Austin-based company.

The teaser, narrated by Rooster Teeth co-founder Burnie Burns, traces the company’s origins back to a small town in Texas, where it was founded in 2003. From there, Why We’re Here will recount the major events that shaped Rooster Teeth, including the launch of major productions like Red Vs. Blue, Lazer Team, and RWBY as well as the establishment of the annual RTX conference, which takes place each year in Austin. The documentary takes its name from the first episode of Red Vs. Blue, which first arrived online way back in 2003.

The arrival of Why We’re Here is timed to coincide with Rooster Teeth’s 15th birthday. To celebrate that occasion, Burns shared an old picture of himself and his employee Gavin Free on Twitter:

To help celebrate Rooster Teeth’s 15th birthday, we’re revealing what WE looked like at 15 throughout the day! #RT15 pic.twitter.com/7oZ7GJKmJo

Based on the nature of its content, Why We’re Here is clearly intended for Rooster Teeth’s existing audience. It’s appropriate, then, that the studio’s most passionate devotees will be the first people who will have the chance to watch the new documentary. Why We’re Here will premiere on April 20 on Rooster Teeth FIRST, the premium subscription service that costs $4.99 per month and offers exclusive perks to Rooster Teeth fans.

This is not the first time Rooster Teeth has produced a project documenting its own exploits. In 2015, the studio premiered Let’s Play Live: The Documentary, which took a deep look at the Let’s Play Live event series.