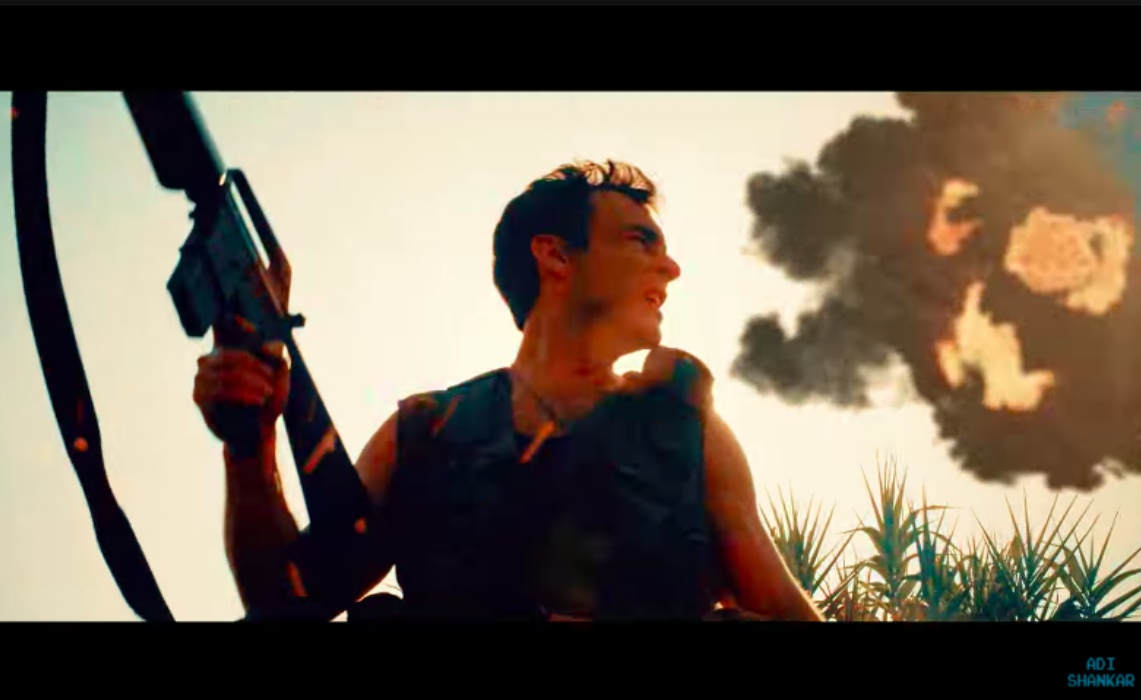 Mr. Rogers Is A War Hero In New Short From Creator Of ‘Power Rangers’ Fan Film

On the day that would have been Fred Rogers 90th birthday, his backstory has received a makeover. The man who spent more than three decades as the host of Mister Rogers‘ Neighborhood is the subject of Mr. Rogers: A War Hero, a short film that serves as the latest entry in creator Adi Shankar‘s Bootleg Universe series.

In real life, Rogers never served in the military, but Shankar’s short imagines an alternate reality in which the children’s television legend (portrayed by Chris Cusano) is recruited to join the fight in Vietnam. Shankar compared this bit of historical invention to the embellishment biopics use to dramatize the lives of their subjects. “He was a hero, so we created a heroic backstory,” Shankar told Tubefilter.

Shankar’s Bootleg Universe, which includes an acclaimed Power Rangers fan film released in 2015, is filled with dark and gritty shorts, but with his take on Mr. Rogers, he is venturing into more “heartfelt” territory.

“When I was young my heroes had magazords [sic], adamantium claws, and vampire slaying whips,” he wrote in War Hero‘s video description. “They were spectacular and unlocked my imagination. But after the events of the past few years my heroes have changed, and now anyone who selflessly enriches a child’s life is a hero to me. This entry is a love letter to a man who showed us what being a good neighbor looks like.”

In War Hero, the 80s and 90s nostalgia that appears in much of Shankar’s work is still present, but it is presented through a more upbeat voice. Shankar described Forrest Gump as one of his influences for the new short, and that connection easily apparent. That said, there’s still plenty of violence — this is a film about war, after all.

Mr. Rogers is written and directed by Kenlon Clark. It was funded by ScreenCraft  as the grand prize of the 2016 ScreenCraft Bootleg Universe Short Screenplay Contest.

Shankar, who recently completed an animated adaptation of the video game series Castlevania, noted that “audience participation and feedback” will set the direction of his upcoming projects. If his fans respond positively to the tonal shift War Hero represents, we can expect him to make more films in this vein.