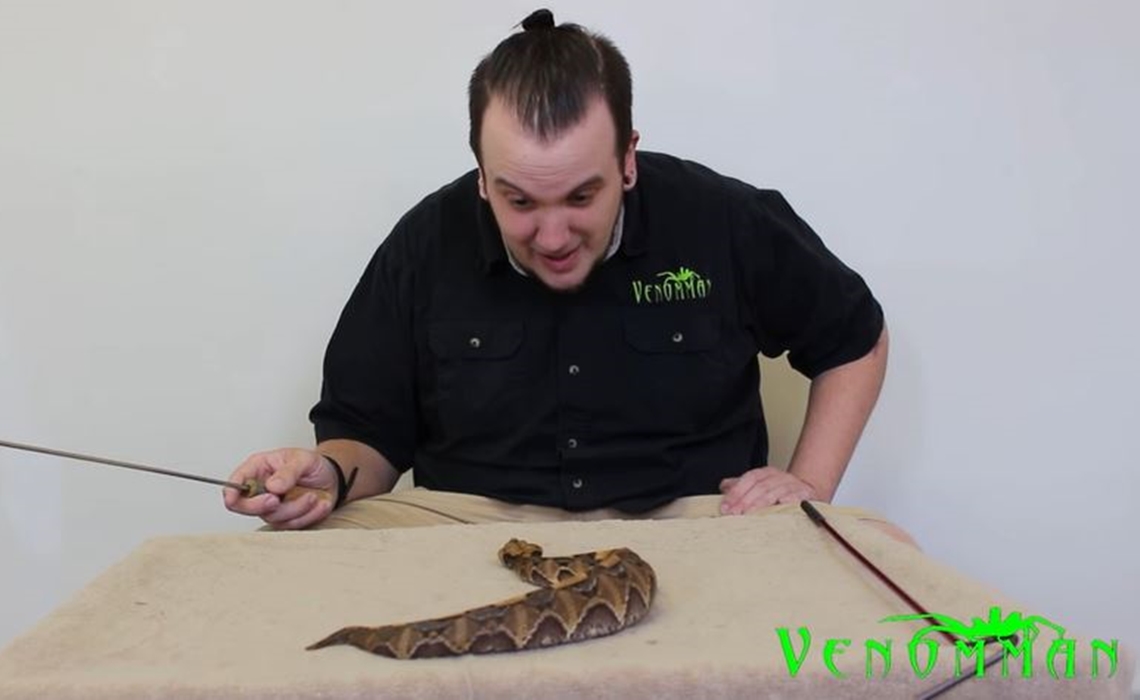 YouTube snake handler Brandon Boyles, known to his 21,000 subscribers as VenomMan20, has been charged by police with 23 counts of illegal possession of venomous snakes, as well as animal cruelty and reckless endangerment.

Upon a search of his apartment last month, the 28-year-old Maryland resident was found to be in possession of six Western Diamondback Rattlesnakes, one seven-foot-long Forest Cobra, one Cape Coral Cobra, and two Boomslangs, according to the Maryland Department Of Natural Resources, which seized the creatures.

All of the aforementioned species can deliver fatal bites, and Boyles was charged with endangering the other residents of his apartment building because he stowed them in plastic bins from which they could potentially escape, officials said. Furthermore, the snakes did not have fresh water and two dead cobras were found in his freezer. Thus, in addition to the 13 counts of illegal possession and one charge of reckless endangerment, Boyles also received nine charges of animal cruelty.

One of the Boomslang snakes, for instance, was nearly overlooked during the search of Boyles’ apartment, according to charging documents, because the bin in which it was stowed “was serving as a makeshift coffee table or bedside table, and the top of it was completely covered with empty pizza boxes, soda cans, [and] plates with leftover food on them.”

Authorities obtained a search warrant for the apartment after learning that Boyle had taken home five venomous snakes, three alligators, and a crocodile after leaving his job at the Catoctin Zoo And Wildlife Preserve. They also saw him showcasing some of the creatures on his YouTube channel. Boyles was not licensed to own or care for any of the snakes, according to The Frederick News-Post, and most are not legally allowed to be privately owned in the state of Maryland. He is scheduled to appear in court on May 8, while the snakes have been returned to the Catoctin Zoo, where they are being held as evidence.