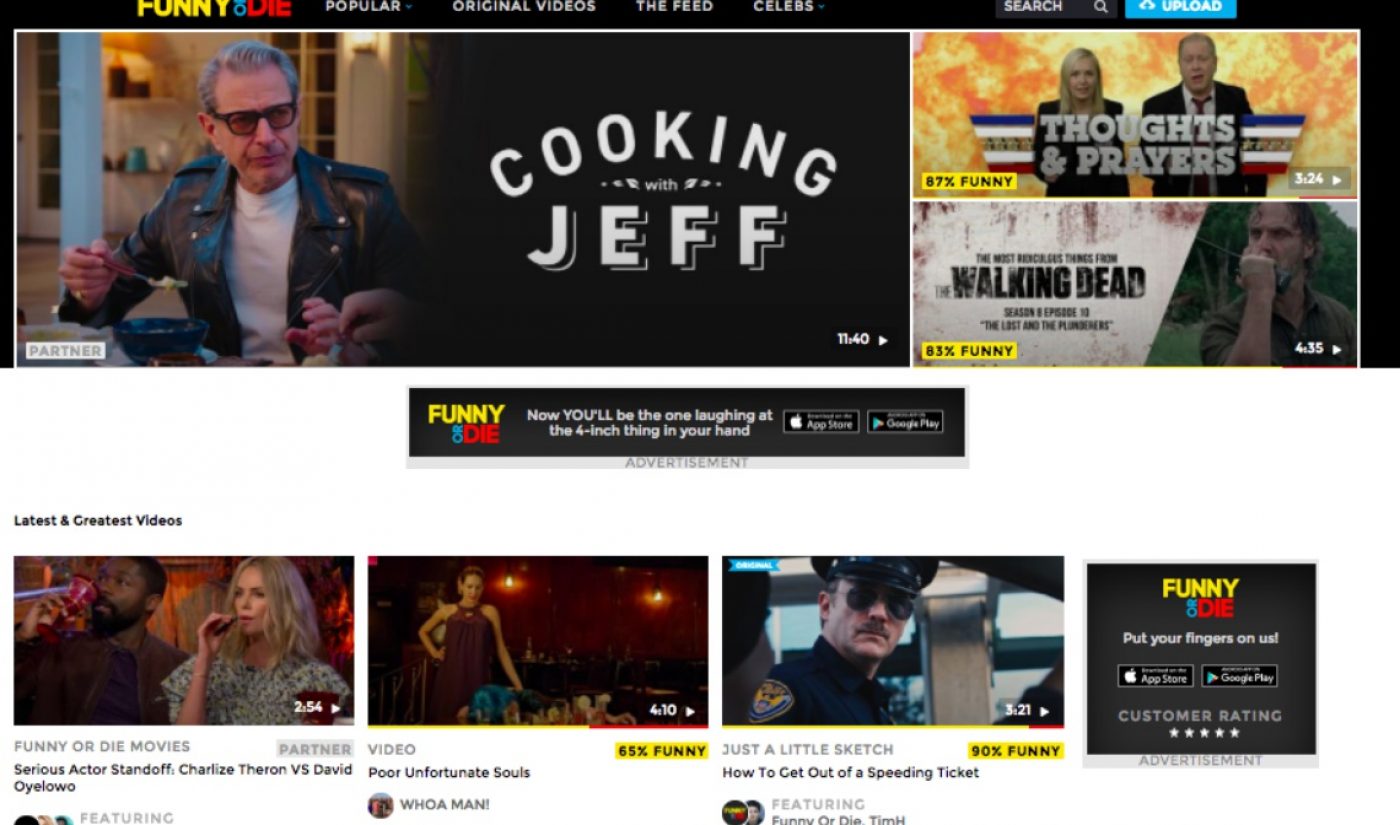 As Funny Or Die approaches its 11th birthday, it is looking to spruce up its website on both the front and back ends. The comedy brand has partnered with Vox Media in a deal that will move the Funny Or Die website onto Vox’s technology platform, Chorus.

The deal will allow Funny Or Die to take advantage of Vox Media’s audience engagement tools, advertiser connections, and proprietary technology. In return, the company founded in 2007 by Will Ferrell and Adam McKay will bring its production team and talent network to the table. Funny Or Die and Vox will work together on several programming projects, which they will co-develop.

While bringing behind-the-scenes updates to the Funny Or Die website, the deal will also result in some “design changes,” according to Variety. As we looked to improve where the site was at now — and future-proof it — we feel that we are in good shape for years to come with Vox Media’s tools and their team,” said Funny Or Die president Chris Bruss.

The deal comes at a time when both of the companies involved in it are cutting staff. Funny Or Die, which laid off an undisclosed number of staffers in January, has recently focused more on productions for other platforms, such as the hit Netflix series American Vandal. Vox Media, meanwhile, has encountered some bumps of its own as it looks to expand the reach of its category-specific verticals, which include SB Nation (sports), Racked (fashion), and Eater (food). Its February layoffs caused about 50 of its employees to lose their jobs.