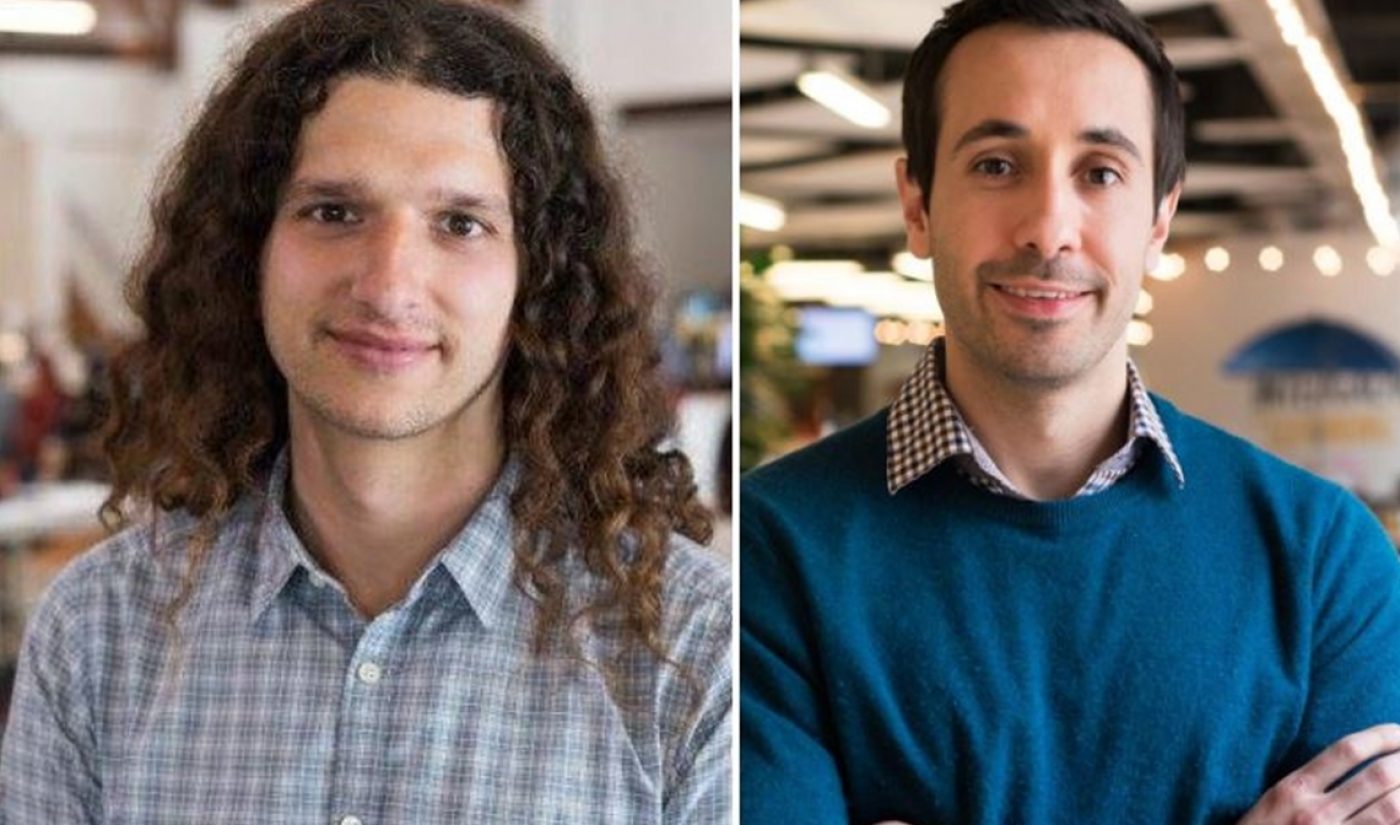 Facebook is beefing up its video division with two top-tier hires. The social network has tapped Matthew Henick, former head of BuzzFeed Studios, to lead global video content strategy and planning, and Mike Bidgoli, a former Pinterest exec, to serve as product lead for its episodic video hub, Watch.

Henick (pictured above, left) was the driving force behind BuzzFeed’s expansion into TV and film, including a still-in-the-works Warner Bros. feature called Brother Orange and a true crime series at Oxygen — both of which were based on BuzzFeed reporting, according to The Hollywood Reporter. Henick, who will now helm Facebook’s greater video vision across Newsfeed and Watch, formerly served as head of development at BuzzFeed Motion Pictures — though that division was renamed BuzzFeed Studios following a company-wide restructuring last month amid missed revenue goals.

“I’ve always thought of Facebook as a storytelling platform at its core — every status update, every photo, every ‘It’s Complicated’ has a story to tell. And stories — whether it’s news, entertainment, sports — have always moved people,” Henick wrote on Facebook post, where he also pontificated that the future of storytelling is social. “Okay, so maybe I’ve already drank the Kool-Aid a bit,” he joked. “But I have a tendency to fall in love with the places where I work.”

Bidgoli (pictured above, right), who formerly served as ad product lead at Pinterest, will now serve as product lead at Watch, which Facebook launched last summer to house recurring shows with a community-oriented bent. Thus far, Watch is only available in the U.S.

“Facebook Watch has a vision to not just entertain, but to also connect people, spark conversations, and foster community  —  a vision that is ever so important in an era of divisiveness,” Bidgoli wrote in a Medium post announcing his departure. “I believe Facebook’s mission of ‘bringing the world closer together’ is one of the most important things to work on in the era that we live.”