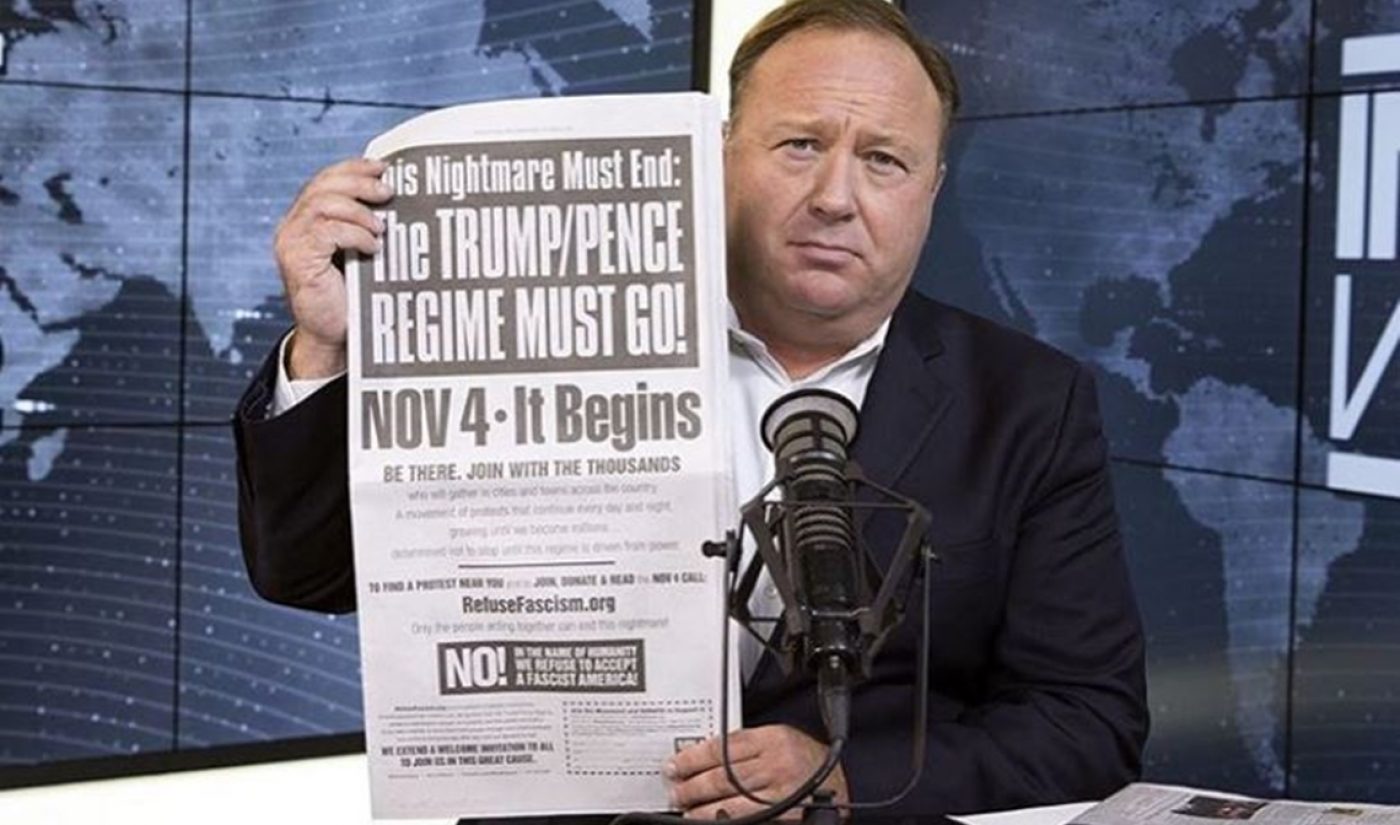 A slew of major marketers were stunned and disappointed to learn that their ads were appearing against YouTube videos from InfoWars, one of the nation’s biggest conspiracy theory outlets, which has recently peddled the defamatory claim that one of the survivors of the Florida school shooting is a crisis actor.

Advertisers including Nike, Acer, 20th Century Fox, Paramount Network, the Mormon Church, Expedia, Alibaba, Mozilla, ClassPass, and others have asked to be removed from Infowars’ YouTube channels, CNN reports. Many of these advertisers also said they are in active discussions with YouTube to ensure that this type of placement never happens again.

Because YouTube has given marketers additional levers to pull in the wake of the Adpocalypse, including filters for the types of videos that they don’t want ads to run against — like clips that contain tragedy, sex, violence, or profanity — many of the advertisers assumed that InfoWars had already been excluded. Nike and Paramount, for instance, told CNN that they selected filters for videos about sensitive subjects and offensive content, respectively. Additionally, advertisers can add specific channels to a ‘blacklist’ at any time. Some of the aforementioned companies had included several InfoWars channels on their blacklists, but the conspiracy network operates a total of 11.

“We uphold free expression according to our Community Guidelines, even when there are views we don’t agree with,” a YouTube spokesperson told CNN. “When videos are flagged to us that violate our guidelines, we immediately remove them. We do not allow ads to run on videos that deal with sensitive and tragic events.”

InfoWars received one strike from YouTube late last month after a video on Jones’ flagship channel — which has 2.3 million subscribers and 1.5 billion lifetime views — alleged that Florida shooting survivor David Hogg was posing as a survivor in order to push a gun control agenda. If the InfoWars channel receives another strike within a three-month period, it will be suspended for two weeks. If it receives a third, it will be terminated.

Jones tweeted over the weekend that YouTube had frozen his channel and told him it was going to delete it — claims that the company adamantly denies, according to CBS. That said, YouTube did reportedly advise Jones about the advertiser pullout. As of Monday morning, Jones’ channel appeared to be posting videos as usual.