From Faze Banks To Hila Klein, We Asked Experts To Review Fashion Lines From YouTube Stars 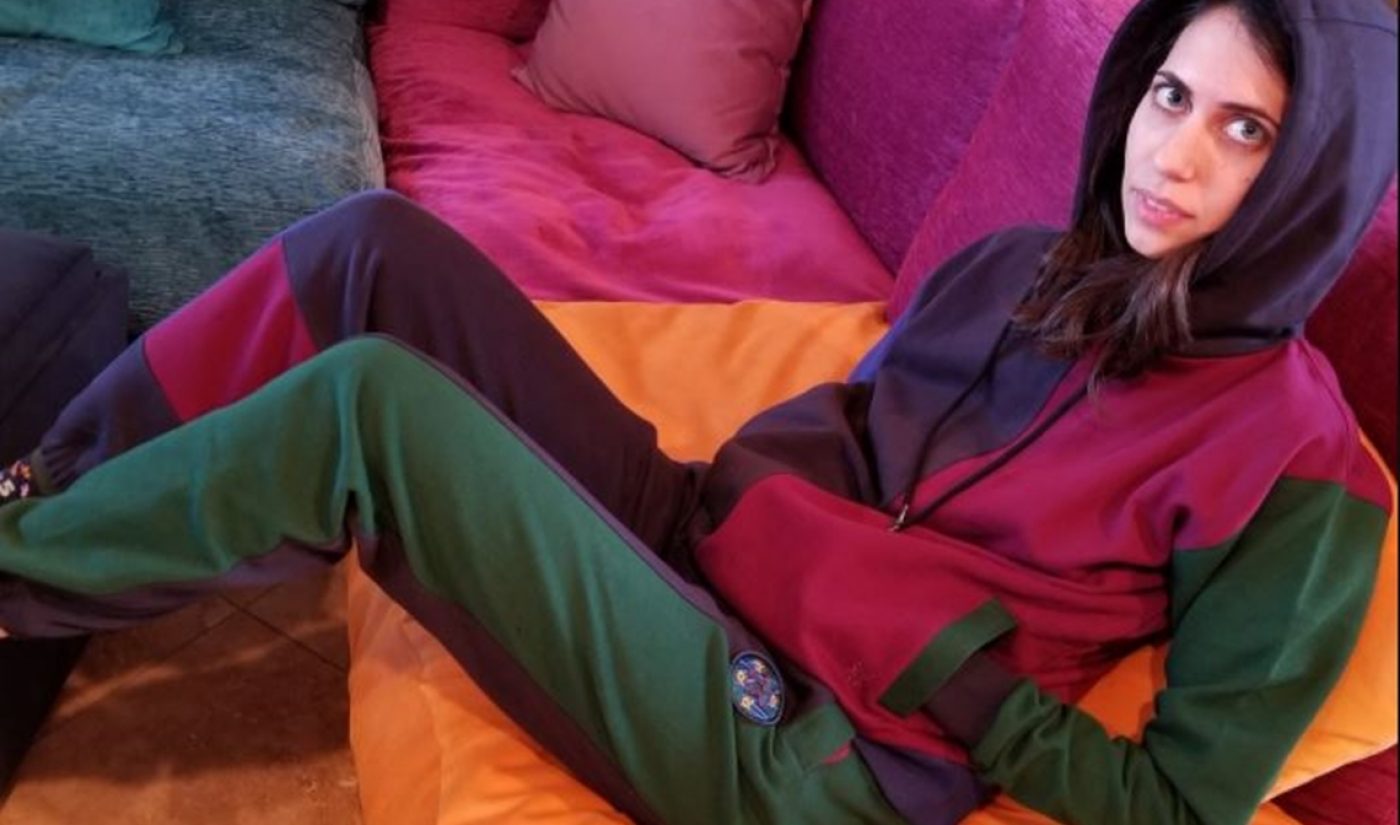 Earlier this year, amid an internet firestorm that rendered his massively popular daily vlogging channel mute, a reporter asked Logan Paul how he planned to make money with his YouTube career on pause. Paul looked down at his pink and grey hoodie — emblazoned with the bird-like logo of his Maverick clothing brand — and shrugged.

From the early days of YouTube, when a creator might simply slap his or her channel name or slogan on a T-shirt, merchandise has evolved into a vital piece of the earnings pie, with a top talent manager telling Tubefilter that it can comprise roughly a third of all client earnings — if not more. This is especially relevant in today’s digital media environment. Last spring’s YouTube Adpocalypse (and other subsequent controversies) have made advertisers increasingly skeptical about their YouTube spend and have made YouTube increasingly careful about the types of content it lets earn advertising revenue. This, in turn, has led creators to seek other revenue streams — like merch.

Today, merchandise has become a vastly more sophisticated operation beyond the basic T-shirt. And it has paved the way for a new wave of fashion-inclined influencers to launch full-fledged collections, which, rather than simply bearing their names or likenesses, are imbued with their sensibilities — from h3h3Productions‘ giddy-colored and 80s-leaning Teddy Fresh line to Faze Banks‘ limited edition Loose Change streetwear range to Eva Gutowski‘s slinky and flashy It’s All Wild.

Given that fans can sometimes be blinded by their love and admiration, we wanted to see what fashion industry experts thought of some of the most popular influencer fashion lines to date. So we spoke to Michael Fink, dean of the School Of Fashion at Savannah College Of Art And Design (SCAD), as well as celebrity stylist Allison Calhoun (who counts Migos among her many clients — and they always look dope).

Check out their thoughts to see how the below creators passed muster. (Spoiler Alert: They both thought all the items from the influencers we showed them were pretty great.) About: Gaming-turned-gaming-and-lifestyle creator — and member of YouTube’s massive Faze Clan — Ricky Banks (4.3 million subscribers) released a self-described designer streetwear label dubbed Loose Change last fall. Items from the first drop were only available in limited quantities, and a pop-up shop was shut down by police due to overcrowding upon its launch.

Analysis: “The mix-matched flannel is drawing a lot on the looks we are seeing on a lot of musicians right now, like Bieber, Kendrick, and Migos,” says Calhoun. “The shorts are a little too gym class for me, but it’s hard to find a pair of men’s leisure shorts for me to get behind.”

“Multi-plaid has always been on-trend, and that’s especially true now,” says Fink. “A black-and-white color palette never goes out of style. I envision a super cool downtown guy wearing this. He’s into fashion but simultaneously doesn’t want to look like he cares too much about it.” About: The popular Italian lifestyle vlogger (7.2 million subscribers) — and longtime girlfriend of YouTube’s most-subscribed star, Felix ‘PewDiePie’ Kjellberg — has released six themed clothing lines through her online store since March 2015. The most recent is dubbed ‘Amore‘, and is characterized by embroidered hearts.

Analysis: “The gold zipper and heart applique of this skirt are right on trend,” says Fink, “yet the A-line silhouette is timeless. You can’t go wrong with this piece.” He’s also a fan of the velour. “It looks so comfy and has an ultra-chic silhouette.”

“I’m personally not crazy about the patterns, colors, or cuts,” counters Calhoun, “but I definitely can see the customer who might be. I also want to applaud Marzia and her designs for not being as topical as the others. It seems like she’s making clothes that she wants to wear without a ton of inspiration from the outside world.” About: Eggie encapsulates the tastes of founder Jenn Im (2.1 million subscribers), with a selection of genderfluid pieces ranging from polished to punk. Since its launch last August, Im has dropped two seasons worth of Eggie clothes — which she creates alongside global fashion firm Instaco.

Analysis: “This brand gets an A+,” says Fink. “It’s a great, clean, urban design with pieces that serve as a sexy take on the athletic trend. The stitch pants have a Carhart feel to them, and they’re perfect with any top you own already. They’re also right on trend with the high waist and full leg, allowing you to pair it with a boot or heel. It’s a very versatile piece.”

Echoes Calhoun, “These are some of the most reasonably-priced and interesting female pieces I’ve seen on this list. It seems like Im is really vibing on the oversized and layering trend that’s huge right now, which makes the demographic for these pieces skew to a wider age range. I would definitely be interested in seeing other pieces in her collection.” Analysis: “I don’t really know why, but I love this sweater so much,” says Calhoun. “It reminds me of an off-brand current Gucci — only in monochrome. I like knit, and the general ‘weird uncle’ vibe — but as streetwear.” While Calhoun notes that the hat reminds her of the movie Ted, “I think both items are extremely fairly priced for what they are. I could see anyone in their late teens or mid 20s rocking this.”

“I think this is for a young consumer that’s looking for something playful and fantasy-like,” adds Fink. “Teddy Fresh doesn’t suit my personal style, but it has a very clear identity that speaks to a niche customer.” About: Lifestyle vlogger, travel aficionado, and budding actress Eva Gutowski (8.5 million subscribers) dropped It’s All Wild in July. She describes it as a “minimalistic dream-wardrobe,” with pieces separated into themed collections like ‘Adventure Is Here‘, ‘Snowed Out‘, and ‘Wild Night‘. The brand also vends one-of-a-kind vintage finds.

Analysis: “The silk top and skirt here is something we have seen a ton before, so I’m not as excited about that as I am about the faux fur coat — which I would definitely wear, and is extremely well-priced,” says Calhoun. “As far as the charmeuse fabric she uses on a lot of the pieces — it’s a really tricky fabric to work with, especially making really feminine, delicate pieces, because it can get bulky in weird places really quickly.”

About: Jake Paul (13.9 million subscribers) and the rest of his Team 10 crew are constantly shilling merchandise throughout the course of their massively-viewed daily vlogs. Paul works with limited edition merch proprietor Fanjoy, which reps a ton of fellow YouTubers, including David Dobrik, Tana Mongeau, and Casey Neistat.

Analysis: “We just saw this idea of streetstyle recently at the menswear shows in Paris,” says Fink. “This collection feels inspired by the in-your-face brand image that Vetements has been pioneering over the last few years. The brand has a great logo and there are some really well-done pieces in this collection. It’s very contemporary.”

Adds Calhoun, “Athleisure is a trend that got really big and then just stayed around — and this is one of those outfits that hits the nail right on the head. It’s very reminiscent of Vetements with the white block font on black. It specifically reminds me of the long windbreaker and the hoodie from the ’17 collection.” That said, Calhoun says, the pricing feels a bit steep.