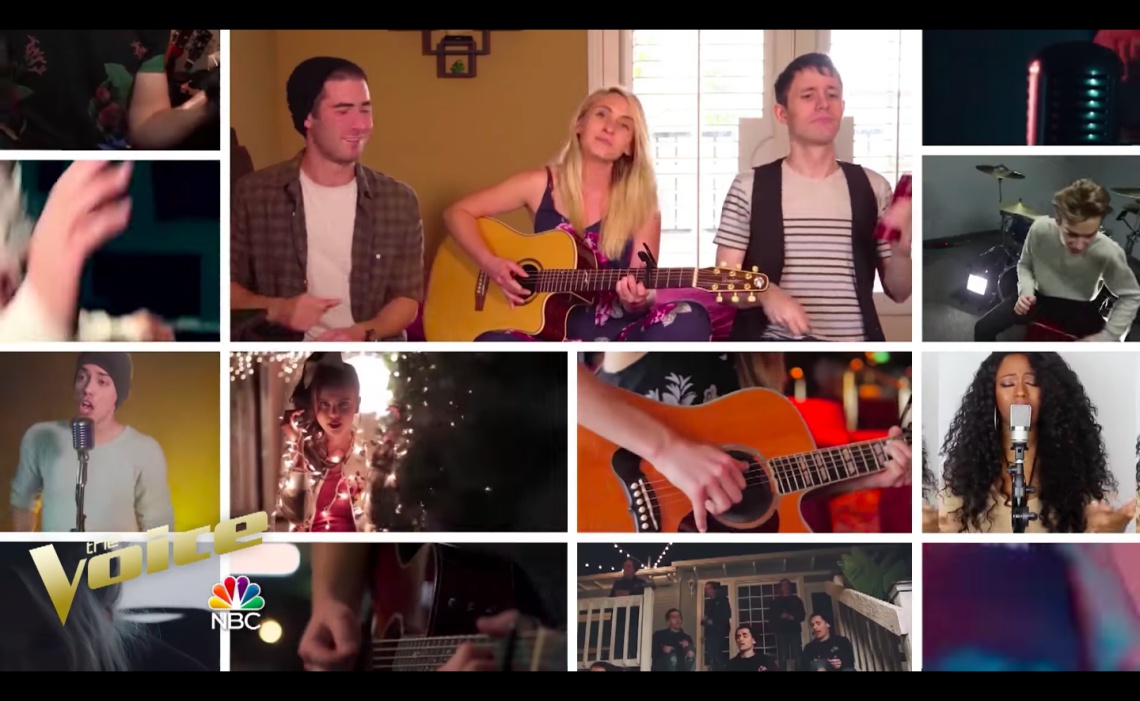 On February 26, Kelly Clarkson appeared in her first episode as a coach on The Voice, the long-running reality competition series currently in its 14th season. To celebrate her new role, and to promote the show’s latest season, broadcaster NBC teamed up with influencer marketing platform FameBit to put together a collaboration of epic proportions.

More than 40 musical YouTubers, including some of the video site’s top stars, offered up their own covers of Clarkson’s track “Medicine,” which were then compiled together into a single mash-up.

The featured YouTubers include singers, guitarists, keyboardists, and many other musicians, some of whom are very familiar faces. Creators who contributed ‘Medicine’ covers include Kurt Hugo Schneider, Todrick Hall, Tiffany Alvord, Boyce Avenue, and Megan Nicole. All of their individual performances of the song can be found on a playlist curated by NBC:

The centerpiece of the promotion, however, is a mash-up video that pieces together all the performances to create an impressive montage. It can be found on the official YouTube channel of The Voice:

NBC’s goal for the promotion is to get young viewers excited about The Voice. In order to reach those consumers, the network turned to FameBit, which was acquired by YouTube in 2016. “We feel strongly and passionately that when they work with YouTube they can reach into new audiences that maybe hasn’t watched The Voice — or previously watched The Voice, but haven’t re-engaged,” FameBit’s Beau Avril told Deadline.

Clarkson herself is also gaining experience on YouTube. The singer recently launched her own channel, on which she premiered a web series called Minute  + A Glass Of Wine.