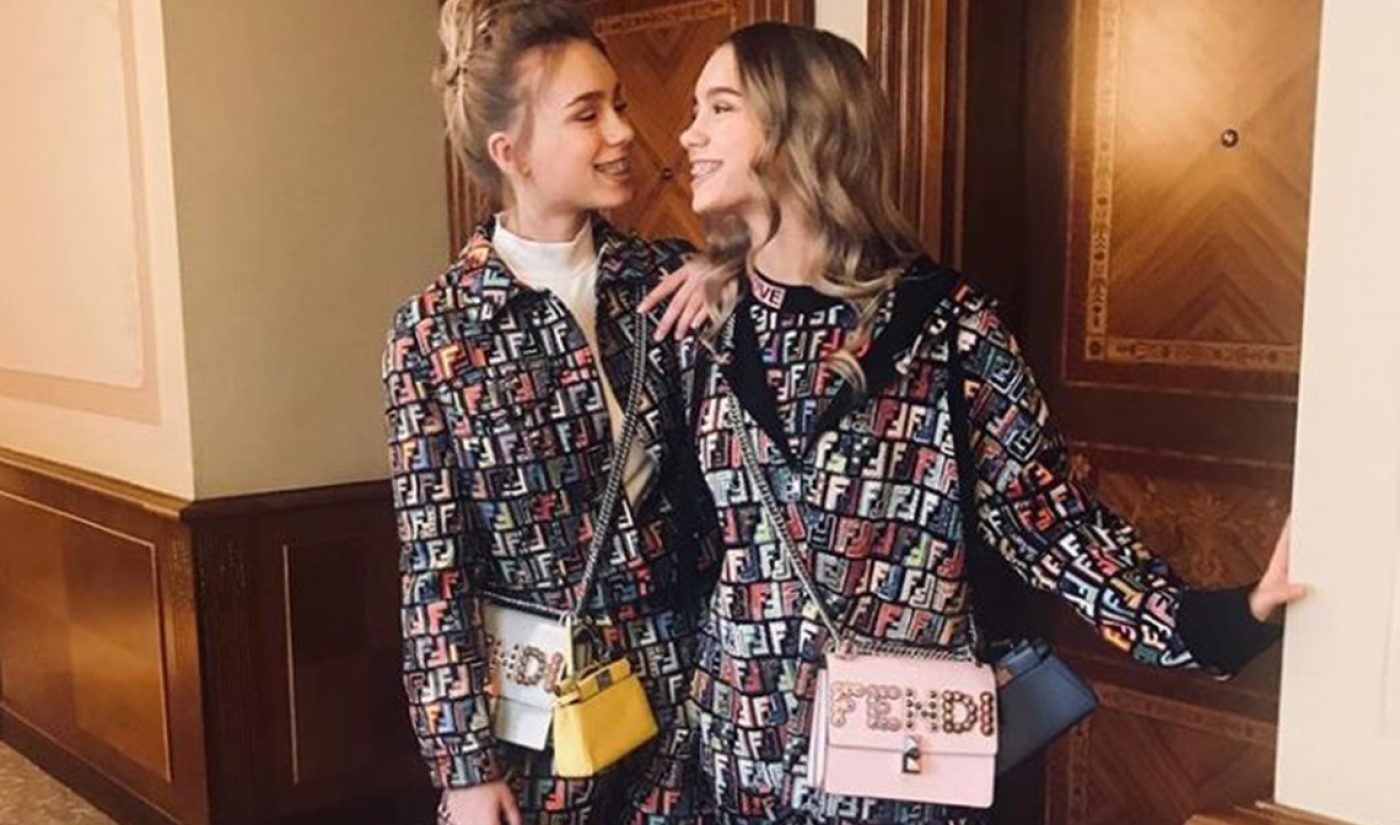 As Fashion Week kicks off in Milan, luxury designers continue to show their love for the social media set.

Case in point: Musical.ly’s most-followed creators, 15-year-old twins Lisa and Lena Mantler, were invited to sit front row at the Fendi show yesterday, where they appeared bedecked in multi-colored tracksuits. The girls, who hail from Germany, shared the news on Instagram with their 14.2 million followers, and were also featured in a Vogue write-up. The famed fashion magazine notes that Fendi designer Karl Lagerfeld personally selects show attendees who represent his favorite figures from the worlds of film, art, and fashion.

The Mantler twins, who count 26.6 million fans on the tween-leaning lip-syncing app, clearly have model ambitions. They signed with Next Management in November for modeling representation, which said that it would work to forge more partnerships between digital talent and luxury brands. Next also represents Nash Grier, Suede Brooks, and Sonya Esman. The Mantler twins also already vend their own clothing line, J1MO71.

Awesome show! Thanks so much for having us as your guests @fendi ❤️