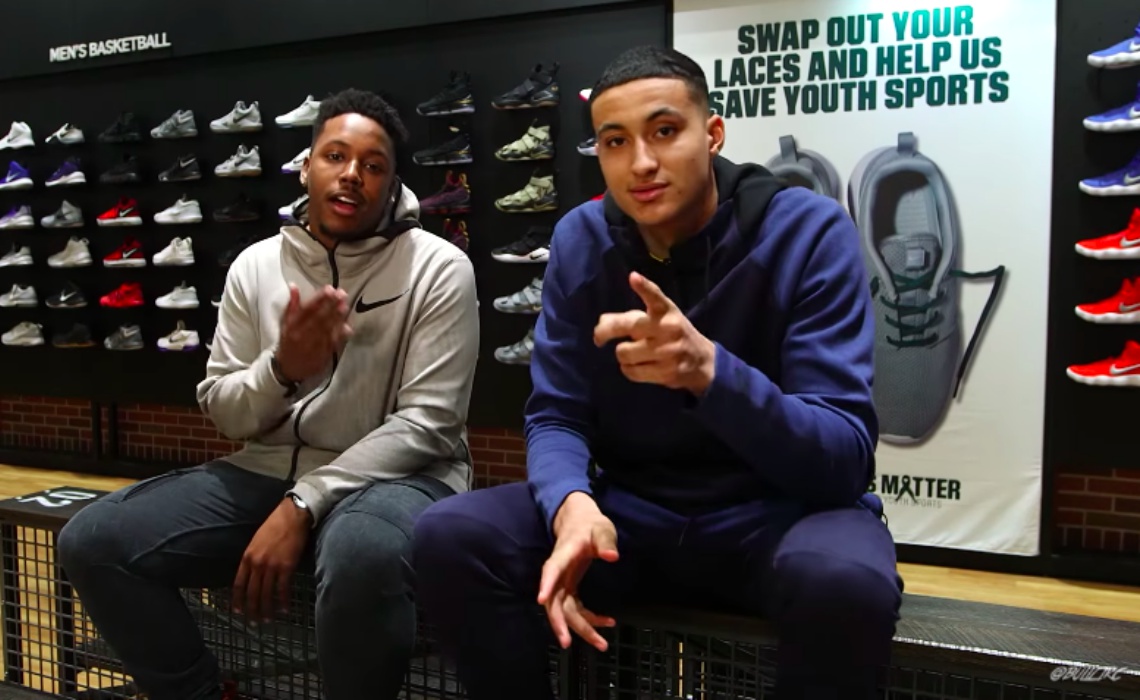 The NBA‘s best players recently descended upon Los Angeles for the league’s annual All-Star Weekend, and that gathering of basketball talent provided the perfect opportunity to launch a sporting goods-themed web series. BroadbandTV, which is partnered with the NBA on YouTube, teamed up with Dick’s Sporting Goods for The Collection, which pairs online video star Bull1trc with five different players.

The five episodes of The Collection take place at Dick’s locations across the country and give Bull1trc a chance to chat and shop with NBA pros. His first guest is Kyle Kuzma, who has had a strong rookie season for the All-Star Game co-hosts, the Los Angeles Lakers. Kuzma’s appearance on The Collection can be found on Bull1trc’s YouTube channel as well as on the NBA’s official YouTube channel, which has earned more than 4.5 billion views since its inception.

Bull1trc (real name Christian Bright) has had several opportunities to appear on the NBA’s channel thanks to BroadbandTV’s NBA Playmakers program, which provides basketball-related opportunities for creators. During the All-Star Break, for example, several videomakers came together to react to some of the best jams in the history of the NBA Slam Dunk Contest.

The Bull1trc channel is one of the top destinations for sneakerheads on YouTube. To date, it has received close to 100 million views.