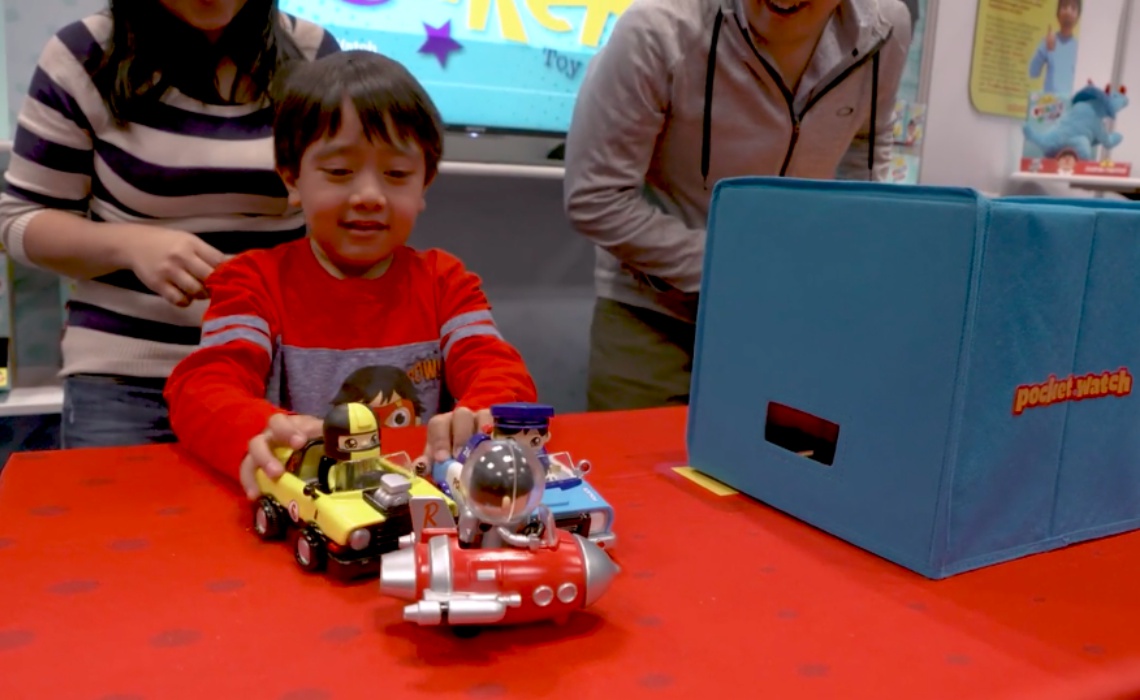 Across nearly three years of videos, a young kid named Ryan has played with hundreds of toys to the delight of his millions-strong audience. Now, Ryan has a toy line of his own. The six-year-old star of the Ryan ToysReview YouTube channel showed up at last weekend’s Toy Fair in New York City, where he unboxed a line featuring his likeness.

The toy line in question was born out of a pact between Pocket.Watch, which is partnered with Ryan and his family, and a pair of toy companies: Bentex Group and Bonkers Toys. The items in the line include fire trucks, cars, and spaceships driven by Ryan; Ryan in a superhero costume; and Ryan as an astronaut.

During his appearance at Toy Fair, Ryan took some time to unbox all of the new toys that feature his likeness. A video depicting his reaction to his new playthings was shared by ABC News.

Ryan, whose primary YouTube channel has attracted more than 12 million subscribers and has received more than 19 billion views in just three years, is among the top family-friendly destinations on the world’s top video site. When we covered Ryan’s popularity back in September 2016, we noted that his excited reactions to new toys averaged more than 19 million views per day. Such success has come with significant financial benefits for Ryan’s family as well. In December, Forbes reported that the Ryan ToysReview channel generated $11 million in revenue over a one-year period.

As part of its deal with Bentex Group and Bonkers Toys, Pocket.Watch plans to create toy lines for several of its star partners, including Ryan and EvanTubeHD. Ryan’s line is expected to arrive in stores this fall.