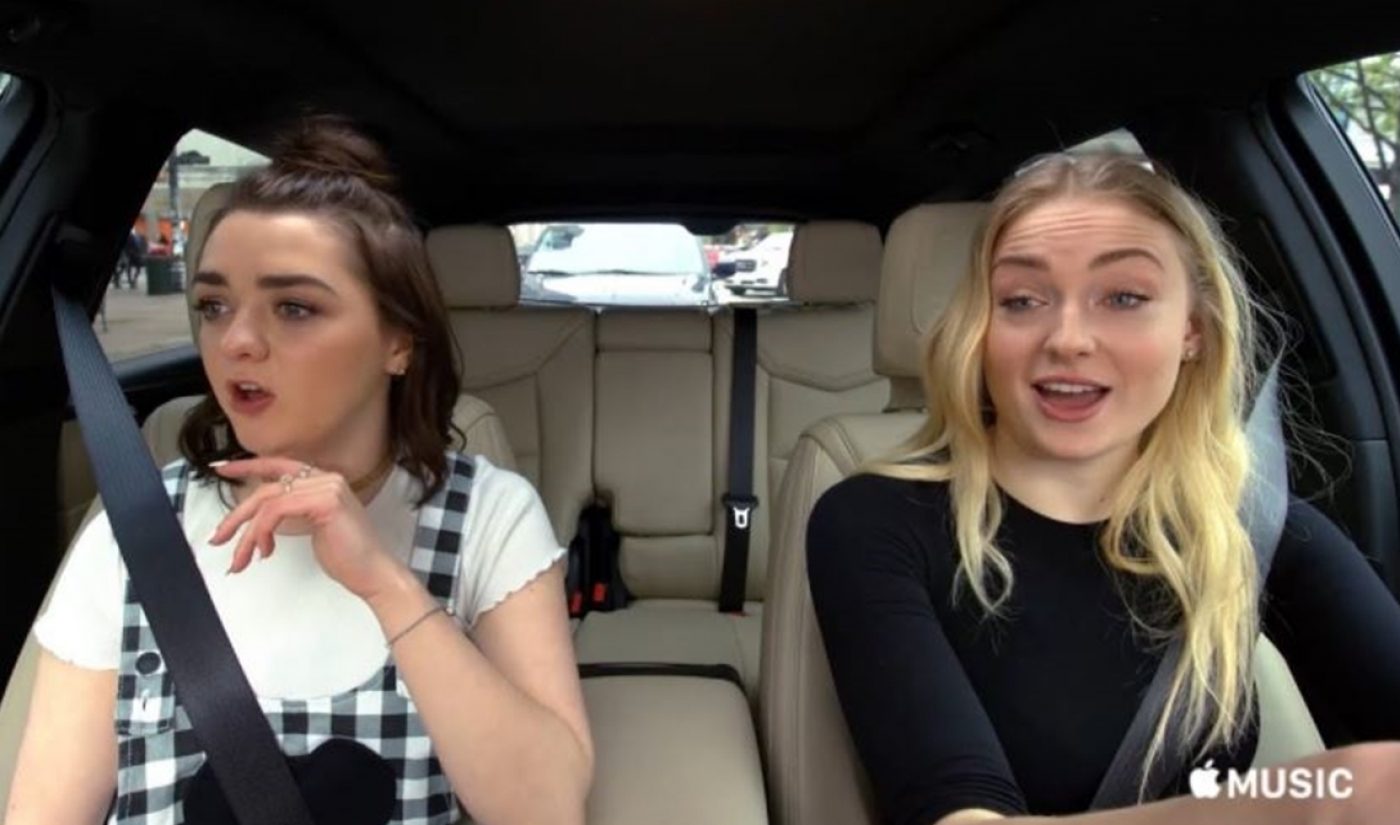 Despite the lukewarm reception that its first wave of original series garnered, Apple is giving Carpool Karaoke — the Late Late Show segment that it spun into a standalone show in August — another season.

CBS CEO Les Moonves announced the news yesterday during a call with investors. Inspired by the viral James Corden segment, the series — which debuted on Apple’s $10 monthly music subscription service, Apple Music — saw pairs of celebrities jamming out on the road. LeBron James, Will Smith, Alicia Keys, and Game Of Thrones stars Maisie Williams and Sophie Turner (pictured above) appeared in season one.

Carpool Karaoke and another Apple original, Planet Of The Apps, failed to make a splash when they premiered last year — though they bowed before (and will likely exist separately from) a slate compiled by former Sony TV execs Jamie Erlicht and Zack Van Amburg, who were tapped by Apple in June. While Karaoke and Apps live on Apple Music, it is unclear where Erlicht and Van Amburg’s slate — which includes high-profile projects with Reese Witherspoon and Steven Spielberg — will be distributed.

Carpool Karaoke is produced by CBS and Fulwell 73 — a studio in which Corden is a partner. No word yet on when season two will debut, or which celebrities are set to appear.