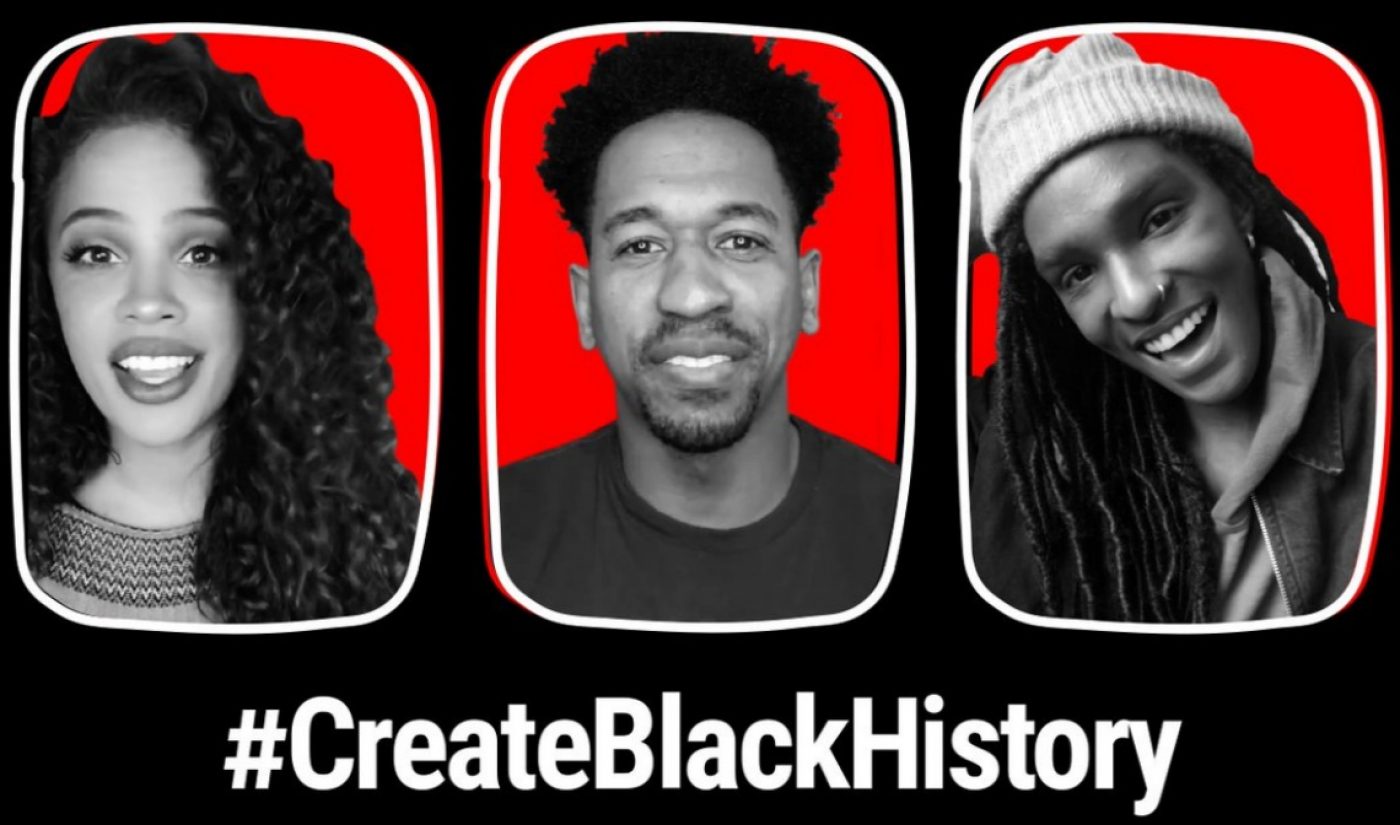 In December, YouTube announced a new feature called Reels, which it quietly launched later that month. Reels are a form of Stories, the disappearing content format that began on Snapchat before spreading across the social web.

Now, on the first day of Black History Month, YouTube is giving observers an early look at how it plans to use its Stories analogue. The video site has launched #CreateBlackHistory, a campaign that uses reels to highlight outstanding black creators from the YouTube community.

Finding the #CreateBlackHistory Reels is not so simple, though a tweet from YouTube lays out the exact steps needed to access the short-form, mobile-friendly videos. If you can’t find them, you may need to upgrade to the latest version of the YouTube app.

Find out who inspires the people who inspire you. This #BlackHistoryMonth, we’re celebrating those who #CreateBlackHistory every single day. https://t.co/vsqTx4820M pic.twitter.com/brkYK0DCeQ

When I eventually found the Reels on the YouTube Spotlight channel, I was greeted by the guys from Dormtainment, who celebrated the work of fellow creator Issa Rae. Depending on when you head over to the channel, you may find a different videomaker in the spotlight, as YouTube plans to launch #CreateBlackHistory content throughout February.

Reels are currently available to a small group of creators and are expected to roll out more widely at a later date. If you would prefer your Black History Month content to come in a more familiar form, you can find additional videos and playlists related to the #CreateBlackHistory campaign on the YouTube Spotlight channel.