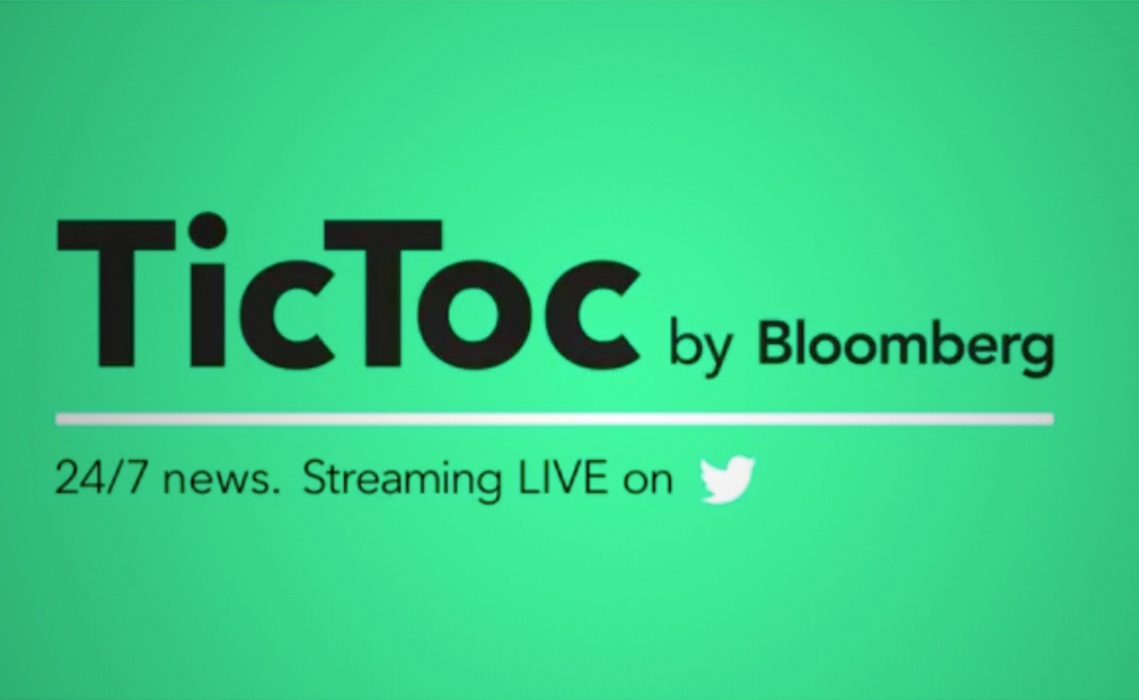 A Month After Launch, Bloomberg’s 24-Hour, Twitter-Based News Feed Gets One Million Views Per Day

Before launching TicToc in December 2017, Bloomberg spent several months hyping up its foray into 24-hour news, which it planned to live stream via Twitter. About a month into that venture’s life, it appears to be off to a good start. According to a report from DigiDay, TicToc is currently averaging about one million views per day, which makes it a strong performer among the spate of Twitter-based news programs that have popped up over the past year.

The one million views come from 750,000 viewers, many of whom return to the TicToc feed multiple times per day. The account delivers a steady diet of top stories from around the globe, which appeal to its base of 125,000 subscribers. DigiDay‘s report notes that, by not focusing too much on American politics, TicToc has developed a particularly international audience, with half of its views coming from outside the US.

TicToc’s growth is in line with the numbers other top publishers have pulled in on Twitter. In September, for example, BuzzFeed launched a Twitter-based news show called AM To DM. One month later, BuzzFeed said AM To DM had one million unique viewers.

Ultimately, Bloomberg hopes to get more TicToc viewers to stick around by increasing its follower count. “Twitter is such a fragmented platform; there are so many voices and publishers on it,” Bloomberg global head of digital Scott Havens told DigiDay. “As we build our relationship with users, our ability to connect with them is vastly improved if they are following us. The core goal is to drive that number up.”