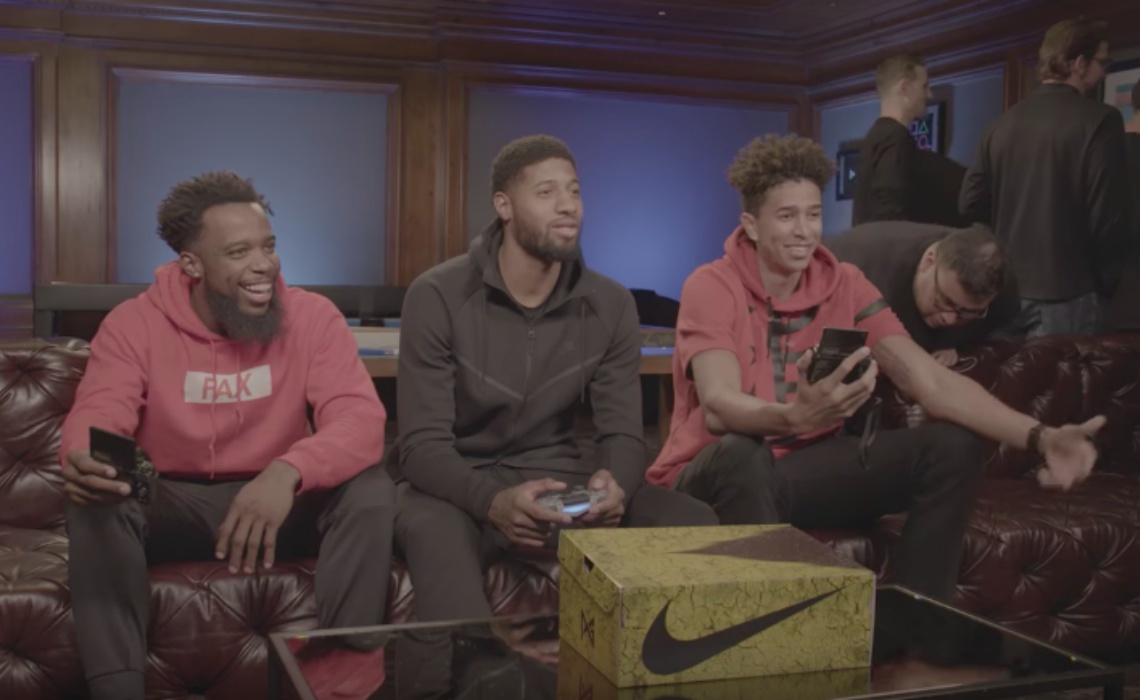 As Nike prepares to launch its second shoe alongside NBA star Paul George, it has turned to the world of YouTube to find some promotional support. The shoe brand invited creators CashNasty and Kristopher London to join George for a few games of NBA 2K18 ahead of the release of the PG2 sneaker.

George’s rendezvous with the two YouTubers is cataloged across two videos, one on each creator’s channel. George, known off the court for his love of video games, competes in virtual one-on-one matchups against each of his collaborators and takes some time to plug the shoe he designed alongside PlayStation. It will become available on February 10 and will retail for $110.

On their respective channels, CashNasty and London show off their own basketball skills and occasionally encounter NBA players. CashNasty, for example, turned to E’Twuan Moore of the New Orleans Pelicans to help improve his jump shot, while London tried his best to stay in front of Houston Rockets superstar James Harden as part of a partnership with EA.

The CashNasty YouTube channel has about 2.1 million subscribers, while London counts approximately 1.4 million subs on his channel.