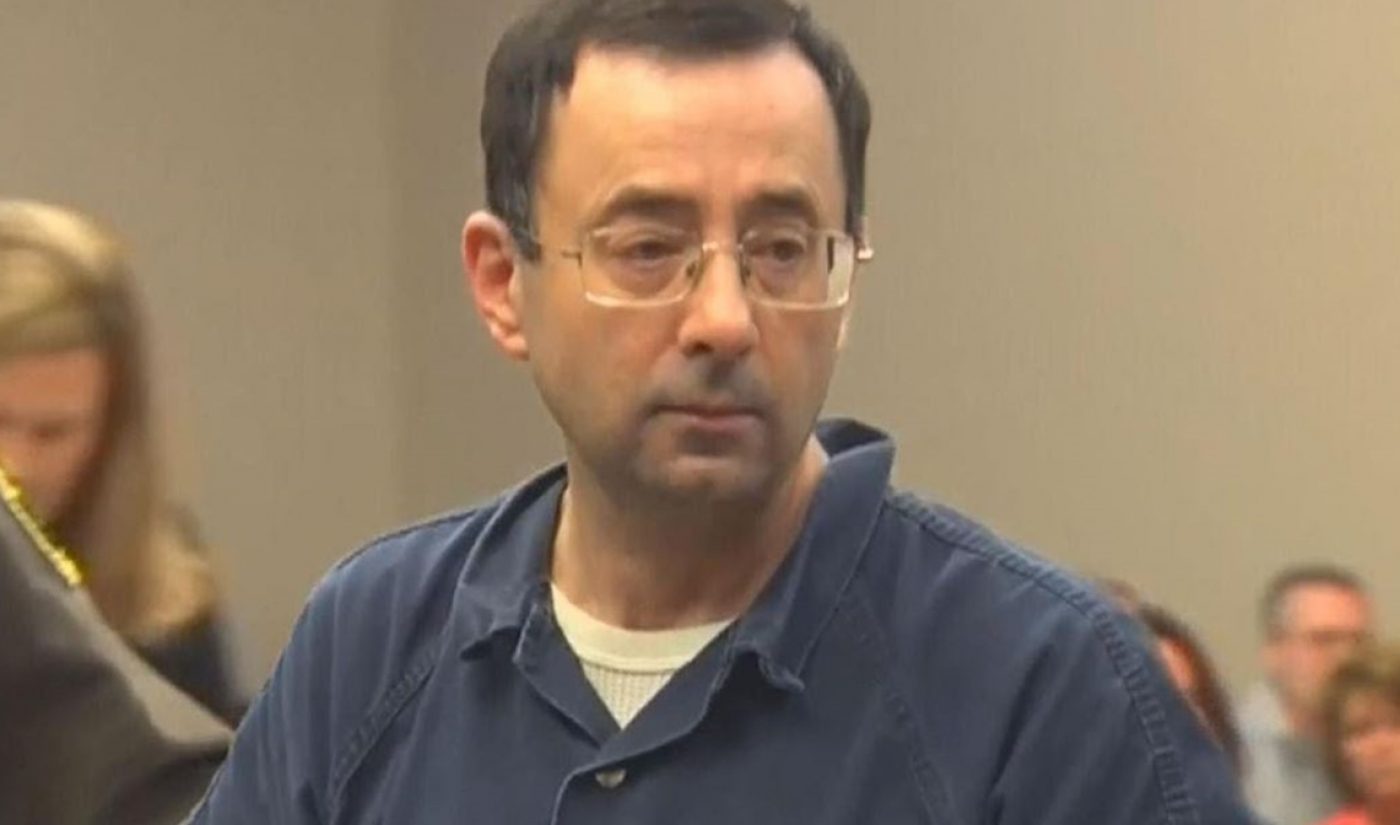 Larry Nassar, the former team doctor of USA Gymnastics — who has been accused by hundreds of athletes of committing sexual abuse under the auspices of medical care — has been expunged from YouTube.

Nassar, who was sentenced to 60 years in prison on child pornography charges in December, and who has subsequently pleaded guilty to 10 charges of sexual assault, formerly operated a YouTube channel showcasing young women performing strength and conditioning exercises. Following a call from The Hollywood Reporter, however, YouTube shuttered the hub, dubbed Gymnastics Doctor, which had 2,000 subscribers, had not been updated in roughly one year, and appeared to be running zero ads.

“Given Nassar’s conviction, sentencing hearings, and the fact that his videos show him in physical contact with young women in his capacity as a USA Gymnastics doctor, we’ve decided to remove his channel,” YouTube told the Reporter in a statement. The outlet notes that while the content of Nassar’s videos may not have violated YouTube guidelines directly, his channel was also removed to protect the privacy of the women who appeared in the clips.

Nassar, who was employed by Michigan State University, is in the midst of a sentencing hearing related to roughly 140 charges of sexual harassment and assault. Noted Olympians like Aly Raisman and Jordyn Wieber have powerfully shared their experiences during the hearing in victim impact statements.

In order to clamp down on bad actors and the monetization of inappropriate content, YouTube enacted sweeping changes last week — including new eligibility rules for its Partner Program, and a vow that every video within its Google Preferred ad tier will be subject to human moderation.