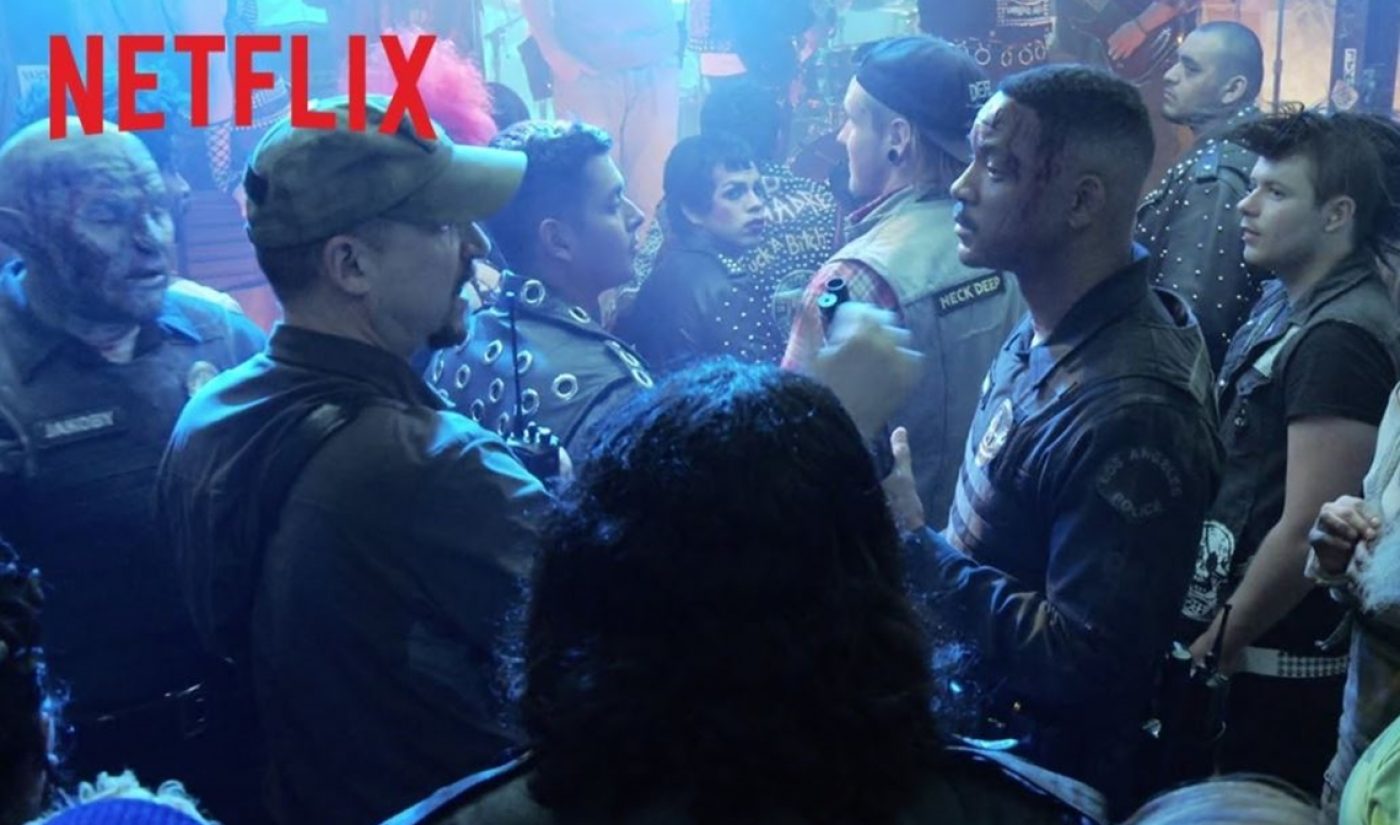 Netflix added 8.3 million subscribers last quarter for a global total of 110.6 million — marking the highest quarterly subscriber gain in the company’s history. (1.98 million of those subscribers were in the U.S.) The company also clocked $3.28 billion in revenue in Q4 — a 33% increase over the same period last year.

The figures exceeded Netflix’s own projections, Deadline reports, and can be attributed to popular originals like its first-ever blockbuster-sized feature film, Bright, which was panned by critics. (A sequel is on the way). CEO Reed Hastings said that Bright became one of Netflix’s most-viewed original titles ever during the first month of its release. Despite these encouraging numbers, however, Hastings cautioned investors about increasing competition in the streaming space from Amazon, which is in the midst of a leadership and strategy shakeup, and Apple, which has announced a string of high-profile projects in recent months.

In the past, Netflix has partnered with the likes of Tracy Morgan and Sarah Silverman for feature-length comedy specials.