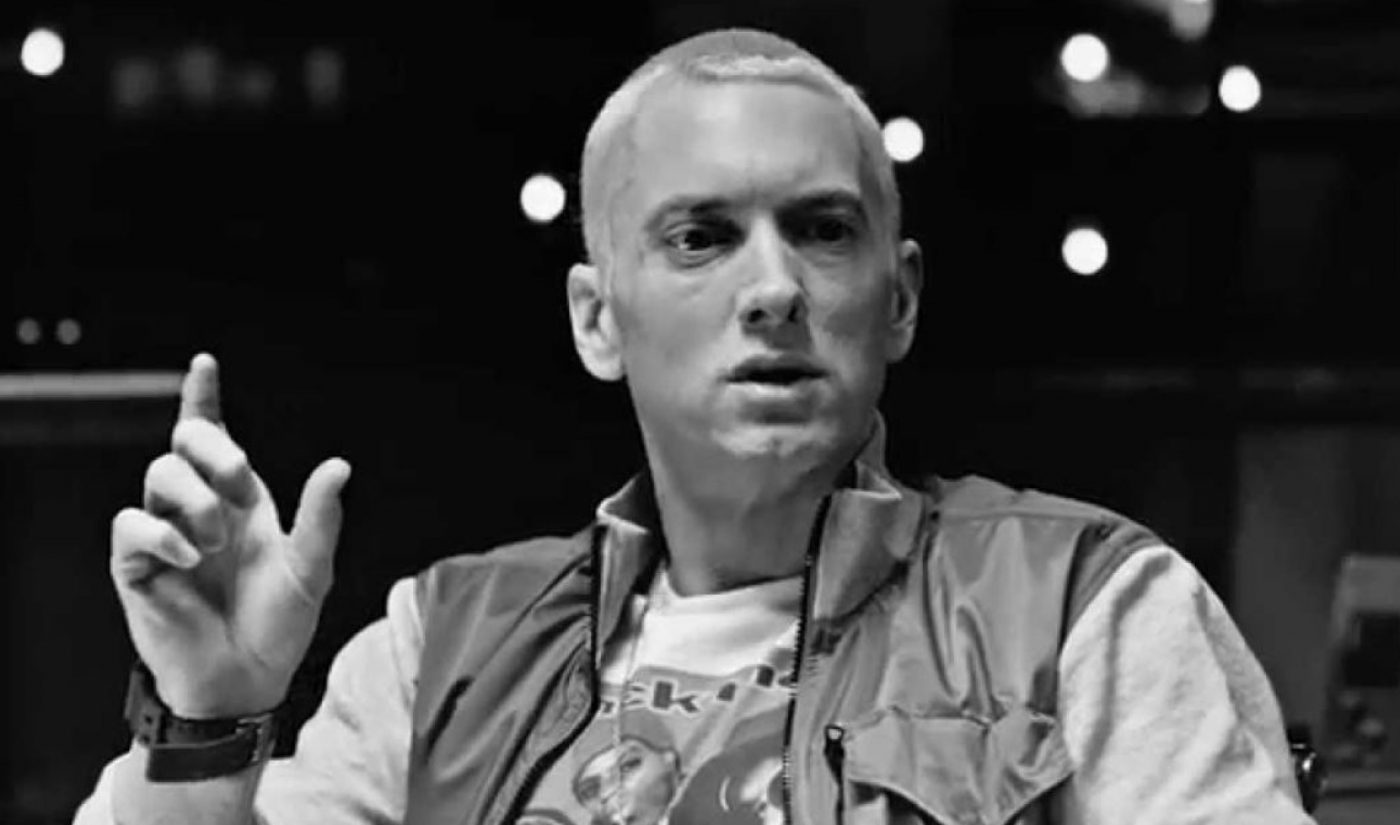 The latest addition to YouTube’s Red portfolio is Bodied, a satirical feature produced by the rapper Eminem and directed by Joseph Kahn — best known for his illustrious array of music videos alongside the likes of Taylor Swift and Snoop Dogg.

The film will follow a progressive grad student played by Calum Worthy (American Vandal), who is writing a thesis on competitive hip-hop and whose emergence onto the scene breeds both success and anger, according to The Wrap. The premise may sound vaguely familiar to 8 Mile, Eminem’s 2002 biopic about a white rapper attempting to launch a rap career. Bodied was written by Toronto rapper Alex Larsen and features a cameo by renowned radio host Charlamagne Tha God.

YouTube will preview Bodied at the Sundance Film Festival this Sunday. The film debuted last year at the Toronto International Film Festival, where it won the People’s Choice Midnight Madness Award, which recognizes underground or cult projects. Following a theatrical release, the film will bow on YouTube Red — which is priced at $10 per month — later this year.

In addition to Bodied, YouTube is readying several new titles for Red this year, including the action thriller Impulse, dance series Step Up: High Water, and an Anna Akana titled Youth & Consequences. Seventy percent of the episodes of these three shows were directed by women.