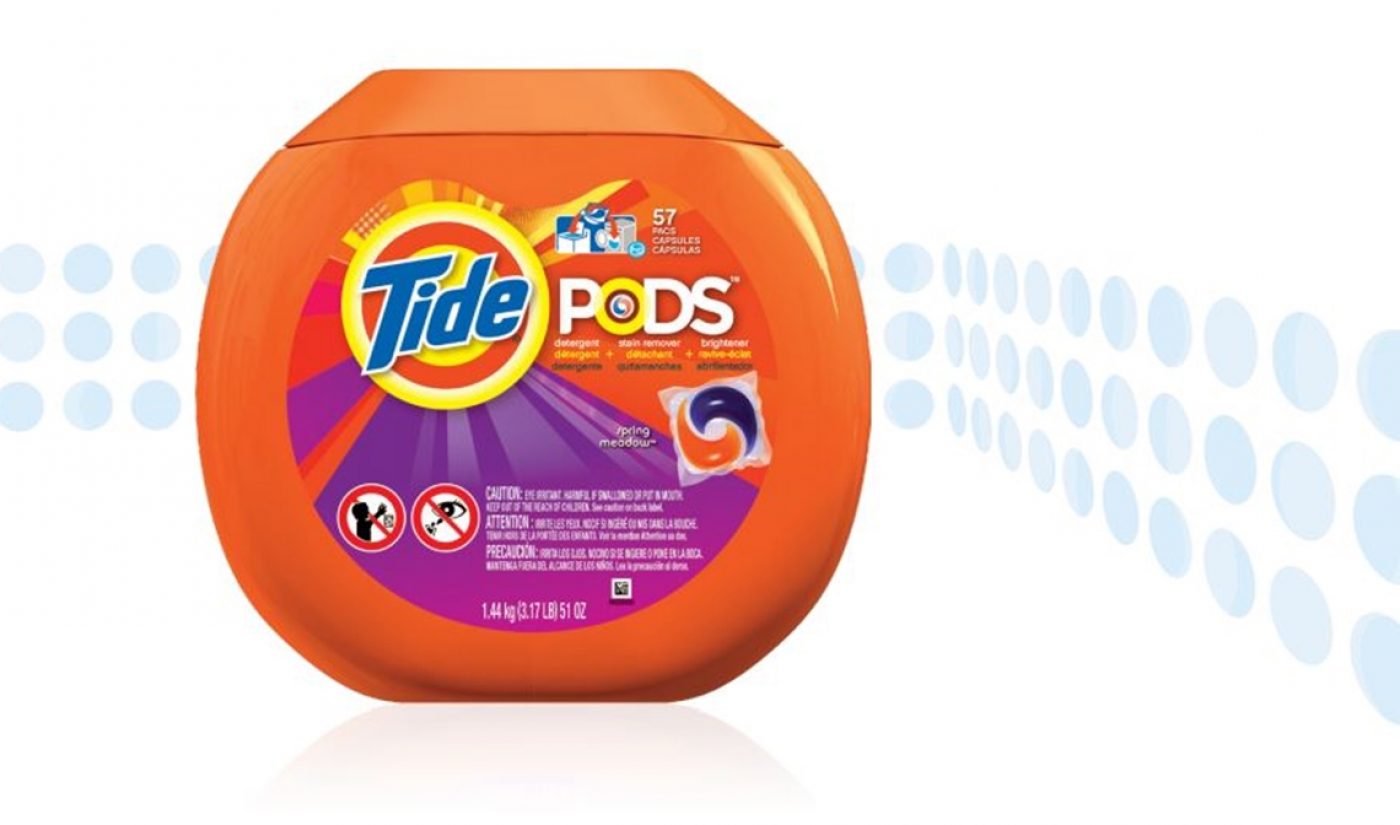 If you thought the ‘Fire Challenge’ sounded incomparably idiotic, meet the so-called ‘Tide Pod Challenge‘ — a trend that has swept the internet in recent weeks and sees creators on YouTube (and other platforms) attempting to eat laundry pods. While the joke is that the pods look like fruit-flavored candy, the feat could — duh — pose potential health risks.

Some clips feature participants foaming at the mouth and coughing uncontrollably, according to People, and 10 deaths have been linked to the phenomenon. KnowYourMeme attributes the birth of the Tide Pod Challenge to YouTube creator TheAaronSwan669 — though, in Swan’s video (below), he doesn’t actually go through with it.

Now, amid serious push-back from health officials — who say that a chemical called 1.4 Dioxane could cause lung damage, kidney problems, and nose and eye irritation, according to People — YouTube is denouncing the trend. In a statement to Fast Company, the company said, “YouTube’s Community Guidelines prohibit content that’s intended to encourage dangerous activities that have an inherent risk of physical harm. We work to quickly remove flagged videos that violate our policies.”

While Fast Company notes that Tide Pod Challenge videos could result in a channel strike, YouTube does permit videos that discuss the challenge as a news phenomenon.

According to People, concerns surrounding the challenge have been voiced by the U.S. Consumer Product Safety Commission as well as Tide itself, which enlisted spokesperson Rob Gronkowski to dissuade prospective participants with a PSA. The American Association Of Poison Control Centers also reports a spike in calls related to Tide Pod consumption since the beginning of the year.