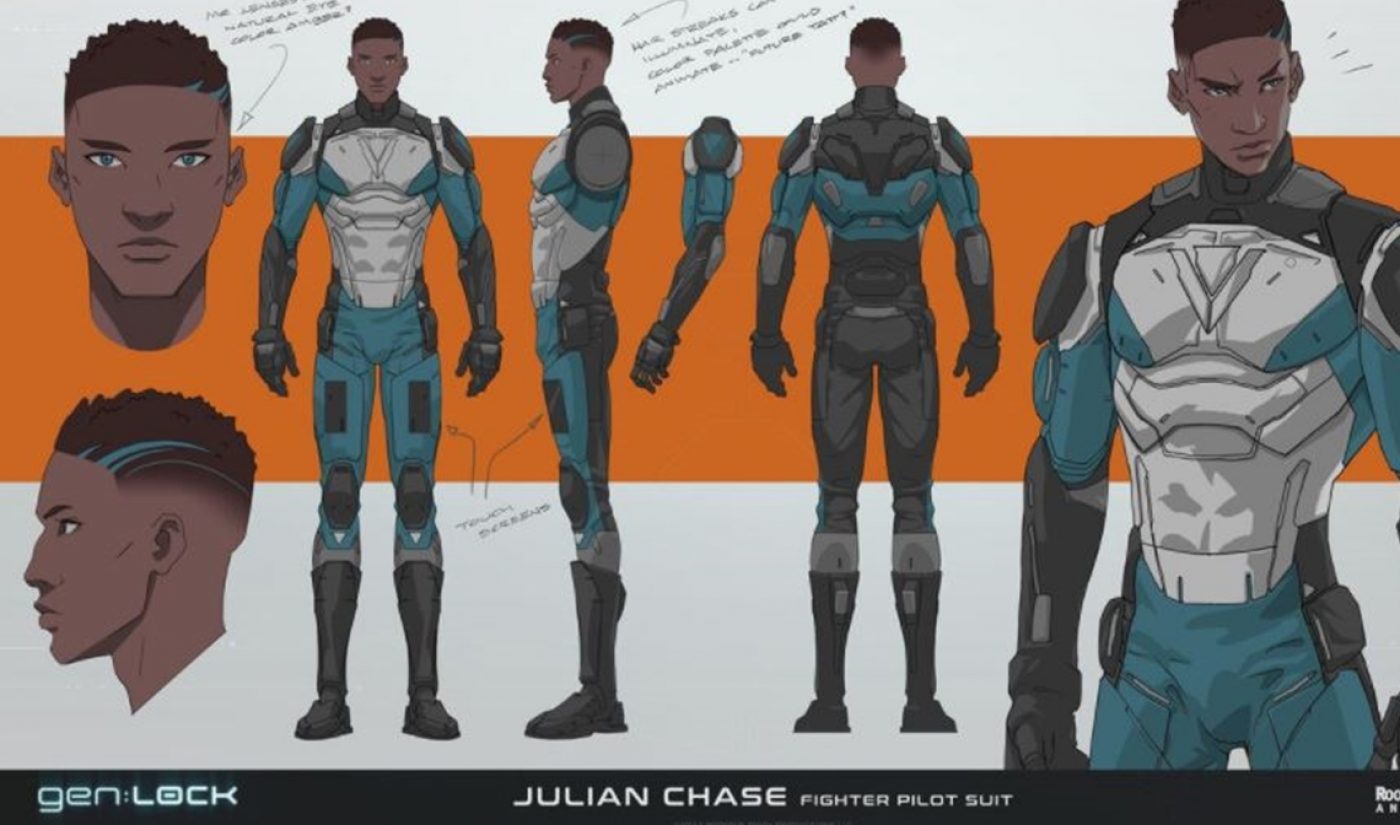 Rooster Teeth, the 15-year-old digital media outfit renowned for its animated works, has announced a 2018 slate, which includes two brand new series and the return of flagship anime hit RWBY.

Rooster Teeth calls gen:LOCK its biggest animated production since RWBY, which broke records as the first-ever American anime to be exported to Japan. gen:LOCK was inspired by the so-called ‘mecha’ genre, according to Rooster Teeth, which feature robots or machines controlled by people. Rooster Teeth’s second original animated project is Nomad Of Nowhere, about the world’s last magical being who is on the run from captors and bounty hunters. It premieres on March 2 — while a premiere date for gen:LOCK has not yet been set.

In addition to its new shows, Rooster Teeth is also bringing back old favorites, including RWBY, whose sixth season will bow in the fall, as well as Red vs. Blue and Camp Camp. All of the programming will premiere exclusively on First — the company’s SVOD service that currently counts more than 250,000 paying subscribers and 3 million community members — before rolling out to free-to-watch destinations like YouTube. (Rooster Teeth’s YouTube network counts a combined 45 million subscribers).

“At Rooster Teeth, the mantra is ‘make what you would want to watch’, and we’re thrilled to be bringing out two new original series for our community,” Gray G. Haddock, the head of Rooster Teeth Animation, said in a statement. “We’re having a ton of fun and we can’t wait to share more.”

RWBY — The fifth volume of RWBY concludes on January 20th. This season attracted a per-episode average viewership comparable to network shows like Supergirl. A highly anticipated sixth volume will premiere in the fall, following the four main characters, Ruby, Weiss, Blake, and Yang, and their ongoing adventures in the World of Remnant. RWBY is an anime juggernaut with a huge international following and is the first-ever American anime to be exported to Japan.

gen:LOCK — On the losing side of a global war, Earth’s last free society recruits a diverse team of young pilots to control the next-generation of mecha — giant, weaponized robot bodies. These daring recruits will find, however, that their newfound abilities come at no small cost.

Nomad of Nowhere — A mysterious nomad traverses a western wasteland — but a price on his head sends him on the run from captors and bounty hunters, who all want to score big when they bring in the world’s last magical being.

Camp Camp — Camp Camp returns for a third season this June. It is the first series from Rooster Teeth to reach more than 40% female viewers, further expanding the broad audience RWBY introduced. Camp Camp tells the story of Max, a jaded ten year old, who finds himself stuck at a dysfunctional summer camp run by a shady business mogul who is looking to turn a profit any way he can. The cynical Max will have to survive annoyingly cheerful counselor David, the weird cast of campers, and bizarre surprises at every turn before he can escape for home.

RWBY Chibi — RWBY Chibi is a cute window into the exciting world of Remnant. Each mini episode finds Ruby, Weiss, Blake, Yang, and more of your favorite RWBY characters in adorably hilarious situations, from making cookies and pancakes to hiding from the vacuum cleaner. A new season of RWBY Chibi, featuring even more characters based on the hit show RWBY, begins this month.

Death Battle — Who would win in a fight between Street Fighter‘s Ryu and Mortal Kombat‘s Scorpion? Superman vs. Goku? Digimon vs. Pokemon? Death Battle has the answers. The premiere “vs.” series on the internet, Death Battle takes two pop culture icons and squares them off in a battle to the death. Bringing forth an insane amount of research on the icons in each episode and culminating with a fully animated fight scene, the show has captured a passionate worldwide audience that continues to grow with each new episode.

DBX — Death Battle’s spin-off that pits fighters against each other just for the thrill of the fight, DBX is entering its third season. Fans can expect sprite-based and 3D animations of their favorite characters battling it out with “No rules, just bloodshed!” Be on the lookout for a couple special episodes this year where fighters take on a horde of enemies.

RTAA — RTAA is Rooster Teeth Animated Adventures, a series of mini episodes that animate the ridiculous stories told on talk shows and podcasts all across First, including the award-winning Rooster Teeth Podcast.