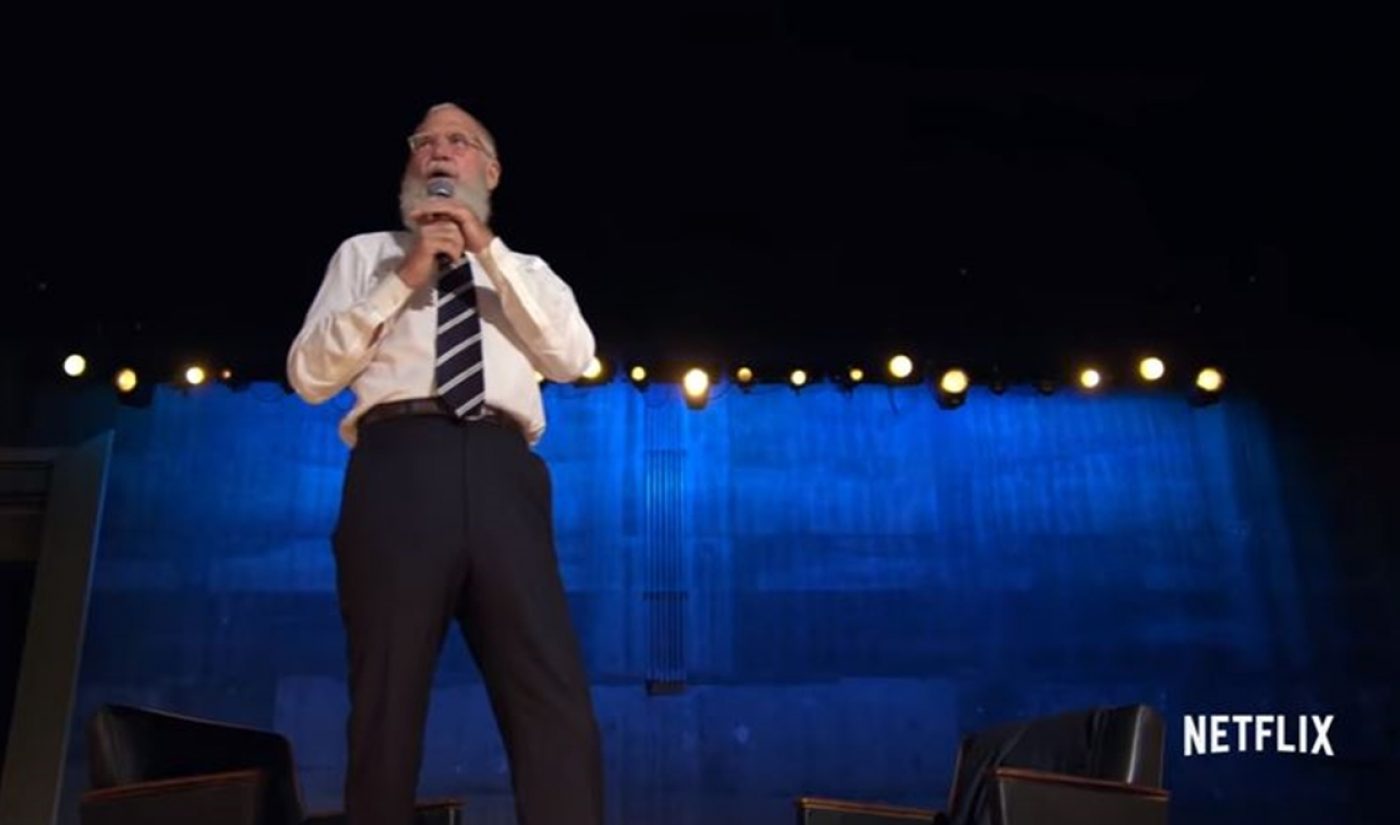 Netflix has provided its first glimpse at David Letterman’s forthcoming talk show titled My Next Guest Needs No Introduction. The hourlong series will premiere next Friday, and five subsequent episodes will bow monthly through the first half of the year.

No Introduction marks Letterman’s return to showbiz after departing CBS’ The Late Show in 2015, and he will conduct interviews both in-studio and on location with figures he finds personally fascinating: George Clooney, Malala Yousafzai, Jay-Z, Tina Fey, Howard Stern, and President Barack Obama. Interviews will be supplemented by field segments that aim to quench Letterman’s “curiosity and desire to dig deeper on a specific topic related to the iconic guest,” according to Netflix.

The series will be produced by RadicalMedia (The Fog Of War) and Letterman’s own Worldwide Pants studio. Check out the trailer below.

While No Introduction won’t follow the traditional format of a late-night talk show, it represents Netflix’s second partnership with a late-night host. The company cancelled Chelsea, a talk show headlined by Chelsea Handler, after two seasons last October.