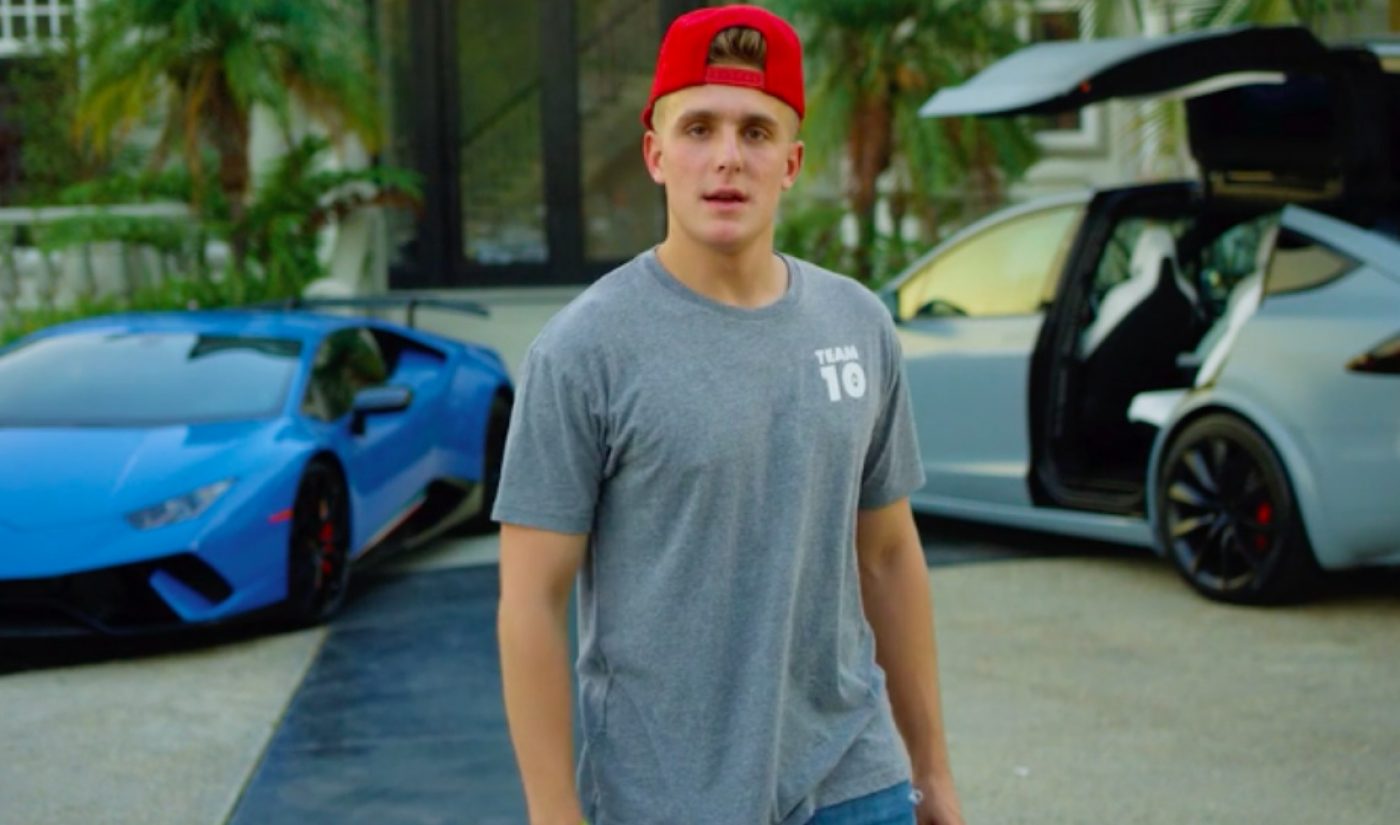 Jake Paul wants to help his followers become rich and famous like him — for a price. Paul, the social media star whose videos, music, and assorted antics have made him into one of the internet’s most-watched personalities, has quietly launched Edfluence, a series of courses that leverage Paul’s success to teach students “how to be social media famous.”

Paul has been teasing the release of Edfluence since June of 2017, but he officially announced the social media school of sorts was open for business about six minutes and 30 seconds into his first YouTube video of 2018. Paul says he spent “hours and hours” working on the new venture, distilling all the learnings from his unprecedented ascent to the top of YouTube and other social media platforms into bite-sized online courses for easy consumption by his hordes of ardent fans.

These “things that have taken me years to master,” Paul says, and he’s going to tell his wouldbe apprentices all his secrets. But not before a strong pitch.

First up in the sales funnel is a 16-minute video, the majority of which consists of Paul educating viewers on his success and the luxury lifestyle he’s able to afford from being one of the biggest social media stars on the planet. He shows off the swanky Miami hotel he booked and makes sure to mention by name the butterfly doors on his McLaren. It’s all very Tai Lopez, just without the books and the garage.

Multiple times Paul refers to the massive numbers he pulls on his videos, and he uses a crude statistical comparison to imply he is more famous and influential than the Kardashians. He tells viewers how hard it was to break into Hollywood five years ago and how one could only make it in showbiz by some crazy confluence of being in the right place in front of the right person at the right time. Paul claims to know this, though five years ago he was a 15-year-old high school student in Westlake, Ohio.

Luckily, it’s a “new world now,” as Paul says. The power of social media stardom offers a clearer path to success. And in his mind, the guide on that path is Edfluence.

Paul’s goal is to teach aspiring creators how to take advantage of the newfangled moneymaking opportunities social media provides. His pitch is filled with proclamations of the power of social media stars, stating his influence is “changing the world” and “making a dent in the universe.” (It’s worth noting his pitch is devoid of any mention of how having a brother who’s already successful on a social media platform could help with your own career’s upward trajectory.) But he doesn’t spend too much time on that thread before once again reminding the viewers how much money he’s made by having a blast with his friends in front of the camera. Here’s a quote that sums up his spiel:

“I didn’t even do this for the paycheck and I would still keep creating content without all that. But it doesn’t hurt to have an extra few million dollars a year for uploading some videos.”

It isn’t until about ten minutes into the video that we get an idea of what Edfluence actually offers. Paul lays out three strategies that form the basis of his teachings. The first is “have a phone,” the second boils down to “if you like makeup, create makeup videos,” and the third is “aim for high watch time.” Paul intones that last strategy is a revered, little-known tactic. In truth, it has been known and understood for years in online video circles.

As part of Paul’s pitch, he dangles a carrot in the form of “Team 1000,” an expansion of his Team 10 venture that presumably will one day be a virtual home for Edfluence’s best and brightest students. He doesn’t give too many specifics other than it’s a thing that’s exclusive that you could maybe be part of one day.

It’s all a little vague, but that’s the point. It’s just a taste of the kind of information and aspirations you’ll have access to if you pay $7 to purchase a “roadmap” to success. Paul promises a lot of knowledge, knowhow, and actionable insights behind the paywall. And if what you desire is social media fame and fortune, who better to teach you? Paul’s numbers on YouTube, his 12 million subscribers and 3.3 billion views, his 10.4 million Instagram followers, and his 2.8 million Twitter followers are impressive. Very impressive. Perhaps his advice is worth $7.

Except it doesn’t cost $7. The initial $7 payment only unlocks a few basic videos, most of which reiterate points aspiring creators can learn by talking to people in the industry or watching some videos from other prominent YouTube stars. The full roadmap, filled with guides to individual platforms and video types, is only available to “Inner Circle” subscribers who pay an additional $57.

Just days after Edfluence’s launch, the course already has plenty of customers. “We are blown away by the immediate surge of interest in Edfluence,” Nick Crompton, Team 10 COO, told Tubefilter. “Which only confirms our belief that this type of platform was a critical and much-needed tool for emerging social media personalities everywhere.”

Here’s a testimonial from one of many users who is already satisfied:

Hundreds of others have taken one of the first pieces of advice laid out on the Edfluence roadmap and uploaded their first YouTube video (or first in a while). Many of them copy Paul’s cadence and delivery with exact precision. Meanwhile, some other takers (who Paul would probably dab on) have called Edfluence a scam.

It’s the early stages of Edfluence, though, and Crompton is quick to point out it’s still in a kind of “soft launch” phase. “Much like any developing platform, we are working through the initial hiccups, but could not be more excited about perfecting the Edfluence experience and empowering a new generation of content creators,” he said.

Scam or legit school for success, there’s little doubt the same kids who in aggregate spend millions of dollars on Jake Paul merch will also pay the price of a hoodie (and then whatever one-time or reoccurring fee may come next) to get access to a course that may or may not make them social media’s next biggest star. With that in mind, maybe Edfluence is going to be just the thing that makes Paul that billionaire he desperately wants to be.