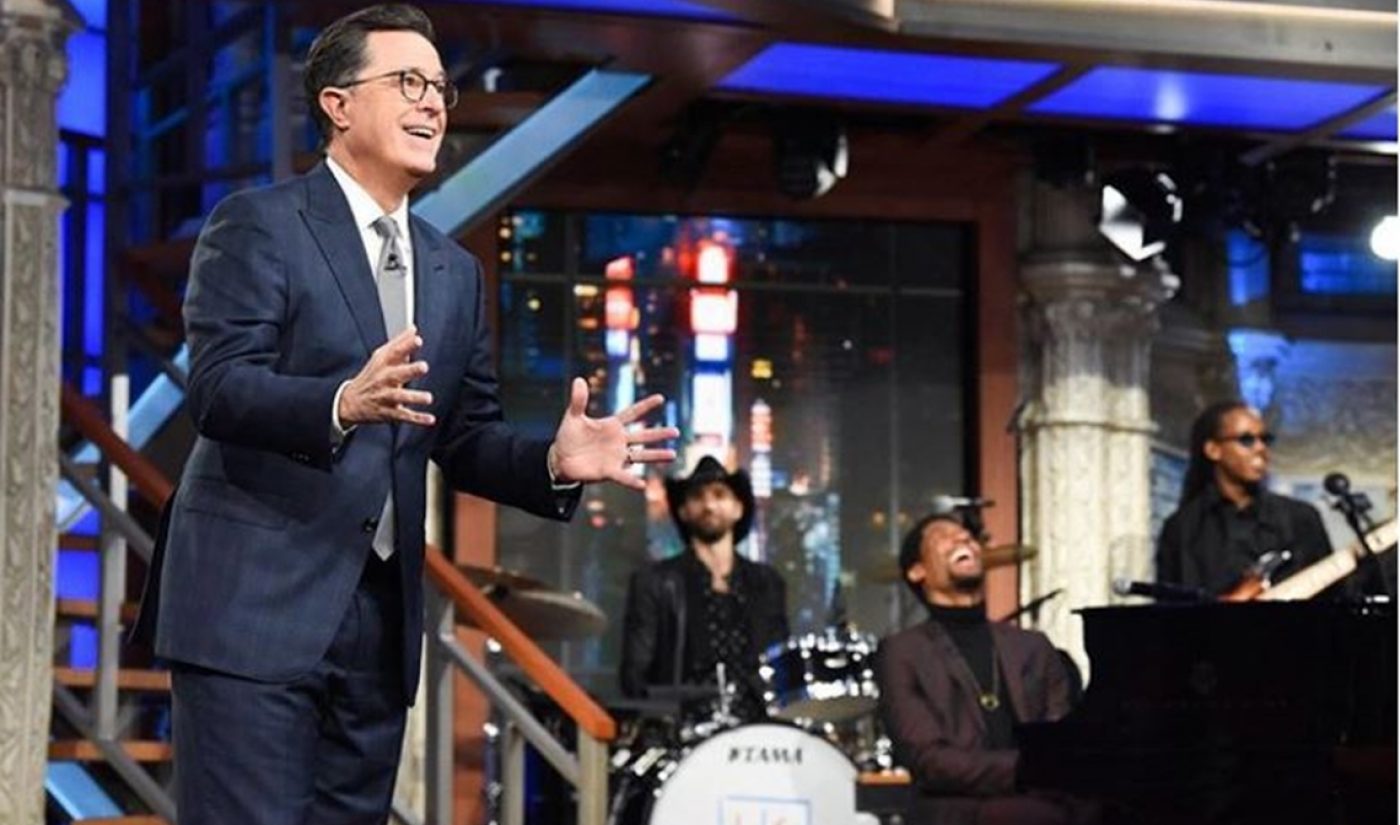 Facebook’s fledgling Watch video platform is getting a taste of late-night TV thanks to a new deal with CBS, which will premiere clips from both The Late Show With Stephen Colbert and The Late Late Show With James Corden beginning this afternoon.

Neither show will be creating exclusive content for Watch, though the terms of the deal — including who is responsible for ad sales as well as the ad revenue split — haven’t been disclosed. AdAge reports that some major media companies have been reluctant to join Watch because they want to handle their own ad sales — a capability that the company began testing late last year. In a further boon to publishers, Facebook just announced that it will begin to pilot six-second pre-roll ads in Watch — a more desirable format for many marketers than mid-roll ads.

“The significance of this deal is about expanding our Watch offering to present more fresh and engaging content, which is a priority for us,” a Facebook spokesperson told AdAge. “With CBS and late-night, these are shows that build community and encourage a lot of engagement.”

While The Late Show and The Late Late Show represent the first CBS television series to bow on Watch, the company’s GameSpot brand produces an original show for the platform called Today I Learned. CBS Interactive president Marc DeBevoise says the company is looking to create additional content for Watch in the future.