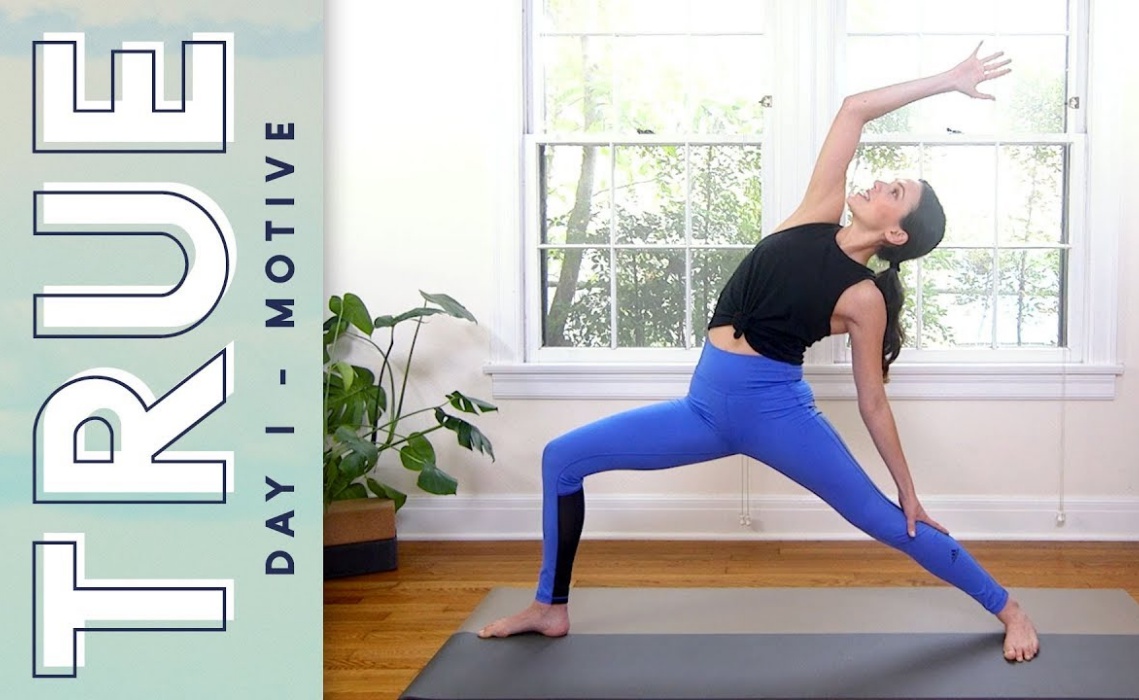 The most common New Year’s Resolution is “get healthy.” With that mantra driving them, many people hit the gym in January, eager to start off the New Year on the right foot. Fans of YouTube’s top yoga channel, however, can fulfill their resolutions without leaving their homes. For the fourth year in a row, Adriene Mishler‘s Yoga With Adriene has launched a 30-day video series to help viewers make new beginnings for themselves during the first month of the year.

This year’s January yoga series is titled True, and Mishler describes it as “the ultimate at-home yoga practice.” “The idea behind True…is that you don’t need to become someone else or achieve any fixing or massive change on the inside,” Mishler said in an introductory video. “Rather, we need to take the time to uncover and see what is already there.”

Beginning on January 2, Mishler will release a new installment of True each day through January 31. Her first course of 2018 starts off simple. It features the brightness and clarity that is typical of her work and helped her win a trophy during the 2016 Streamy Awards.

Beyond the videos themselves, Mishler will also use several other elements to establish True as a full-fledged lifestyle routine. Viewers who sign up for emails on the official True website will receive daily emails from Mishler, and they can also use a downloadable calendar to keep track of progress.

Once January ends, Mishler will continue to provide plenty of new videos for those who wish to continue working out alongside her. Yoga With Adriene has close to three million YouTube subscribers and has received more than 220 million views to date.