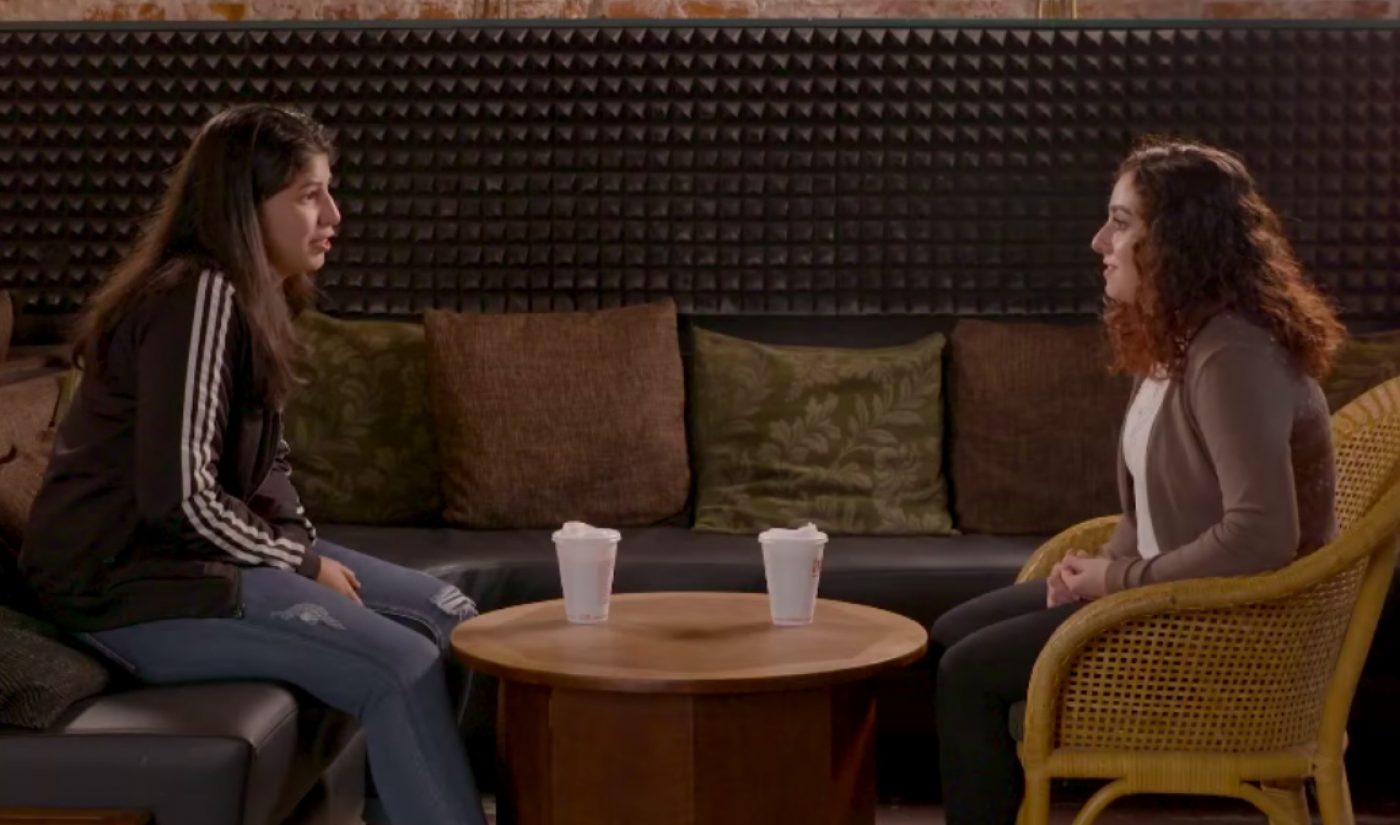 Fine Bros Entertainment (FBE), the digital media company founded by brothers Benny and Rafi Fine, has come on board as the executive producer of a contest-winning pilot. The main FBE YouTube channel is the home of Talking To Myself, a project born out of New Form‘s Pitch To Pilot Campaign.

Talking To Myself, from creator Eric Jaffe, showcases interactions between two people with the same name. In the pilot, the guests also happen to share their handle with a major celebrity: Selena Gomez. Across their five-and-a-half-minute conversation, they discuss awkward introductions, their respective issues with Facebook, and their shared namesake, Tejano music legend Selena Quintanilla. While they chat, they sip coffee provided by Dunkin’ Donuts, one of the sponsors of Pitch To Pilot.

This is not the first time FBE has used its platform to promote up-and-coming creators. It previously funded series from multiple creators, which it shared on YouTube. The company’s primary hub, powered by successful shows like React, has more than 16 million subscribers.

“New Form is excited about the inventive pilot concept from Eric Jaffe and is thrilled to have joined forces with Fine Brothers Entertainment as they have an impressive track record of producing quality digital content with a great creative vision,” said New Form CEO Kathleen Grace in a press release. “We think their audience is really going to love this pilot and we’re excited to share this project with them.”

New Form fielded entries for Pitch To Pilot during VidCon 2017 and ultimately selected Jaffe as the competition’s champion in July.  His work joins the other pilots New Form has incubated, many of which can be found on its YouTube channel.