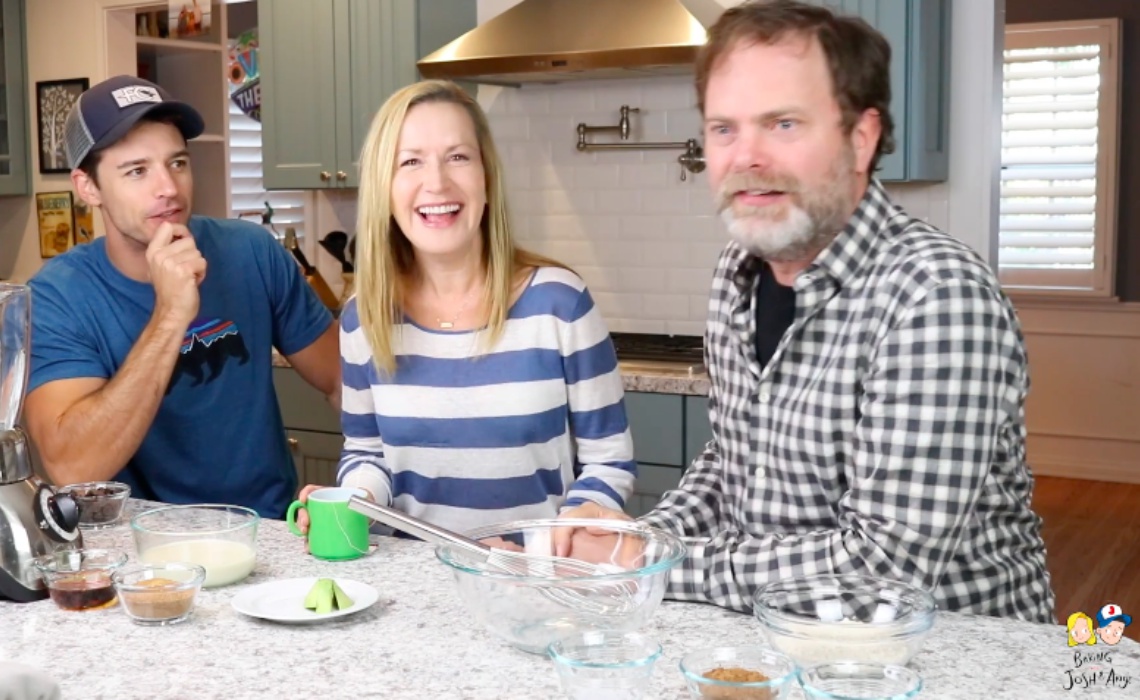 For nine seasons, Rainn Wilson and Angela Kinsey played out an on-screen romance in The Office. Now, on YouTube, they are displaying their platonic, real-life friendship. Wilson made a guest appearance on Kinsey’s web series Baking With Josh & Ange, which she hosts alongside her husband Joshua Snyder.

In the episode, Wilson and Kinsey talk about the comments they receive from Office fans who think they are married in real life. They also discuss Wilson’s work with the nonprofit organization LIDE Haiti. The end result of the video is a pan of sweet treats made from vegan ingredients.

Wilson’s guest appearance on Baking With Josh & Ange follows two weeks after an encounter between him and Kinsey on the late-night TV series Conan.  Beyond his cameos on cozy cooking shows, Wilson is a seasoned online video vet thanks to his founding role in SoulPancake, a media company known for its thought-provoking work.

Kinsey and Snyder’s web series tends to be cheery fun, and the Wilson episode is no exception. I would particularly recommend the video to viewers who miss The Office. Looking at you, guy who binged the entire show in five days.