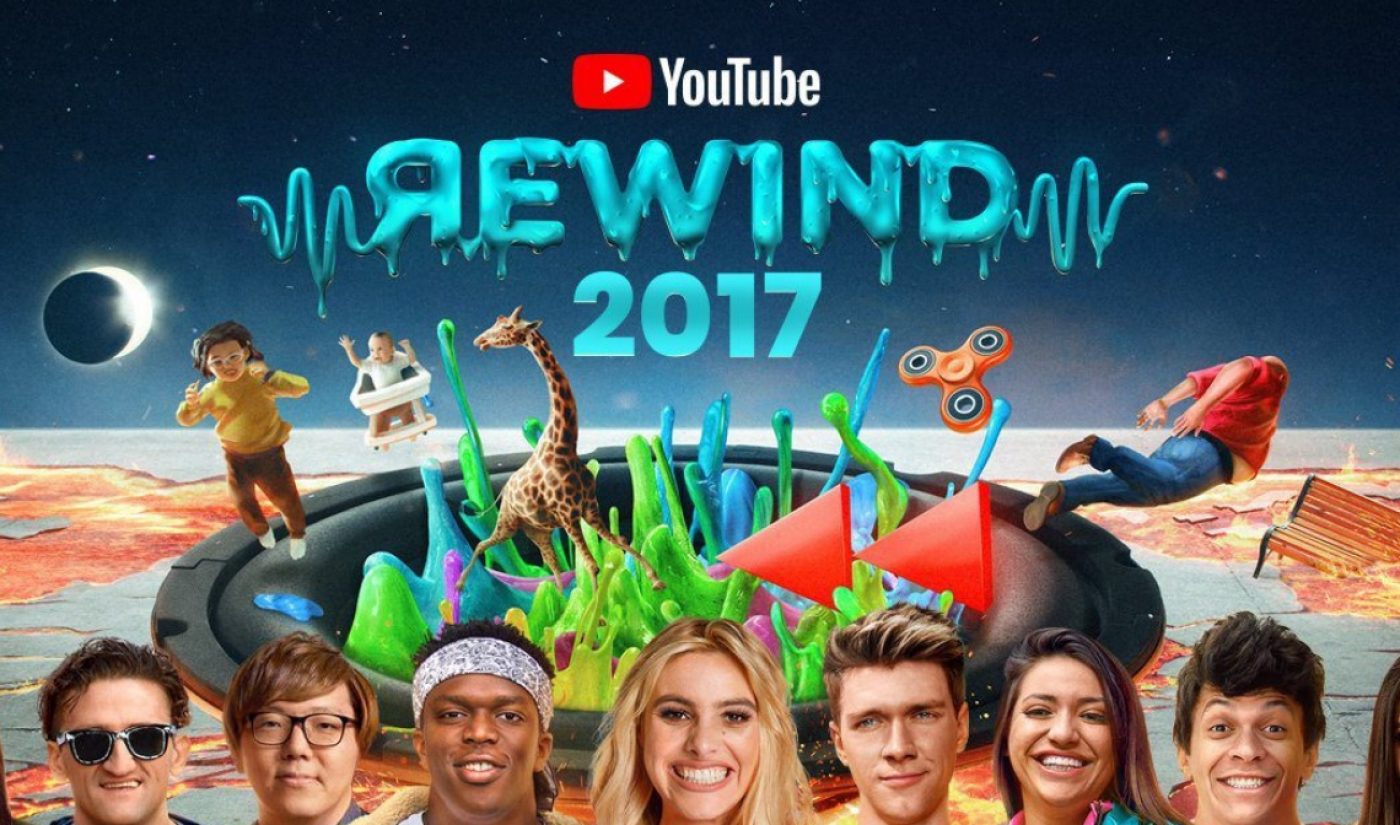 As it has done each December since 2010, YouTube has rolled back the year that was with a star-studded recap. The video site has released the 2017 edition of its YouTube Rewind video, and this year, close to 300 creators participated in the massive annual collaboration.

With each passing year, YouTube stacks its Rewind with a growing number of star videomakers, popular musicians, and TV hosts. This year’s cast is the largest one yet, with each creator receiving a few seconds of screen time. Across grand sets, the featured performers act out some of 2017’s most memorable online video trends, ranging from fidget spinners to the solar eclipse to the explosion of Latin music. Portal A, long the producer of YouTube Rewind, returned to helm this year’s edition as well.

From the description box of the latest Rewind video, viewers can navigate to a landing page that shares some of the year’s most memorable topics, unveils the top viral videos of 2017, and quizzes close watchers on the trends depicted in the Rewind. Profiles of the creators who participated in the collaboration are also available.

While YouTube Rewind is a celebration rather than a critical piece of content, it is nonetheless lacking mentions of a few topics that defined the conversation in the online video world for much of 2017. YouTube’s tug of war with its creators over demonetized videos caused at least one creator, Matthias, to boycott the annual Rewind tradition, though judging by the final product, many of his colleagues still opted to participate. 2017 wasn’t a perfect year in the 2017, but it was still full of memorable moments, and as YouTube looks to forge a strong connection with its community, it is looking to end the year on a positive note.