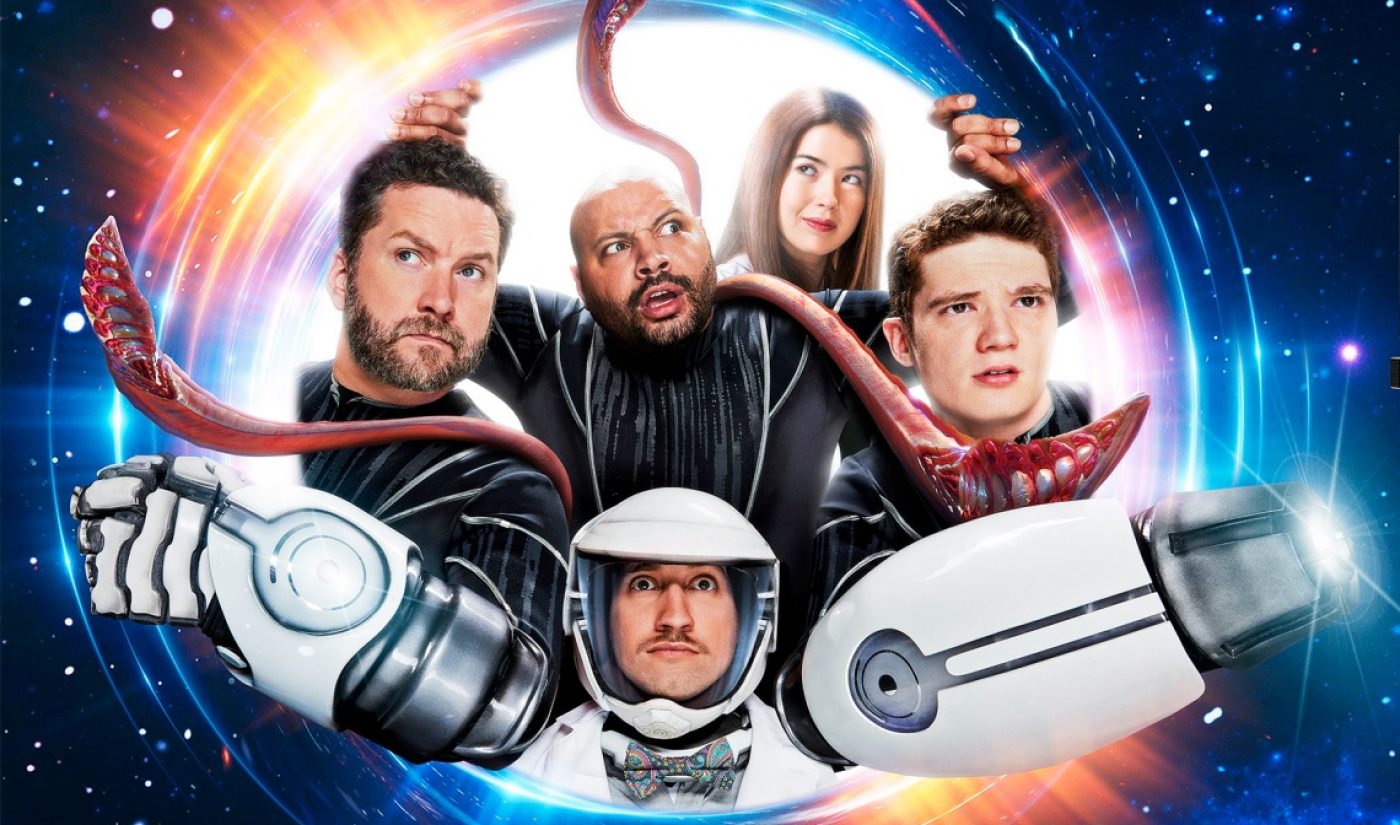 Rooster Teeth‘s heroes have suited up once again and are ready to do battle with extraterrestrial foes. The Austin-based studio has released Lazer Team 2, a feature film that serves as a sequel to 2016’s Lazer Team.

In the original Lazer Team, four friends — portrayed by Michael Jones, Gavin Free, Burnie Burns, and Colton Dunn — came upon a powerful suit of armor, which granted them special abilities. In the second film, all four of the lead actors reprise their roles as the titular team heads out on an adventure to save one of their own. A trailer showcases some of the action, comedy, and 80s references viewers can expect:

The first Lazer Team film, funded with the help of a record-breaking raise on Indiegogo, ultimately reeled in more than $1 million in theatrical ticket sales. Emboldened by that success, Rooster Teeth announced a sequel in August 2016, with Fullscreen Films serving as co-producer. After beginning a brief theatrical engagement of its own on November 13, Lazer Team 2 is now available for YouTube Red subscribers, who can pay $9.99 per month for the right to watch the sci-fi flick, along with an additional slew of original programs.

Lazer Team pulled in mixed reviews upon its premiere but found an audience among Rooster Teeth’s millions of fans; the studio known for shows like Red Vs. Blue has more than nine million subscribers on its primary YouTube channel alone. Lazer Team 2, some early reviews suggest, is another overture to the Rooster Teeth audience. Given the passion and fervor of that group, Rooster Teeth’s strategy is a smart one.