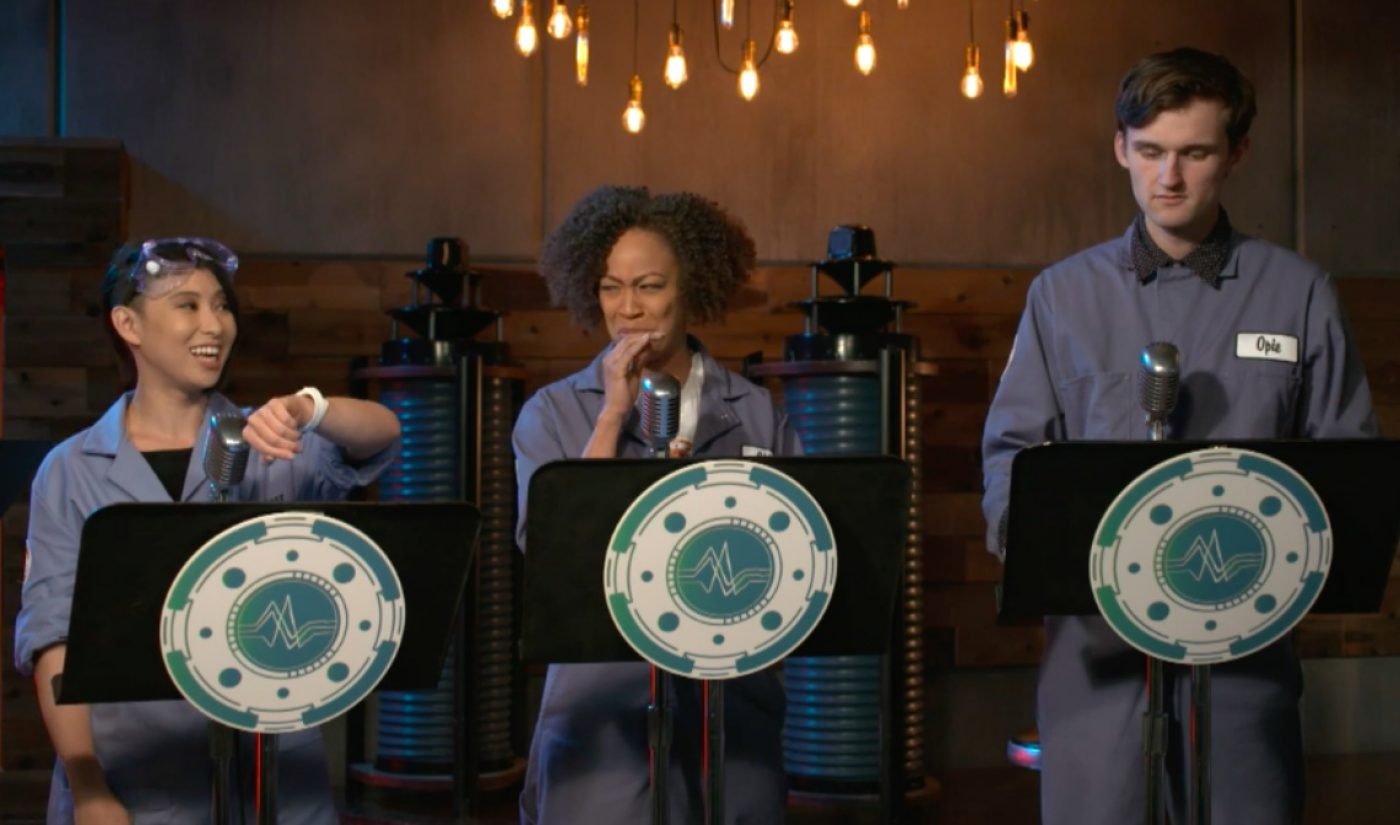 Long ago, before the advent of the television, radio plays had their moment in the spotlight. 70 years later, the rise of podcasting has brought old formats to new consumers, and the radio play has seen a resurgence in popularity as a result.

Now, it’s coming to the internet. Nerdist and 1620 Media are behind Frequency Bandits, a video series that brings the radio play to those who subscribe to Legendary’s year-old streaming service, Alpha.

Frequency Bandits is a multi-camera show that takes place upon a stage. There, actors read out scripts that detail the fanciful, space-hopping adventures of the titular crew. Sometimes, the bandits will encounter monsters; at other junctures, they’ll have to attend inter-dimensional dinner parties.

Nerdist is the right company to digitalize the radio play, since it has its roots in audio programming. Now an entire network of geeky shows, it started as a single podcast hosted by Chris Hardwick. Frequency Bandits will be released as a podcast as well.

1620 Media, an offshoot of Pilgrim Media Group, is serving as the producer of the upcoming show. “Frequency Bandits has emerged as an ideal project to expand 1620 Media into the long-form arena,” Pilgrim Media Group Chief Content Officer Nicholas Caprio told Tubefilter. “Since launching the division, we’ve partnered with an array of top talent and digital platforms to create premium original and branded content, and this series really embodies the wonderfully unique and innovative spirit of the 1620 team. We’re thrilled to partner with Nerdist and Alpha to bring this intensely fun show to viewers.”

The first season of Frequency Bandits will consist of ten episodes, the first of which will premiere on November 29. To watch it, you’ll need an Alpha subscription, which costs $4.99 per month.