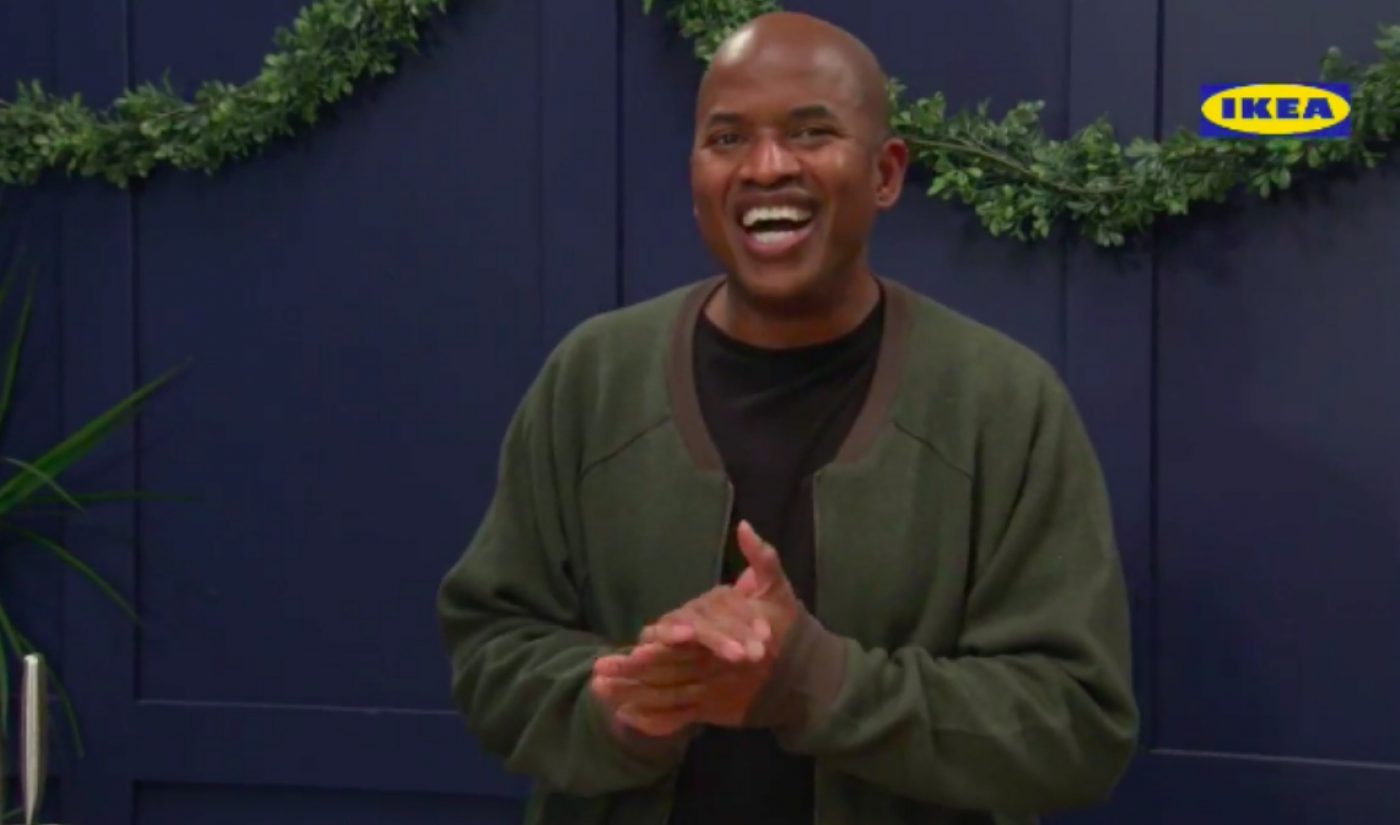 Ikea‘s latest piece of branded content gives YouTube stars a chance to share their holiday habits. The Swedish retailer has teamed up with digital media company Fullscreen and media agency Wavemaker for a live stream that offers 100 tips to viewers who plan on hosting guests during the festive season.

The stream, which aired on Ikea’s Facebook page, went live at 7 PM EST on November 16. During its 100-minute runtime, guests from the YouTube community joined the furniture outlet’s hosts to dish out 100 relevant tips for the holiday season. The list of YouTube stars who shared their own Yuletide secrets includes The Ballinger Family, Skyy John of Tipsy Bartender (pictured above), Sam Tsui, and Ann Le.

Fullscreen, Ikea, and Wavemaker previously partnered for a pair of back-to-school campaigns that also featured YouTube stars. “It’s partnerships like these that enable Ikea to make even deeper connections with its consumers and the creators themselves, who are major fans of the brand,” said Maureen Polo, the SVP of Fullscreen’s Brand Studio, in a press release.

For close to a decade, Ikea has taken a forward-thinking approach to its social media content. Easy To Assemble, which launched back in 2009, ultimately received seven Streamy Award nominations during its run. More recently, the Swedish company worked with a local ad agency to produce bizarre, artsy YouTube ads that feature sullen teenagers.