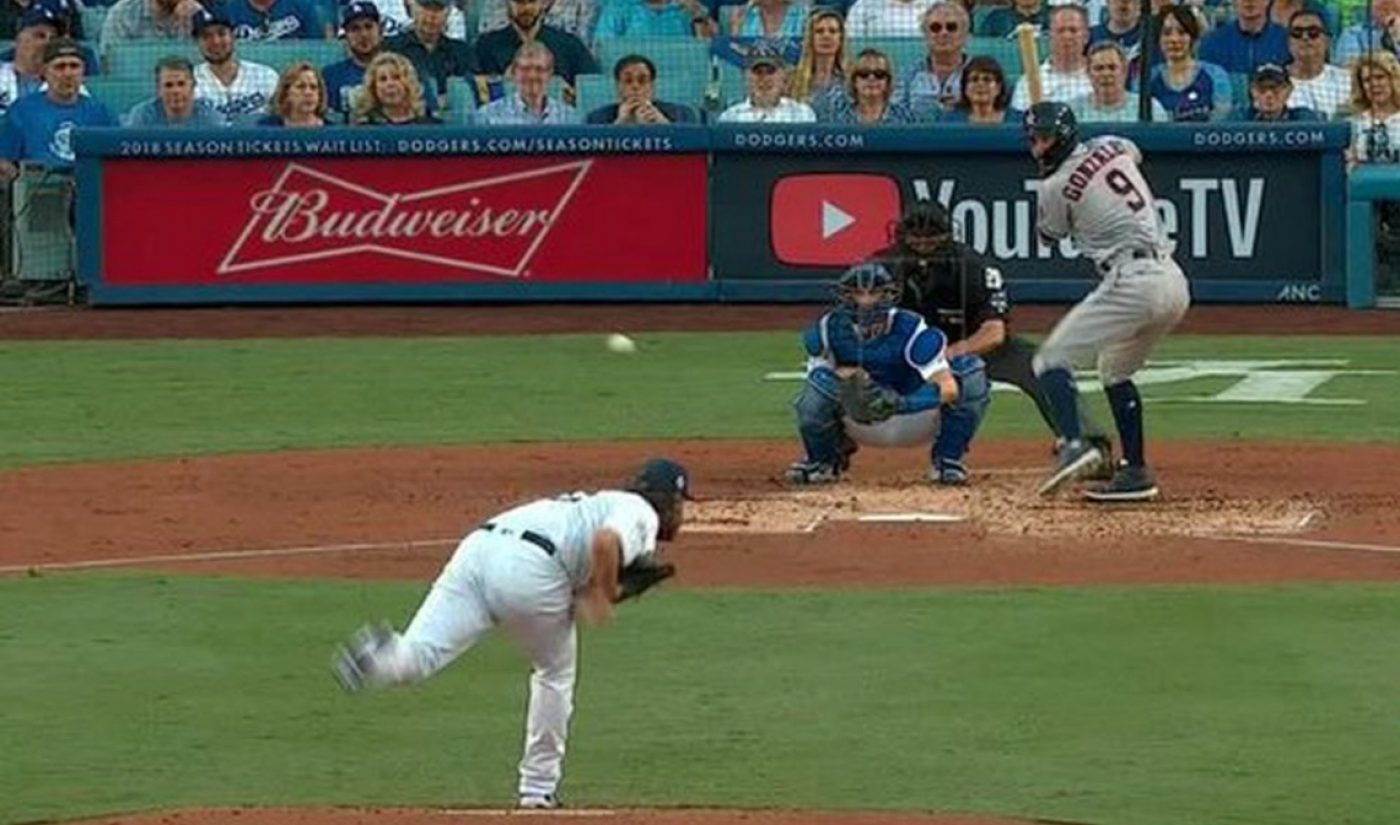 During the 2017 World Series, the only thing more constant than a Brandon Morrow relief appearance was the sight of YouTube’s bright red play button behind home plate.

The video platform launched a massive ad campaign during baseball’s grandest stage in order to promote its six-month-old streaming service, YouTube TV. The so-called “skinny bundle,” which offers close to 50 live TV channels in exchange for $35 per month, was the presenting sponsor of the World Series. Through commercials, broadcaster shout-outs, and a strikingly effective billboard, its presence proved impossible to ignore.

Now, after seven thrilling games, the World Series has concluded, and observers are curious to know if YouTube’s big campaign was worth the price.

YouTube hasn’t ever offered specific subscriber numbers for YouTube TV, so it’s impossible to pinpoint the exact degree to which the World Series campaign brought in new customers, but Courtin said the increase was “multiples” greater than expected. “We wanted to increase national awareness for YouTube TV. We saw double digit increases,” she told Adweek. “We wanted to increase the connection with fans that YouTube TV has live sports and is the place to watch live sports. We also had double-digit lift on that. We wanted to get people excited and talking about YouTube TV in terms of word of mouth [in social mentions and search]. We saw that nearly double.”

These gains came in spite of complaints related to YouTube’s advertising strategy. In particular, the red play button behind home plate distracted some viewers. On the internet, fans mistook the icon for an actual play button often tried to click still images that featured it. Ultimately, though, Courtain said that YouTube TV experienced “a significant lift in positive mentions.”

While the campaign may have been effective, it was almost certainly expensive. Adweek said that during the World Series’ pivotal seventh game, broadcaster FOX sold each 30-second spot for an average price $635,000.