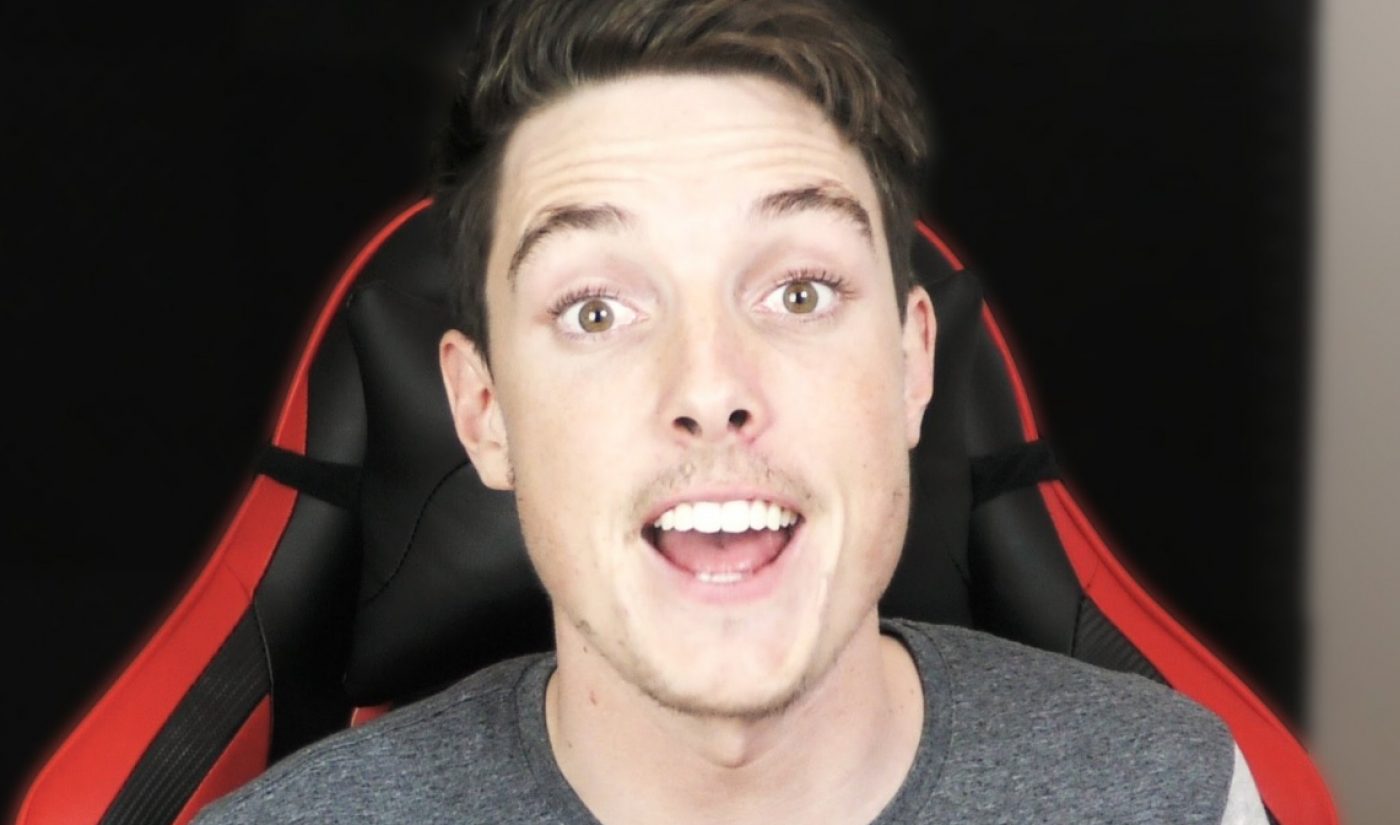 When you add wild gameplay decisions to well-known titles, you get LazarBeam. The channel run by Australian creator Lannan Eacott is a canvas that highlights its host’s unusual in-game choices. In the series that put him on the map, for example, he played out various challenges within the Madden NFL franchise.

Eacott, who is partnered with Rooster Teeth, now plays a lot of different games on his channel, but he always lets his personality shine through. Here is our conversation with him:

Tubefilter: How does it feel to have more than one million subscribers on YouTube? What do you have to say to your fans?

You grow up watching content creators, admiring their work and daydreaming about having the same job one day, but you never expect to get there. All I can say is I’m incredibly lucky and grateful I’ve gotten this far, and I could not have done it without the support of family and fans.

As far as a message to fans, I’ll say it’s hard as a fan to really understand the impact you have on the content creator and how grateful that creator is. Fans are the only reason anything happens, and I will always be insanely thankful they chose to check me out!

TF: Your channel has grown rather quickly over the past couple of years. Why do you think that is?

LE: The biggest hurdle when trying to become a YouTuber is getting your first initial viewers.

Once you have those first viewers, YouTube takes care of the rest; it will push you into the suggested feed and create a sort of snowball effect.

I got those initial viewers by finding a unique way to play a game that already had a sizeable fanbase. This allowed me to share this content on places like Reddit and because it was something people hadn’t seen before, it actually got some attention.

TF: With so many gaming channels on YouTube, what would you say makes yours unique?

LE: With people creating such similar types of content these days I’d say the uniqueness mostly comes from the creator’s actual personality and style.

Every YouTuber can play the same game but everyone might play the game or edit the video differently, and as a viewer, you connect with one style more than the other.

For me personally I’d say I don’t hold anything back, I don’t censor myself; I put myself out there as a person, and that connects with people. It’s hard to tell as a creator though, as I’m sure all my fans connect with me for different reasons.

TF: Do you put forethought into your commentary, or would you say it comes off the cuff?

LE: The vast majority is just me saying whatever comes into my head.

No real need to script anything as it just comes off unnatural and most YouTubers have a hard time sounding natural anyway.

Sometimes I plan out the broad strokes of a video, but mostly I just have an idea and then wing it.

TF: Are you surprised that your Madden videos have become as popular as they are?

LE: Over time I’ve become a variety YouTuber and no longer really touch Madden, but as far as my first year on YouTube, Madden Challenges are what really got me started.

I guess I’m surprised the videos were so successful because I never expected it to go anywhere, but looking back it’s not really that surprising.

At the time the Madden community was somewhat large, but the content was stagnant. Everyone was making the same bland videos, and then I came along and changed the way it was done.

The community jumped on it since it had never been done before, allowing me to grow.

TF: What is your favorite aspect of the Madden-related challenges you complete?

LE: My favorite part was just the absurdness of the whole thing.

It was a challenge nobody asked for that would take me hours and hours to complete and was mostly completely pointless, yet somehow it all came together.

TF: Having you noticed any interesting differences between the gaming communities in the US and Australia?

LE: Not really honestly. Outside of our internet connection sucking it’s mostly the same.

TF: What game would you like to play more on your channel?

LE: Current addiction is Fortnite Battle Royale. I want to play that 25 hours a day.

I know that’s vague and stupid but it’s pretty much all I got as far as plans go!