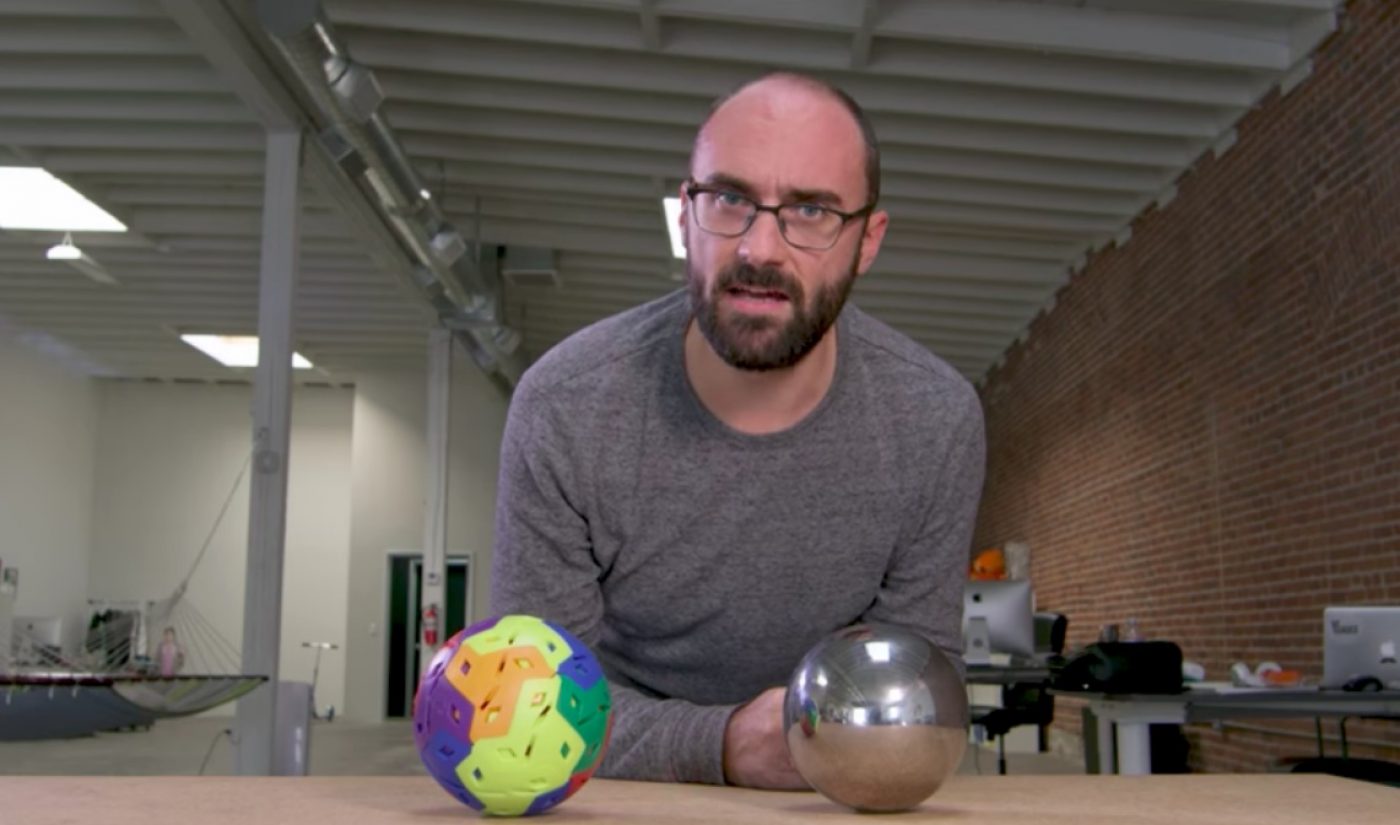 New videos on the original Vsauce channel don’t arrive with the typical frequency of a YouTube star, but whenever Michael Stevens launches a fresh upload, he makes sure it is worth your time. The first Vsauce video in more than two months is a discussion of mass, weight, gravity, and other forces, and it arrived on YouTube just a few days before Stevens will embark on a nationwide tour with former Mythbusters host Adam Savage.

The new Vsauce video, titled ‘Which Way Is Down,’ attempts to reorient how viewers think about their physical relationship with the earth. As Stevens explains, individuals exert force on the planet just as it pulls us in with its gravity. Therefore, “down” is not a constant direction but rather a shifting one affected by several outside forces. Stevens proceeds to discuss a few of those forces, which requires him to put together a demonstration of Einstein’s model of gravity.

Viewers who enjoy watching Stevens nerd out can try to catch him during the Brain Candy tour, during which he and Savage will present their shared love of science to audiences. The event series will begin in Providence on November 14 and will hit 24 North American cities during its first leg. A trip to Australia, as well as a second batch of American shows, will begin in 2018.

The main Vsauce channel has more than 12 million subscribers. Beyond its free content, it is also the home of Mind Field, an eight-episode series Stevens released for YouTube Red subscribers.