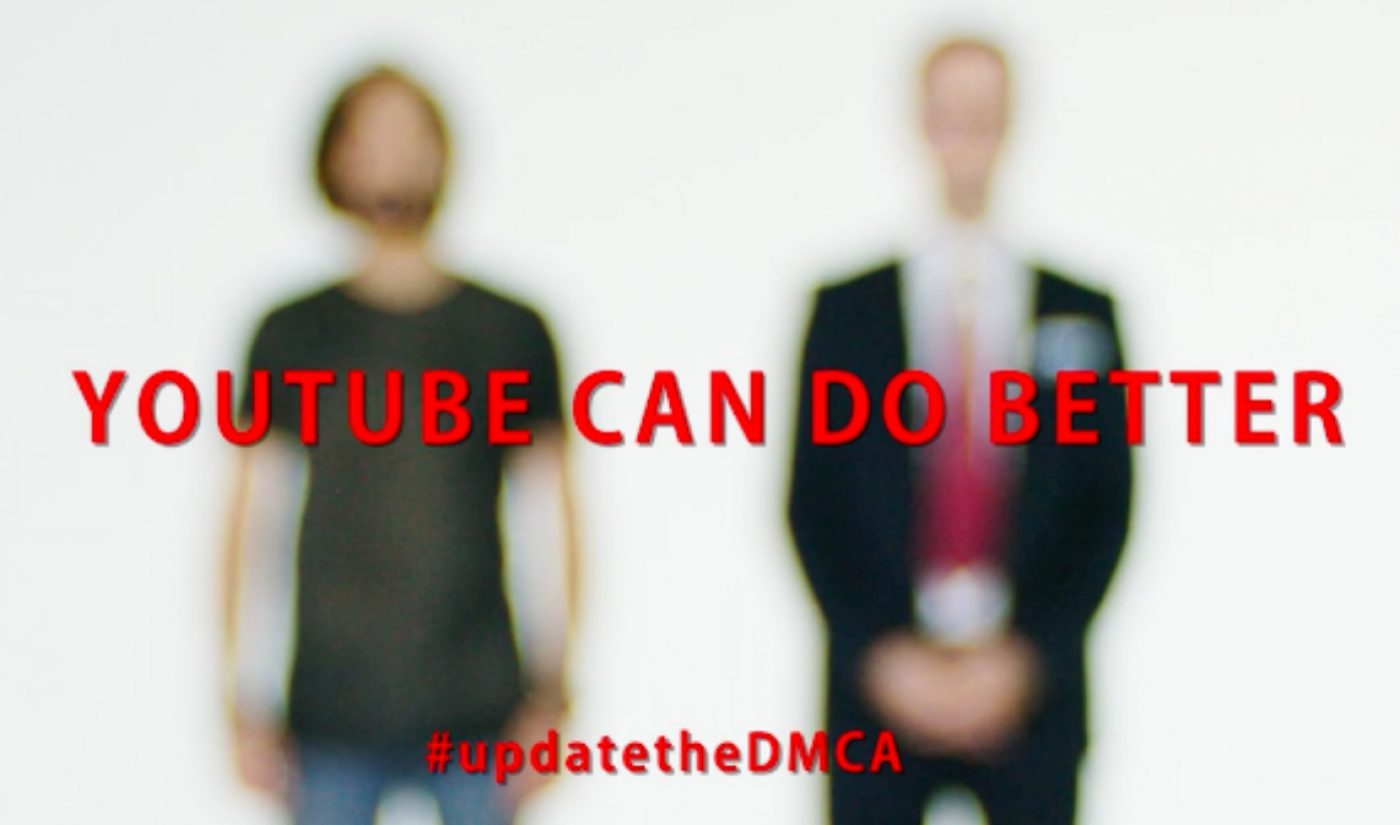 The music industry continues to excoriate YouTube for the perceived low rates it pays to artists, and one organization of songmakers and performers is putting that message in front of the video site’s viewers. The Content Creators Coalition (c3), a unit run by artists, has launched an ad campaign that will run, among other places, on YouTube.

c3’s ads resemble the ‘Get A Mac‘ spots Apple aired during the aughts. In each of the new clips, an artist butts heads with an inconsiderate executive, who serves as an avatar for YouTube. One ad cites the perceived “value gap” between YouTube and other streaming services, an argument the video site has attempted to counter. Another spot concerns YouTube’s video takedown rules, which, according to c3, do little to dissuade content pirates.

Each ad includes the hashtag #UpdateTheDMCA, thus spelling out c3’s goal for its campaign. The organization, like others in the music industry, wants the government to change the Digital Millennium Copyright Act, which represents the US government’s current policy on digital piracy. In particular, artists and labels have attacked the DMCA’s “safe harbor” provision, which states that platforms like YouTube are not culpable for pirated material uploaded by their users, so long as they respond to claims by rights holders who wish to take down that infringing content.

“Google’s YouTube has shortchanged artists while earning billions of dollars off our music. Artists know YouTube can do better. So, rather than hiding behind outdated laws, YouTube and Google should work to give artists more control over our music and pay music creators fairly when our songs are played on their platform,” said c3 President Melvin Gibbs, a bassist who has performed with dozens of bands. “Our ads send a message to the executives in Mountain View that artists are fighting back and mobilizing fans to push Congress to update the DMCA and end the legal neglect that has given Big Tech too much power over our work and society.”

Even if c3’s message successfully reaches YouTube viewers, safe harbor will not be overturned so easily. The provision has been defended multiple times in the legal arena, with multiple courts agreeing it would be impossible for sites like YouTube to actively police all of the videos its users upload each day.