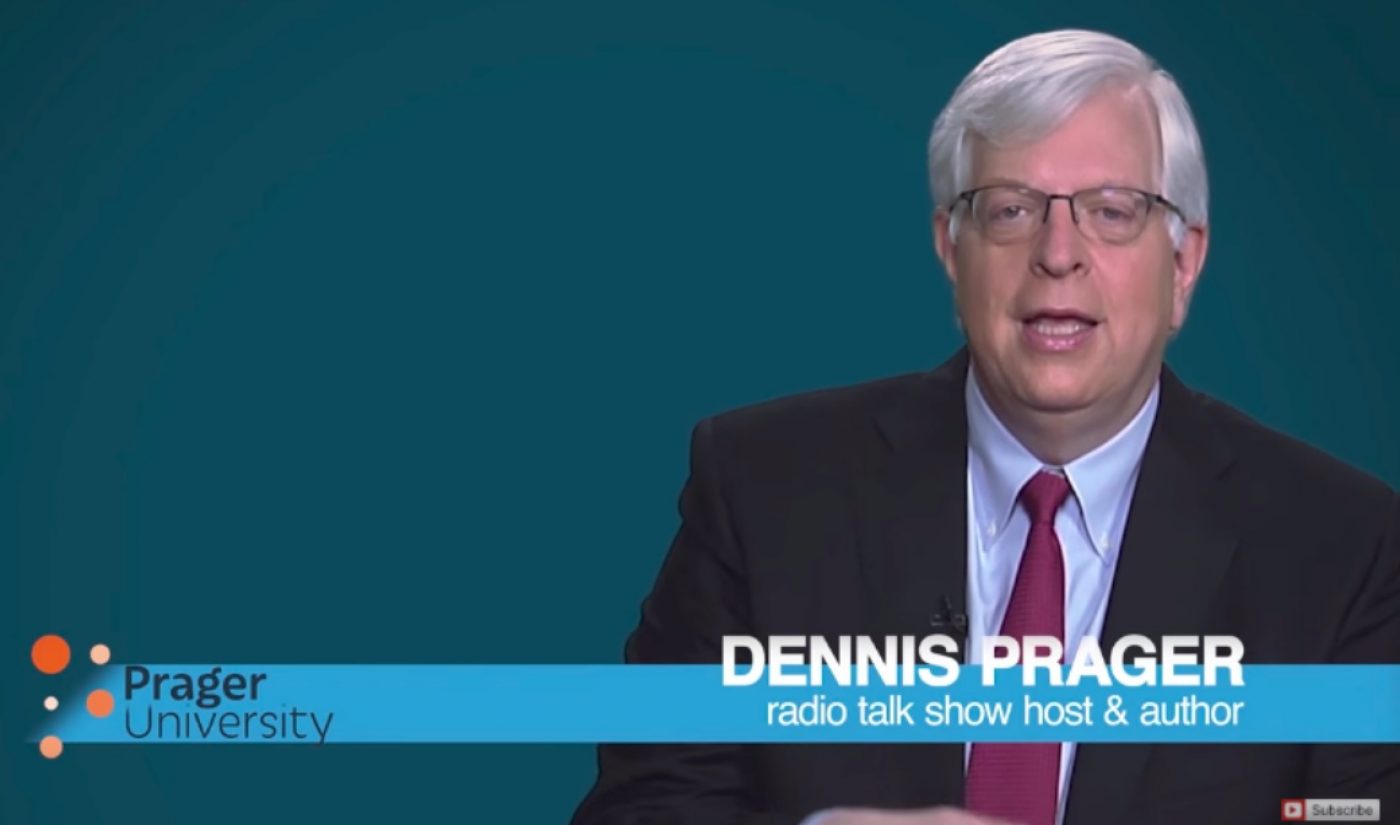 Does YouTube, as a private company, have free license to restrict any videos uploaded to its platform? Should the voices of creators be protected, even if they peddle controversial ideas? These questions are at the center of a new lawsuit filed by Prager University, a conservative organization that has accused YouTube of violating the first amendment rights of its creative team.

Prager Unviersity, founded by radio host Dennis Prager (pictured above), posts videos on YouTube via its PragerU YouTube channel. The organizations clips are informed by right-wing ideology and often concern hot-button issues such as feminism, gun rights, and tensions in the Middle East. PragerU’s arguments are accompanied by simple animations that serve as visual aides for presenters.

Over the past year, PragerU’s content has brought it at odds with YouTube. The video site has designated more than 30 of the channel’s videos as inappropriate for some audience, PragerU says. As a result, those videos are unable to accrue ad revenue, and they do not appear in YouTube’s Restricted Mode, the content filtering option employed by many parents and school administrators.

PragerU says YouTube’s decision to keep its content out of Restricted Mode represents a form of political censorship, and with its lawsuit, which it filed in federal court in San Francisco, it hopes to compel the video platform to change its policy. “Google/YouTube uses their restricted mode filtering not to protect younger or sensitive viewers from ‘inappropriate’ video content, but as a political gag mechanism to silence PragerU,” reads the complaint, which was reported by The Wall Street Journal.

The simplest counterargument to this claim is that YouTube, as a private enterprise, is entitled to restrict any content that arrives on it shores. PragerU’s response to that point seems to be centered around the size of YouTube’s audience. Given the massive audience that accesses the video site each day, PragerU believes it should be treated as a public forum.

PragerU’s suit could have implications for creators across YouTube, so it will be worth keeping an eye on as it progresses. YouTube itself has not yet commented on the legal action.