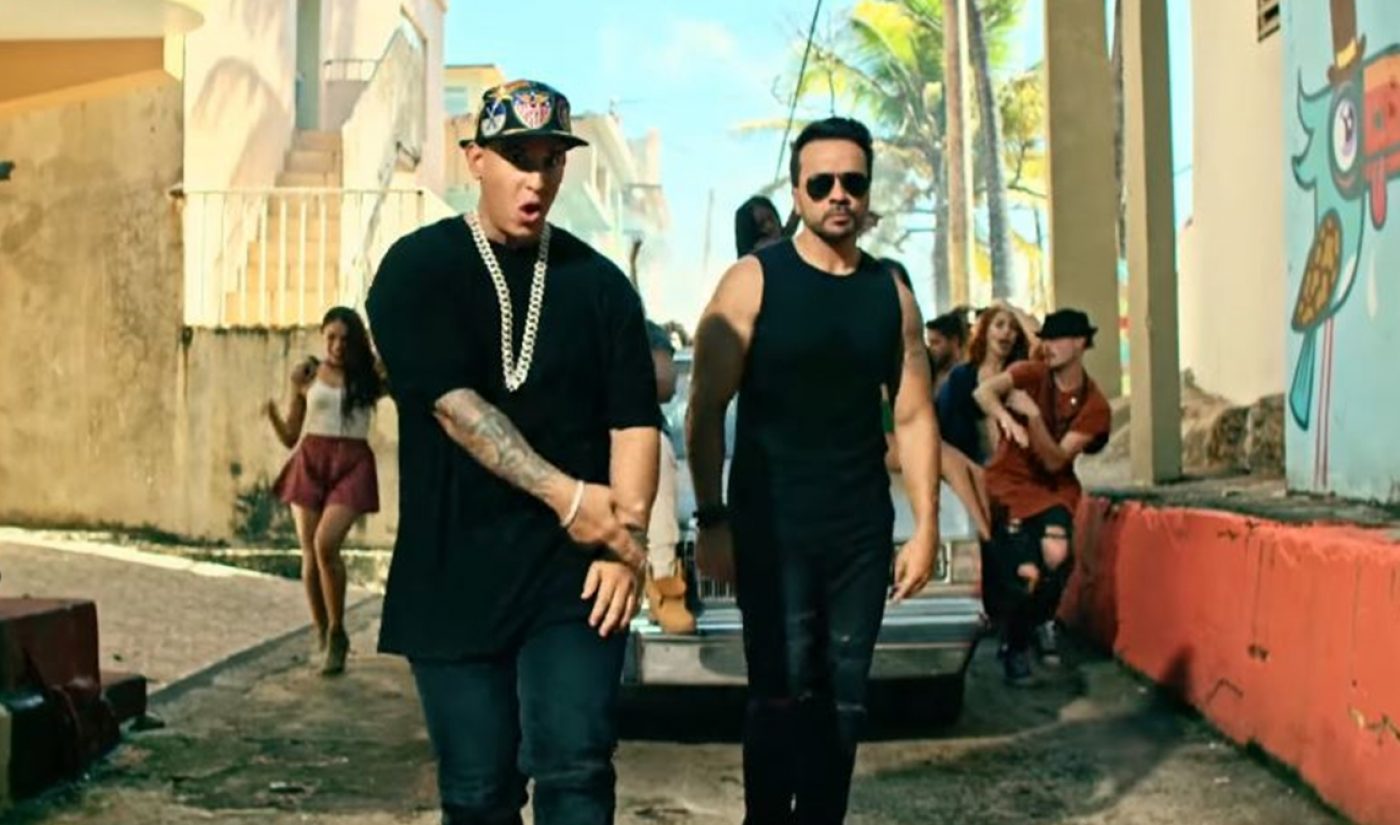 “Despacito“, the Reggaeton pop smash by Luis Fonsi and Daddy Yankee that has decimated YouTube records — becoming the most-watched video in the site’s history, and the first-ever to surpass 4 billion views — has a rather humble origin story.

The music video for “Despacito” — which is also the most-streamed song in music history — was shot in 14 hours in Old San Juan, and edited entirely on Apple’s popular Final Cut Pro X software at a small boutique studio in Miami called Elastic People, its founder and the video’s director Carlos Pérez shared in a new interview with FCP.co.

“We decided that the video would be like a day in a life inside the culture of Puerto Rico,” Pérez said of the concept. “We used standard production gear” — including a RED Epic Dragon and a DJI Inspire drone. The video was edited by Elastic People’s in-house editor — and Perez’s longtime collaborator — Leo Arango. “Our clients want to be impressed with our creative ideas and with the visual stories we create for them, not with the size of our edit bay or the kind of graphics cards we use.”

Other choices that helped the video become a singular success include casting former Miss Universe Zuleyka Rivera, who hails from Puerto Rico, as the female lead, as well as shooting many scenes in hi-speed so that they could be slowed down in editing to harken back to the song’s title (which translates to ‘slowly’ in English). Nevertheless, Perez says, the overwhelmingly positive reaction was a bit of a shock.

“It’s indeed not the most cutting edge or most progressive video I’ve done,” he says of the clip, which has been nominated for a Latin Grammy and is also in the running for ‘Video Of The Year’ at the American Music Awards. “But it’s probably one of the most honest ones. Not only in the choreography but also in the textures, the colors, the lighting, and in the way we have produced it.”