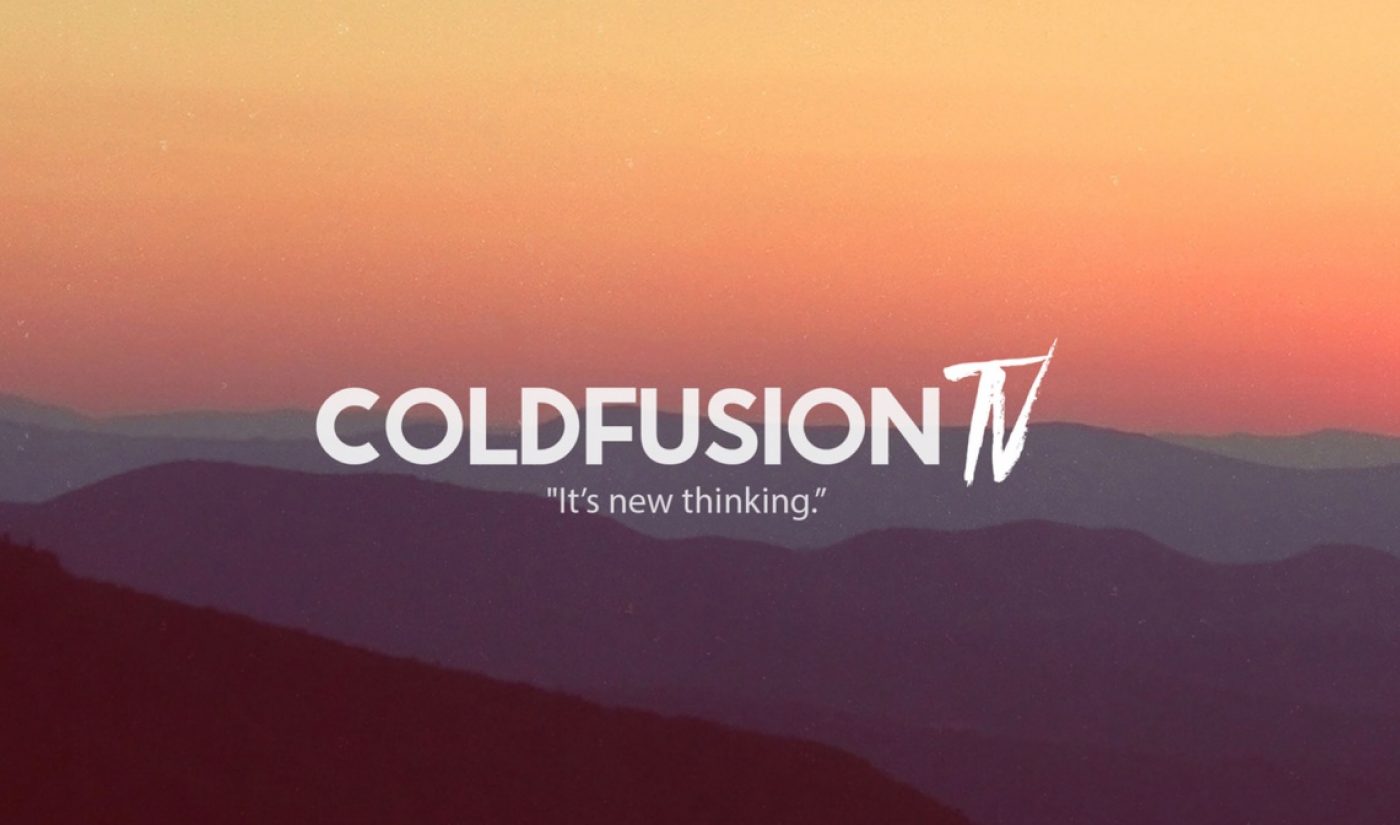 As technology to accelerate into a greater portion of our personal lives, Dagogo Altraide will be there to catalog the transformation. Altraide, a creator from Australia, is the man behind ColdFusionTV, a collection of tech-related video essays. In his lectures, Altraide looks at the history of human advancements, examines the size and scope of today’s biggest companies, and looks into the gadgets that will play big roles going forward. His lucid style and his thorough approach to his subjects has allowed ColdFusionTV, which is partnered with Studio71, to surpass one million subscribers. Here’s our chat with him:

Tubefilter: How does it feel to have one million subscribers on YouTube? What do you have to say to your fans?

Dagogo Altraide: Having more than 1.3 million subscribers is the most surreal feeling. My city, Perth, has a population of 1.6 million people. To approach that number is something I still haven’t gotten my head around. That many people want to watch my stuff?

All I have to say to my subscribers is a huge thank you. It’s you guys that make this all possible!

DA: It’s a mental process strongly linked with the distilling of information. It’s really all about thinking about the info coming in, processing it, and asking the question: “Okay what are they ACTUALLY saying?” This can either be interpreting technical jargon or using useful analogies.

TF: How much research goes into any one of your videos?

DA: It depends. Anywhere from three days on news based videos, to two weeks on some of the bigger projects like the How Big Is… series or the rise and fall of a company.

TF: When producing a video, what visual techniques do you prefer in order to keep your viewer’s attention?

DA: Personally, as a rule of thumb, no scene should last more than five seconds. The images themselves should tell most of the story. If a viewer turns off the sound, they should have a rough idea of what I’m talking about just by looking at the visual images. The scenes also shouldn’t be overwhelming. For this I tend to use fades to lead the viewer smoothly between concepts.

TF: As you continue to make videos related to certain topics, do you take into account the feedback you have received from your viewers and any contrasting opinions they have shared on those topics?

DA: I definitely do, sometime for technical matters, the way I phrase certain things, or the content itself. Regardless, I always try to take the useful stuff on board and strive to be better with each video. There will always be contrasting opinions (and a seemingly increasing range of them as time goes on). At the end of the day, it comes down to a matter of distinguishing the constructive feedback from someone who is trying to be counterproductive.

TF: Does the constant grind of the YouTube schedule ever wear on you?

DA: It goes in cycles, about once every two months I seem to have a burn out. I love what I do so it’s not too long before I’m back on the horse.

TF: Which tech company, in your mind, deserves more attention than it gets?

TF: Where do you see tech evolving to over the next fun years? What fun advancements do you think we have in store?

DA: Personal A.I. helpers, phones as powerful and capable as today’s PCs, Hybrid VR and AR glasses that will be as light and agile as regular sunglasses and most importantly, an increase in battery technology pushed by the demand caused by electric cars.

DA: I’m currently writing a book on key moments in technology history from the industrial revolution till the 2020’s. Let’s just say that there may or may not be a corresponding video series 😉