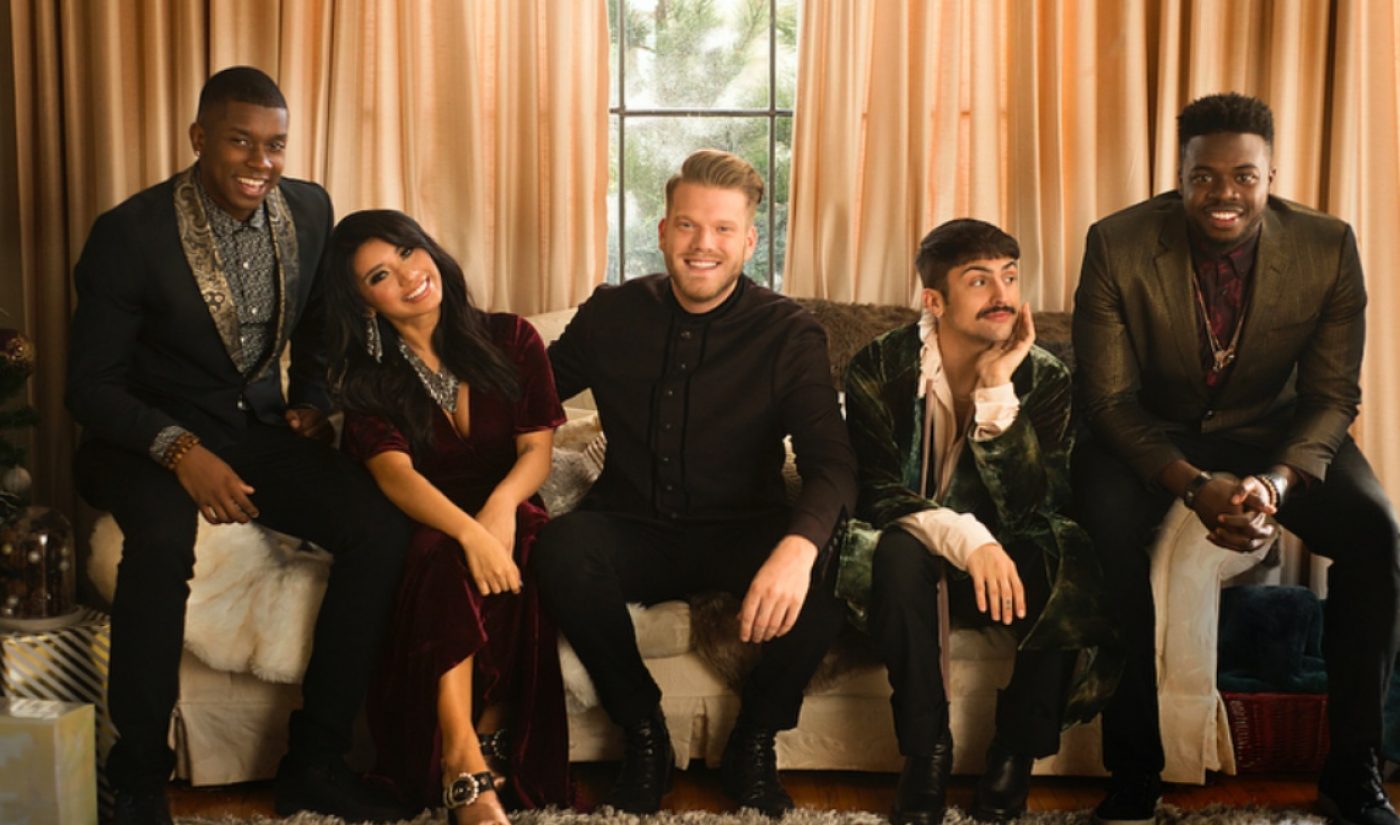 It’s been five months since Avi Kaplan, the founding bass singer of Pentatonix, decided to step away from the popular a cappella group. The Pentatonix YouTube channel, which has more than 13 million subscribers, has been quiet since then, but with the holiday season fast approaching, the musical quintet has now added a new member to its ranks. Matt Sallee will join Pentatonix as its bass voice for both an upcoming wintertime tour and a new album called A Pentatonix Christmas Deluxe.

Sallee, a graduate of the Berklee College of Music, will take over Kaplan’s position in the lowest register of Pentatonix’s range. The group, whose other members are Kirstie Maldonado, Kevin Olusola, Scott Hoying, and Mitch Grassi, welcomed its new addition into the fold with an Instagram post. “We love Matt and we think you’ll love him too,” it reads.

“If you happen to be at our holiday special taping or you’re at any of our shows this winter or you’re listening to our performance of “Deck the Halls” on A Pentatonix Christmas Deluxe (and, eventually, watching its video), you might see or hear the wonderfully deep voice of Matt Sallee, who we are very fortunate to have joining us for the holiday season.  We love Matt and we think you’ll love him too.  We took this picture on set of our “Deck the Halls” Guys! So it’s official! I am so honored to be singing with @ptxofficial!!! They have been nothing but the most humble and sweet human beings in the world and I’m so blessed and humbled to work with a group of people I have looked up to for such a long time. Dreams do come true people! I’m living proof of it 😌💚

Can’t wait for you guys to hear this! Def one of the most humbling things I’ve ever sung on! https://t.co/pYiDT7aJHT

For those who would prefer to see Pentatonix live, the group will play 14 shows across six cities in December, with Sallee featuring in all of the performances. Several of the dates are already sold out, but some tickets are still available by clicking here.